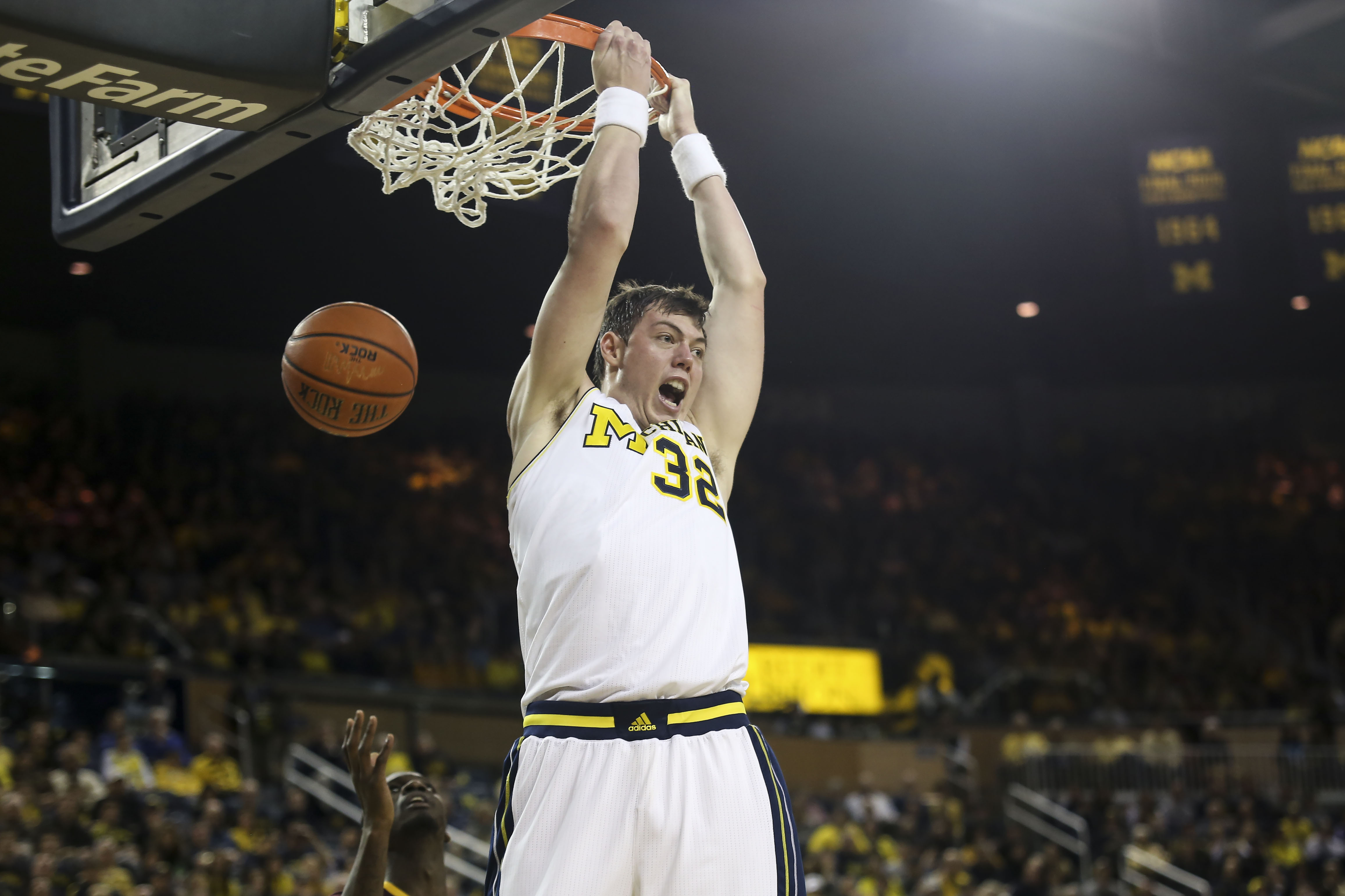 Michigan’s 62-57 win over Minnesota on Saturday afternoon was filled with many of the familiar, often times frustrating, storylines that have defined its season to date. The Wolverines shot the ball poorly from three-point range, were plagued by long scoring droughts, but there were also a few more encouraging trends as the 1-3-1 zone helped the Wolverines come back from a nine-point deficit to beat the Gophers.

Michigan’s 62-57 win over Minnesota on Saturday afternoon was filled with many of the familiar, often times frustrating, storylines that have defined its season to date.

The Wolverines shot the ball poorly from three-point range, were plagued by long scoring droughts and were unable to extend an early lead despite Minnesota missing nine of its first 11 shots.

But there were also a few more encouraging trends. The Wolverines were able to come back from a significant second half deficit once again, trailing by nine points with 11 minutes to play, and the 1-3-1 zone was John Beilein’s trump card down the stretch for the third time in Big Ten play.

It’s not always pretty, but this young (and at times flawed) Michigan team appears to be learning how to win games in crunch time. The Wolverines have now won three Big Ten games in four tries after only managing to beat two high-major foes in non-conference play.

Michigan was led by Derrick Walton Jr. and Caris LeVert, who both scored 15 points, but the late-game hero was Ricky Doyle, who finished with 12 points including a decisive alley-oop finish over Minnesota big man Maurice Walker to give Michigan a four point lead with 28 seconds to play.

The last time Michigan won a Big Ten game while shooting this poorly was March 3rd, 2013 (a 58-57 win over MSU), but the Wolverines deserve credit for hanging in there despite just 22% three-point shooting. The good news offensively is that Michigan finally able to shoot 50% inside the arc and also handled Minnesota’s pressure very well. Michigan’s 15% turnover rate was the lowest forced by Minnesota all season.

I also thought that John Beilein coached a great game down the stretch. He put Caris LeVert in a position to make plays late, but also featured a few wrinkles. Running a high ball screen out of a timeout with Derrick Walton and Ricky Doyle with under a minute to play was a surprise, but both players answered the bell as LeVert stood in the corner and allowed Michigan to play four-on-four.

Michigan held the Gophers to .94 points per possession of offensive output, mostly because the Gophers kept throwing the ball to fans in the first three rows. Minnesota coughed the ball up on 28% of its offensive possessions and the Wolverines translated 17 turnovers into 22 points.

The decision to go to the 1-3-1 down the stretch was a no-brainer as Michigan couldn’t guard Minnesota off the bounce or in the post in the second half, and the Gophers were already looking ragged with the ball.  Like Michigan, Minnesota was able to get to the free throw line 20 times. However the Gophers shot just 55% at the line while Michigan made 16 freebies — accounting for the differential in the final score.

In the first half, Michigan did a great job of neutralizing Minnesota’s ability to score inside and handled the Gophers on the glass, but overaggressive trapping and doubling led to Minnesota making 5-of-11 threes. In the second half, Minnesota dominated inside, grabbing offensive rebounds on 11 of 21 opportunities, but cooled down from three-point range (27%) and had as many turnovers (11) as missed shots.

Michigan isn’t going to win many games when it shoots the ball this poorly and allows its opponent to rebound over 40% of its misses, but the Gophers gave this one away and Michigan made the plays down the stretch to seal the game.

After a 7-5 start in non-conference play, Michigan’s first four games of the Big Ten season couldn’t have played out much better. It hasn’t always been pretty, but the Wolverines split on the road and won two home games. Tuesday’s trip to Ohio State is a probable loss, but Michigan is also playing with a bit of house money and a chance to gain some big momentum with a road upset.