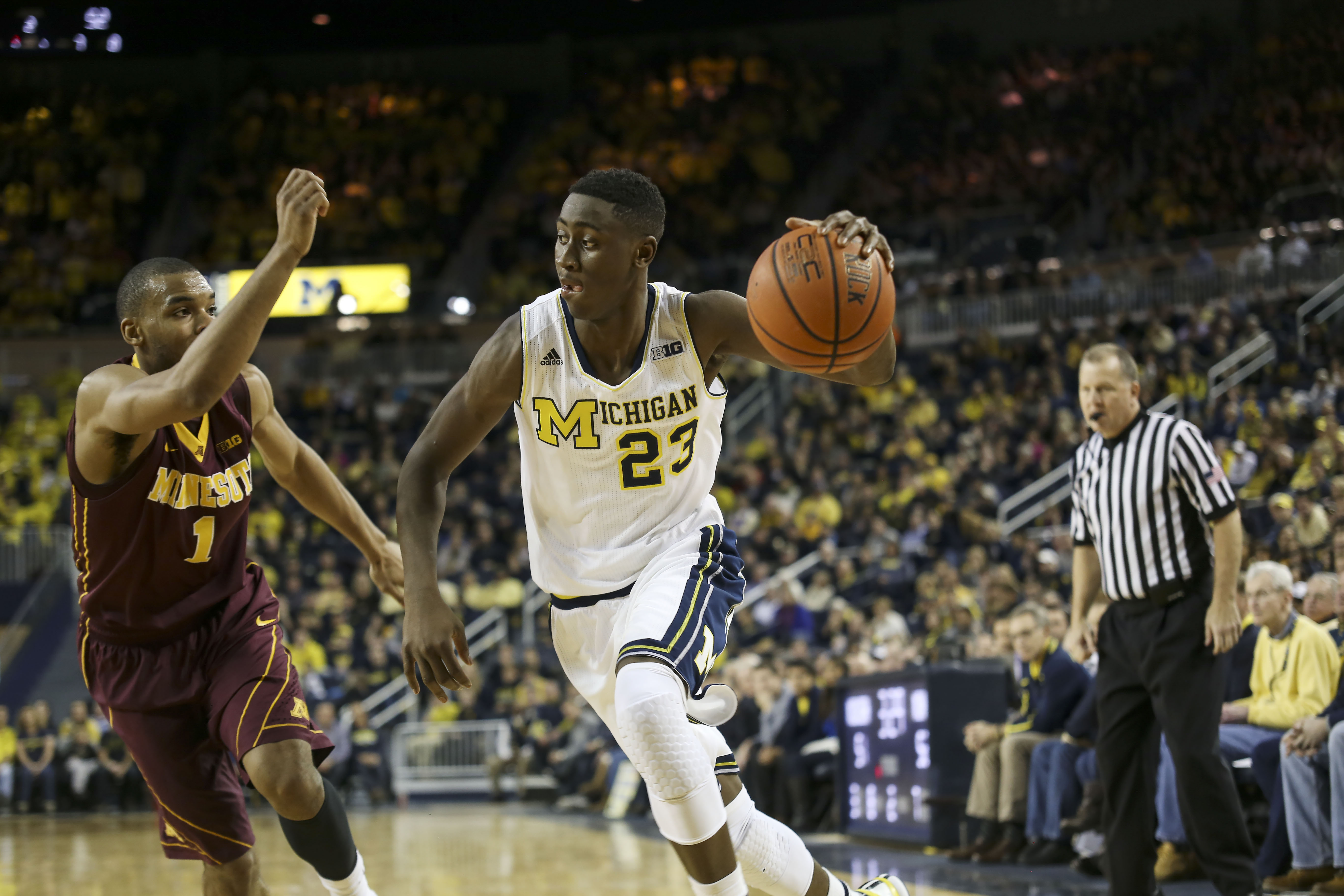 Tuesday’s game at Ohio State means more to Caris LeVert and Mark Donnal, the only two players on the Michigan roster from the state of Ohio. LeVert is from Pickerington and went to Pickerington High School Central, where he won the state title in 2012. On that team was Jae’Sean Tate, who now averages 6.7 points off the bench as a freshman for the Buckeyes.

The seven freshmen on Michigan’s roster may not understand the intensity of the school’s rivalry with Ohio State, but the newcomers will learn soon enough.

As John Beilein said Monday, all it’ll take is a few moments of “friendly discussion” from the Value City Arena fans to familiarize themselves with the level of passion.

“Our kids take a lot of pride in this particular game.”

Tuesday’s game might mean more to Caris LeVert and Mark Donnal, the only two players on the Michigan roster from the state of Ohio. LeVert is from Pickerington, a couple dozen miles down the road from Columbus, won a state title with Pickerington Central in 2012.

On that team was Jae’Sean Tate, who now averages 6.7 points off the bench as a freshman for the Buckeyes.

“It does [mean more],” LeVert said of playing Ohio State. “At the same time, every Big Ten game means a whole lot, especially the road games. And Ohio State’s a big game for us, being a rivalry game as well.”

While the Buckeyes have plenty of offensive weapons, Beilein said the most difficult part of facing them is dealing with strong on-ball defenders and a group that forces more than nine steals per game.

The Buckeyes are paced by freshman phenom D’Angelo Russell, a 6-foot-5 guard who leads the team in scoring, averages 4.6 rebounds and is an above-average defender, too, having tallied 30 steals.

“We always want to make sure he’s taking good ones,” said Ohio State coach Thad Matta on the Big Ten teleconference Monday morning. “He’s shown throughout the course of the season thus far that he has the potential to knock them down and get rolling.”

“He’s got a unique skillset right now,” Beilein said of Russell. “He’s really shooting the ball well, which a lot of young kids do not come in and just are shooting. And, with his assist numbers, he has a flow to his game.

LeVert said Derrick Walton will be tasked with defending Russell at first — a five-inch height disparity — but that “he’ll obviously have a lot of people guarding him throughout the night.”

Michigan has been searching for a go-to defender to lock down players like Russell.

“We’ve tried to look at different people who can do that, challenge people,” Beilein said. “Derrick Walton has done an exceptional job the last couple of games at Penn State and the other night. He has really done a great job. I wouldn’t call him that yet but I think he likes that and being in that position. I love the way he’s playing.”

Michigan looks different now than it had for much of the season.

Albrecht and Walton are both starting as the Wolverines rely more heavily on the two-point guard system; injuries to nearly all of the backcourt have stopped being such major hindrances; and Michigan has been rolling out zone looks to force defensive stops.

“With what they lost, it does take some time to put the pieces together,” Matta said. “Obviously, John is one of the best in the business at doing that. I think that they’ve hit their stride in terms of getting their rotations and settling in on how they’re going to play,”

The Ohio State coach does have plenty of experience against the 1-3-1, which hounded Minnesota into 11 second-half turnovers Saturday. Matta dealt with the zone when he worked at Xavier and Beilein coached Richmond.

“They’ve got length, and they’ve got a good understanding of what they’re doing,” Matta said. “Like all of us, they’re trying to find something that’s going to work and stick with it.”