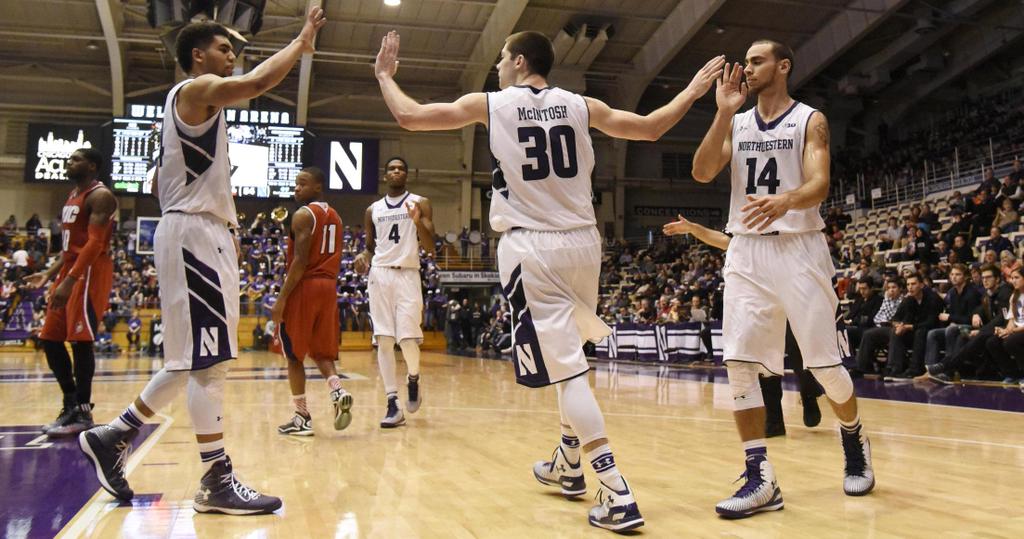 The Wolverines will look to put Tuesday’s disappointing blowout loss at Ohio State in the rear view mirror as they host Northwestern for a Saturday evening tilt at the Crisler Center.

The Wolverines will look to put Tuesday’s disappointing blowout loss at Ohio State in the rear view mirror as they host Northwestern for a Saturday evening tilt at the Crisler Center.

The Wildcats travel to Ann Arbor with a 10-7 record and are just 1-3 in Big Ten play, with the win coming at Rutgers and respectable losses to Wisconsin, Michigan State and Illinois. Northwestern came tantalizingly close to upsetting Michigan State in East Lansing, but Tre Demps’ buzzer-beater rimmed out and the Spartans prevailed in overtime.

On the other hand, this Northwestern team’s best win was at home over North Florida during the non-conference season. Chris Collins’ team has improved significantly on the offensive end after last year’s dreadful offensive season, but still has a long way to go.

Northwestern’s offense hasn’t been great this season – the Wildcats are ranked 176th nationally in adjusted offensive efficiency – but it has been very impressive over the last two games. The Wildcats scored 1.10 points per possession at Michigan State and followed that up with 1.09 points per possession against Illinois. Both games resulted in losses, but they were impressive showings from an improving offense.

Northwestern does a great job of valuing the basketball, giving it up on just 16.4% of its offensive possessions (31st nationally). The Wildcats also do very little on the offensive glass — rebounding 26% of their misses — and only attempt 30 free throws per 100 field goal attempts (325th nationally). They also aren’t afraid to bleed the clock as the third slowest team in the conference after Michigan and Wisconsin.

The Wildcats have mustered just a 49.4 eFG% (139th) and are shooting 48% on twos and 34% on threes. All of those numbers are fairly average, but in Big Ten play Northwestern has heated up from outside, shooting 37.5% from long distance.

Nearly a third of Northwestern’s offense possessions are ball screens (including passes) and the they grade out in the 74th percentile nationally according to Synergy Sports.

On the defensive end of the floor, Northwestern’s strength is its ability to clean up the glass. The Wildcats rebound 73% of their opponents’ misses and have also done a great job of defending the interior. The glaring weakness of Northwestern’s defense is its inability to force turnovers as its opponents only give the ball away on 16.7% of their trips — 311th nationally.

True freshman Bryant McIntosh leads Northwestern in scoring and assists with averages of 13 points and four dimes per game. He has a lot of maturity to his game and can handle on ball screens and really create offense for a team that isn’t necessarily loaded with creators. He’s not the most efficient player — 43% on twos, 41% on threes, 22% turnover rate – but he’ll be a staple of Northwestern’s offense for a while to come.

6-foot-3 guard Tre Demps is a chucker, but he’s very capable of heating up in a hurry. His shot chart is a bit ugly, but he always seems to hit shots in big moments for the Wildcats. Alex Olah stands 7-foot, 270 pounds and is a capable scorer with his back to the basket when given time and space, although his low post efficiency has regressed this season. He’s a solid rebounder that isn’t afraid to step out and shoot a three (7-of-20), but his 2-point shooting percentage is down six percent to 49% this season.

This Northwestern team doesn’t shoot as many threes as Bill Carmody’s teams, but players like Nathan Taphorn and Scottie Lindsey both play limited minutes as primarily three-point shooters. Even backup point guard Dave Sobolewski has started hitting some shots this season, but he’s just a shooter, the 6-foot-1 point guard is 7-of-18 on threes and 2-of-6 on twos this year.

Tuesday’s trip to Columbus was presented as an opportunity to make up ground, but a Saturday home game against Northwestern is a game where you can’t afford to lose any. KenPom favors Michigan, 61-54, and gives the Wolverines a 78% chance of picking up their fourth Big Ten victory.