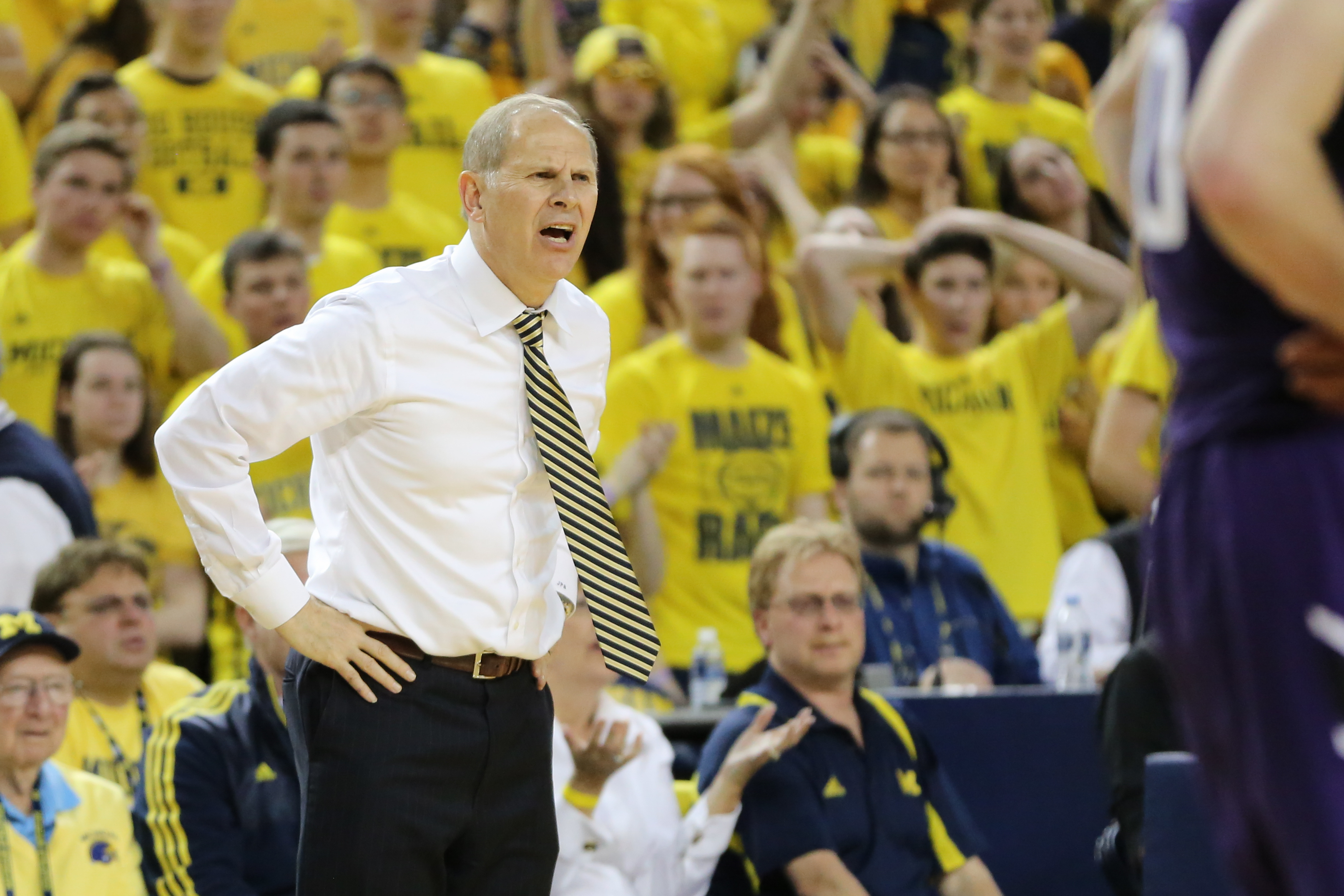 Michigan is enduring one of its most difficult stretches in recent memory health-wise. Several key players are injured or sick, which means you might hear some new names Tuesday night when the Wolverines face Rutgers. We’re here to help clarify.

The Michigan basketball team is enduring one of its most difficult stretches in recent memory health-wise. Several key players are injured or sick, which means you might hear some new names Tuesday night when the Wolverines face Rutgers.

“We have more injured or sick players than we have healthy players right now,” Beilein explained today.

The injured list is long and confusing, so we’re here to help clarify:

Caris LeVert (out): The junior guard fractured a bone in his left foot during the final play of the Wolverines’ 56-54 win over Northwestern on Saturday. He will undergo surgery this week and is out for the year. The fracture was to the same bone and foot on which LeVert had an operation this May. Though this is a “complete” fracture, per coach John Beilein, doctors expect a 100% recovery.

Spike Albrecht (questionable): The junior guard missed Saturday’s game with an upper respiratory infection, an illness that seems to have spread to much of the team. Albrecht didn’t feel well enough to practice Sunday, and his status for Tuesday’s game is in jeopardy.

Kameron Chatman (questionable): The forward was the only true freshman in Michigan’s day-one starting lineup, but has been relegated to the bench lately due to inconsistent play. However, he aggravated his knee during practice Sunday and is dealing with swelling, so his status for the Rutgers game is also unknown.

Derrick Walton (probable): The sophomore guard has been battling turf toe for much of the season, and he has managed to play through it. After Saturday’s win, Beilein said Walton was beginning to regain the confidence he had before the injury. However, Walton was limping heavily after the Northwestern game, and he too sat out practice Sunday. He should play against Rutgers, but the turf toe could impact him more than usual.

Ricky Doyle (questionable): The freshman center sat out the second half of Saturday’s game after being largely ineffective in the first half, and Beilein explained he too was dealing with an illness similar to Albrecht’s. Doyle couldn’t practice Sunday, and his status Tuesday is also unknown. The Wolverines survived without Doyle against Northwestern, using a heavy dose of Max Bielfeldt and relying on the 1-3-1 zone.

Zak Irvin (probable): Beilein said Saturday that Irvin was also suffering from symptoms similar to Albrecht’s and that the sophomore forward had been on medication for three days. Irvin did practice Sunday, and Beilein expects him to start against the Scarlet Knights.

DJ Wilson (out): The freshman has been recovering from a sprained knee suffered in November and was cleared to practice in a limited capacity last week. He will not play against Rutgers. Initially, the plan was to redshirt him unless a series of “catastrophic” injuries occurred; Beilein said he’s still leaning toward giving Wilson that extra year.

Duncan Robinson (out): He’s sitting out the year due to NCAA transfer requirements, but an ankle injury suffered in the last few weeks means he hasn’t been able to practice, either. Due to his injury, and all the others, Beilein said he will use former players and team managers to play as the scout team in practice.

Austin Hatch: Hatch has only played limited minutes at the end of games this season as he works toward his recovery from a plane crash in 2011.

Aubrey Dawkins: The freshman is expected to start Tuesday at forward alongside Irvin.

Sean Lonergan: The former walk-on will likely be the team’s backup forward against Rutgers, if Chatman can’t go, Beilein said. He matched his career-high with two points against Nicholls State in November.

Mark Donnal: The center struggled inside against Northwestern’s Alex Olah, but he has gotten minutes all year and will assume a major role against Rutgers.

Max Bielfeldt: The third-string center works well in the 1-3-1 and performed admirably in the second half against the Wildcats. Though he’s undersized, his experience on a young team gives him an edge.

Muhammad-Ali Abdur-Rahkman: The freshman guard hit a key three-pointer as part of a nine-point performance against Northwestern. LeVert’s injury should mean more playing time for him all year.

Andrew Dakich: The sophomore walk-on is expected to redshirt this year so he can pursue an opportunity elsewhere during his fifth year.