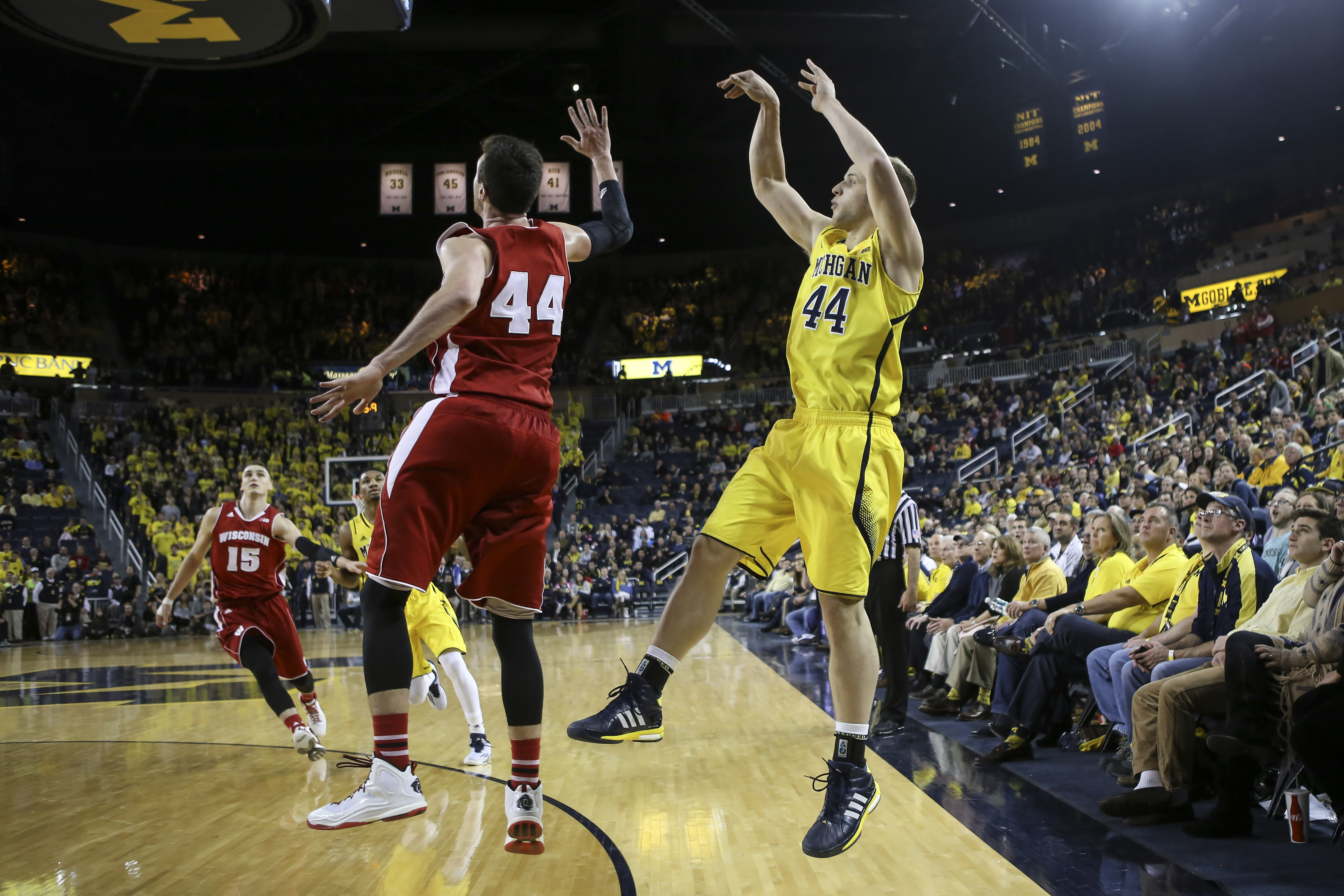 “We just went from the frying pan to the fire here with Wisconsin and now Nebraska,” said Michigan coach John Beilein on a teleconference Monday morning. “Just two teams that really are hard to score on.”

Nebraska may have one of the Big Ten’s best scorers in Terran Pettaway, but the secret to beating the Cornhuskers this season is cracking their defense.

And the Michigan basketball team, which averages just .98 points per possession, will have its hands full against one of the conference’s elite in stopping opponents.

The Cornhuskers have the second best defense in the league, allowing just .983 points per possession in Big Ten games, and are ranked 10th nationally in adjusted defensive efficiency. The Wolverines faced the Big Ten’s best team (and offense) on Saturday, now they will face one of the league’s defensive elites.

“We just went from the frying pan to the fire here with Wisconsin and now Nebraska,” said Michigan coach John Beilein on a teleconference Monday morning. “Just two teams that really are hard to score on.”

Monday afternoon, Beilein elaborated further on what makes the Cornhuskers’ defense so stingy. Their “Pack Line” defense pits one defender against the dribbler while the other four stay back behind the ‘pack line’, a couple of feet inside the three-point line. Ultimately, the goal is limit penetration and force contested jumpers, though the style can lead to open three-pointers.

“They are packing it in, but they’re more in the gaps,” Beilein said. “Wisconsin will not gap snatch. They will let you drive and stay with their man. This team, they’re in the gap, but they’re also going to go out and maybe get to threes, but try to get the steals while you’re throwing it to the three-point guy.

“Coach Miles has always been a good defensive coach.”

Beilein specifically praised Jim Molinari, an assistant with the Cornhuskers. Michigan faced Molinari in 2011-12 when he was head coach at Western Illinois. The Leathernecks held the Wolverines to 59 points in a near-upset at the Crisler Center.

“I think Jim Molinari is one of the best defensive coaches out there,” Beilein said.

Max Bielfeldt emerging at the five

The big man averaged just 5.3 minutes as a redshirt freshman in 2012-13 and 4.7 minutes in 2013-14, and he was reclassified to become a true senior this season. It didn’t seem as if the Wolverines would use Bielfeldt more than they had in the past.

But this year, he’s earning 10.4 minutes per game and contributing more than ever before. His performances this season have included an 18-point outburst early in the season against Bucknell, and eight- and nine-point nights against Rutgers and Wisconsin, respectively.

“He’s giving us that great option because he’s shown now that he can make a big three [like] in the Rutgers game,” Beilein said. “He’s probably our best scrapper of the three [centers] at getting possession.”

Bielfeldt still practices with the scout team, “and he has to be,” according to Beilein. The center is the only person on the team who understands his position well enough to emulate the style of an opponent.

“You see what his go-to moves are, and it kinda expands your game a little bit,” Bielfeldt said.

Before the center became known for his surprisingly solid senior year, he earned widespread recognition for his calves — a fact that isn’t lost on him.

Now, only 20% (of my tweets) are about my calves. I think that means I’m playing a little bit better of a game.”

“I think, honestly, it was Dan Dakich,” Bielfeldt said. “He was the one that kinda made it a thing on TV.

The Wolverines are “banged up,” as Beilein said Monday, but the coach wouldn’t specify who is hurt or how badly.

“I don’t want to make excuses, and I don’t want to give our opponents excuses of who could play, who might not play,” Beilein said. “But we’re pretty banged up right now.”

The illness that had swept through the team seemed to have passed by Saturday, though Spike Albrecht was still feeling under-the-weather against Wisconsin. Derrick Walton has been suffering from turf toe, but he said Saturday that he has been feeling better.

However, Beilein suggest Monday that there may be some changes to the starting lineup against the Cornhuskers.

As for Beilein himself?