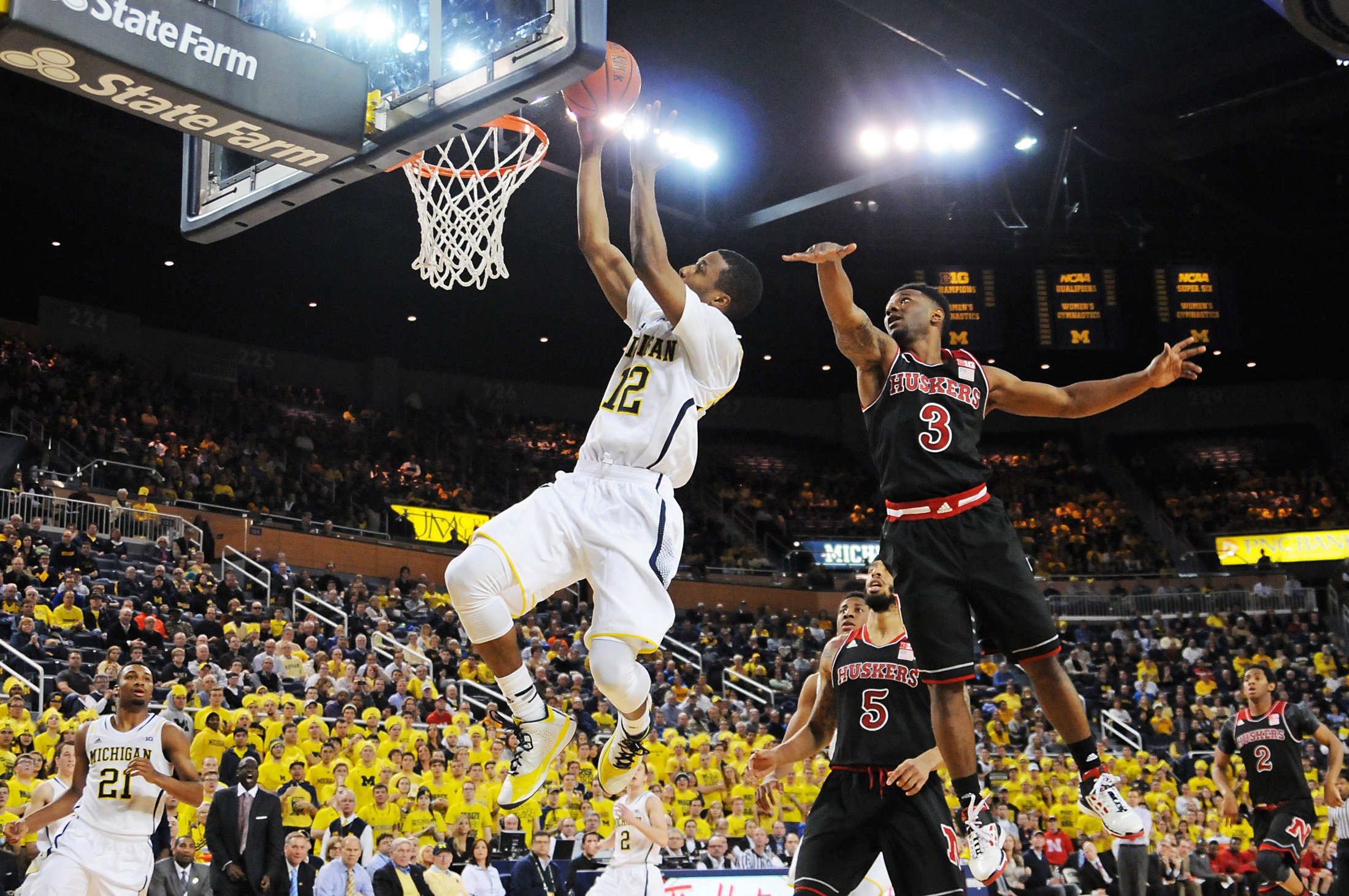 Only four active players on Michigan’s roster have ever played at Michigan State and one of the four, Derrick Walton, remains questionable with a foot injury. The rest of Michigan’s roster will learn quickly what the rivalry is all about on Sunday.

As Michigan basketball coach John Beilein noted, of the 14 players who will travel with the team to the Breslin Center on Sunday, just four have played in a game there.

Unfortunately for the Wolverines, one of their only players with experience on the road against Michigan State will likely only participate in a limited capacity, if he does at all. Derrick Walton Jr., he of the 19-point performance in East Lansing in a 80-75 win there last year, is uncertain whether the sophomore guard will be healthy enough to dress.

Walton had been bothered by a turf toe, which he suffered in November, but that has largely healed. The issue, as Beilein explained earlier in the week, is that the guard has overcompensated for the injury while running, which has caused further complications.

“Whether we can play well up there or not, all our guys are finding out thoroughly what Big Ten basketball is all about,” Beilein said.

The coach added that sitting Walton for an extended period of time is an option, but he was otherwise vague about whether the sophomore might be ready Sunday.

That leaves Spike Albrecht, Max Bielfeldt and Zak Irvin as the only players on Michigan’s roster with experience at the Breslin Center. Albrecht, who is also dealing with an undisclosed injury, said he feels “110%, always.”

Because of the inexperience, D.J. Wilson and Austin Hatch will travel with the Wolverines to East Lansing in order for them to witness the rivalry crowd, potentially helping them prepare for it better in future years.

“They’re ruthless down there,” Albrecht said of the Spartan fans. “They’ll talk about your sister, your mother, everything.”

Michigan State leads the Big Ten in defensive rebounding, grabbing 75% of its opponents’ misses. The Spartans also rank second in the conference in offensive boards, recovering 36.4% of their own misses.

One key to that is Branden Dawson, the best rebounder in the Big Ten with more than 10 per game — and he averages better than three boards per game on the offensive glass.

“We go to lunch, we box out somebody. We walk into film room, we’re boxing people out.”

As Beilein expressed Saturday, the Wolverines can ill-afford giving Michigan State second-chance points if they want to pull off the road upset. So Michigan is practicing the fundamentals all day long.

“We go to lunch, we box out somebody. We walk into film room, we’re boxing people out,” Beilein said. “You’ve just gotta get them off the backboard if you have any chance of winning.”

The coach added that transition defense will be another key to Sunday’s game, particularly since the Spartans are so adept at defensive rebounding.

“Young teams are not very good at transition defense,” Beilein said. “That’s a thing we worked on a lot the day after the Nebraska game

“They’re probably better at what they do than what we do with our team. We have to find a way to improve.”

Beilein pleased with parity of rivalry

It wasn’t long ago that the Spartans had won 18 of 21 against Michigan, including the last four in a row.

That changed in 2011 when Stu Douglass’ three-pointer helped propel the Wolverines to a victory at the Breslin Center. With that game included, Michigan has won six of the last nine in the rivalry.

“It’s a great balance right now for two really good basketball programs,” Beilein said. “That’s the way I believe it always should have been and will be going forward. You have a tremendous program in Michigan State. We were a little bit behind them when we first started here. Now, I think we’re very balanced with two really great programs, not just in the Big Ten, but in the country.”