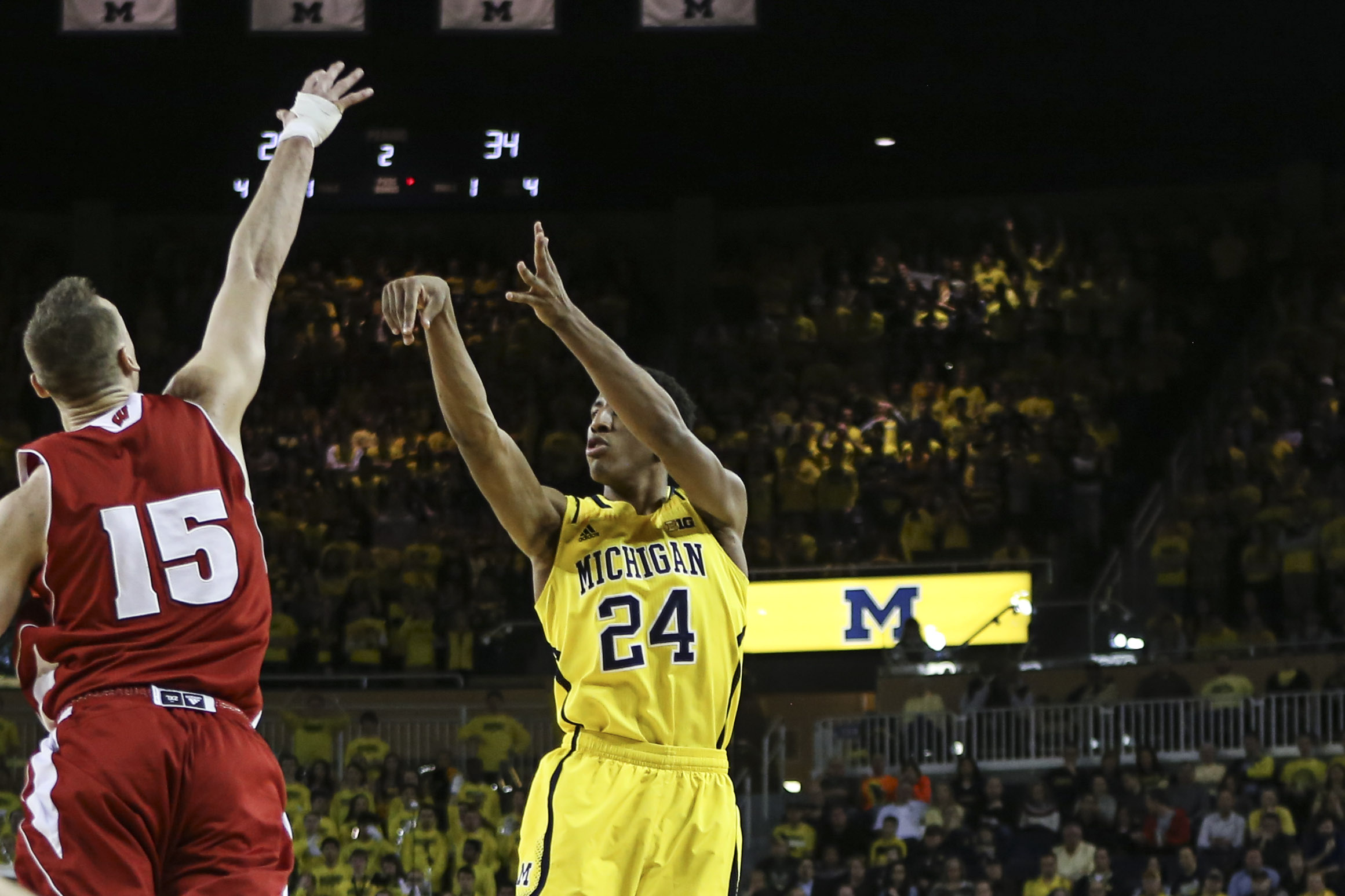 Michigan is just 13-9 and 6-4 in Big Ten play with an RPI of 71 which makes it’s fair to ask: are the Wolverines really a bubble team?

Michigan is just 13-9 and 6-4 in Big Ten play with an RPI of 71 which makes it’s fair to ask: are the Wolverines really a bubble team?

Michigan hasn’t beaten a RPI top-50 team and has those two ugly December losses to NJIT and Eastern Michigan. If we’re being frank about it, the Wolverines haven’t done much to prove that they deserve any sniff of the NCAA tournament. Three close losses to Villanova, Wisconsin and at Michigan State might earn some feel-good points in February, but aren’t going to count on Selection Sunday.

But it appears that Michigan has done just enough in games against mid-level teams to hang around in the picture. Michigan isn’t in the field now and isn’t that close, but it’s not impossible for it to play itself into the dance over the next month and a half. It just won’t be very easy.

It’s tough to project the RPI over the next month, but RPI Forecast is a useful tool that allows us to do just that by utilizing Sagarin win probabilities.

The widely presumed expectation is that Michigan would need to win 11 conference games to make the NCAA tournament. Plucking five more hypothetical additional victories – the five most likely, according to their probabilities are Iowa, @Illinois, MSU, at Northwestern and Rutgers — and plugging them into RPI Forecast nets us this result heading into the Big Ten Tournament:

Would that be good enough? It would probably take at least a 1-1 split in Chicago to punch a ticket to the dance at that point, and even then that might be a Tuesday trip to Dayton rather than a Thursday or Friday game.

On the other hand, it’s not impossible. Michigan won’t be favored in five more games this season, but KenPom projects the Wolverines to finish 10-8 which is just a game short of the 11 win target. For now, it’s still a possibility and that’s why Thursday’s game against Iowa is so critical for this team.