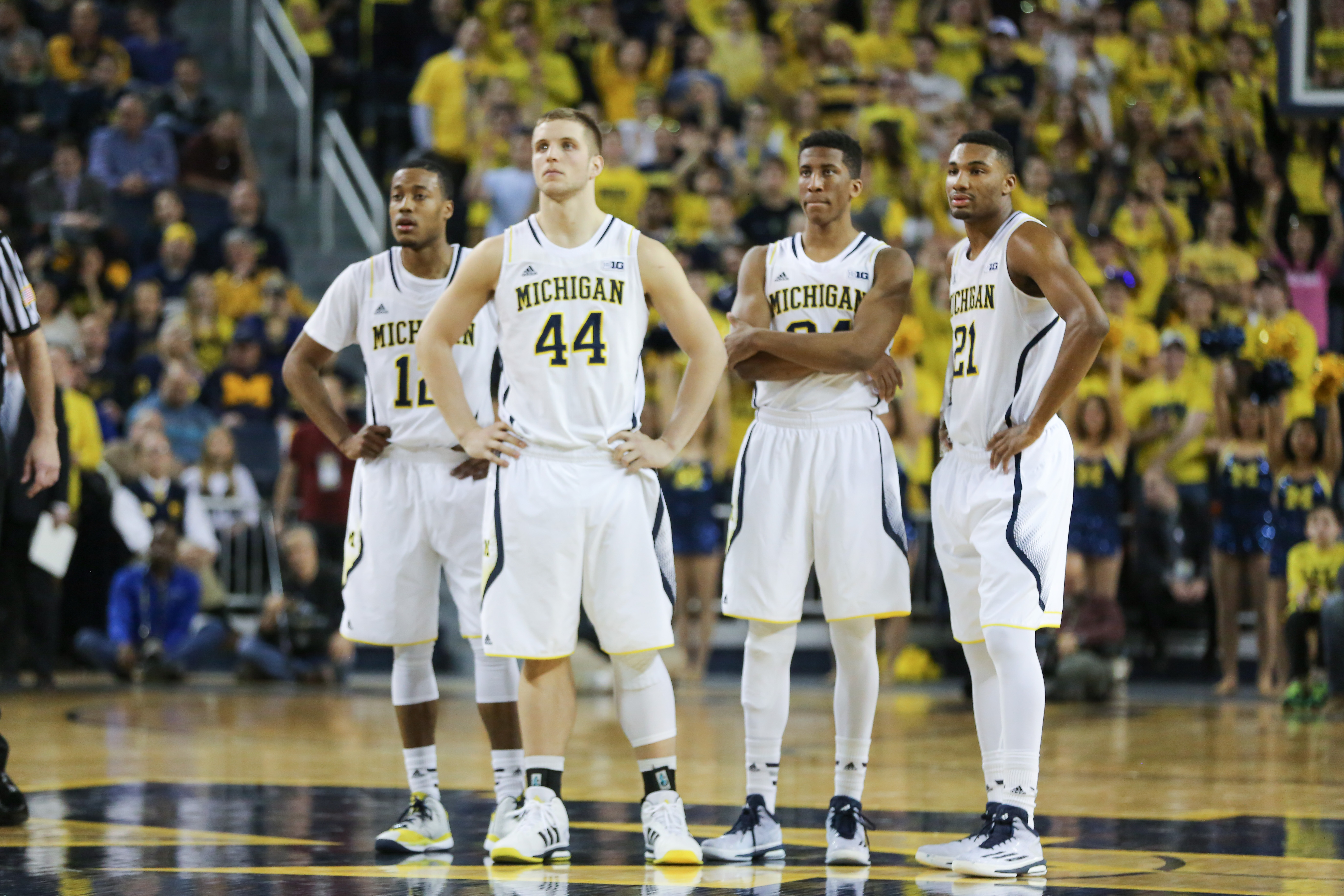 After four encouraging performances since losing Caris LeVert, Michigan was blown out at home on Thursday evening. The Wolverines had no answer for Iowa’s size or 2-3 zone and played their worst defensive game under John Beilein.

After four encouraging performances since losing Caris LeVert, Michigan was blown out by 18 points at home on Thursday evening.

The Wolverines started their Thursday night matchup efficiently, scoring 14 points in their first eight possessions, but then a couple critical tweaks by Iowa coach Fran McCaffery stifled the Wolverines. McCaffery went to the 2-3 zone on defense – holding Michigan to five points in the final 11:15 of the first half  – and started throwing the ball into the paint on every possession.

The Wolverines led Iowa 21-19 with 6:58 to play in the first half and then failed to score to close out the half, heading to the locker room all but defeated, trailing 31-21.

We’ve seen this time and again from this team this season, with and without Caris LeVert. The Wolverines have now had seven field goal droughts longer than seven minutes and they’ve lost every game: Villanova, NJIT, Eastern Michigan, SMU, Purdue and Ohio State for those keeping track.

In the second half, Iowa went for the jugular and quickly extended its lead to 18 points. The Wolverines were able to mount something of a comeback thanks to two technical fouls on Aaron White (which didn’t result in ejection due to the second being for hanging on the rim) and hot shooting from Aubrey Dawkins. But once a Dawkins three cut the lead to nine with 8:07 to play, the Hawkeyes responded with a 12-2 run to put the game to bed.

Michigan’s offense was crisp through the first few minutes of the game. The ball moved, different people were involved, and shots were falling. Then Iowa switched to its 2-3 zone and the game changed completely — a move that John Beilein said the Wolverines didn’t expect.

The Wolverines scored 14 points in the first eight possessions of the game and then managed only 40 points in the next 44 possessions of play. Michigan looked lifeless and lethargic against Iowa’s 2-3 zone and rarely got the ball in the middle of the zone, instead settling for contested and deep jumpers from the perimeter.

Michigan’s defense looked helpless against Iowa’s length, patience and shot making ability all night. When the dust settled, this was the worst per-possession defensive performance from a John Beilein coached team at Michigan. The Wolverines gave up 1.38 points per trip as Iowa made 32 shots, grabbed nine offensive rebounds and turned the ball over only six times in a 52 possession game.

The Hawkeyes dominated the game inside – outscoring U-M 42-16 in the paint – and only missed more than two shots in a row once. Michigan tried a few zone looks (both 1-3-1 and 2-3), but they didn’t work. Even when Michigan managed to force a miss, the Hawkeyes usually managed a second chance.

This was a beat down at home and the sort of game that you don’t expect from a quality program under any circumstance. Michigan was 45-4 at home over the past three years and is now just 10-5 within the friendly confines of the Crisler Center. There are games where you just don’t have ‘it’ in any season, but getting run by nearly 20 points in your own building is an embarrassment in the Big Ten.

While the last four games were encouraging, it’s tough to hold onto any of those feelings after such a demoralizing home beatdown. Next up, Michigan heads on the road to Indiana and Illinois – two teams that need wins about as badly as Iowa did on Thursday evening and will smell blood in the water.