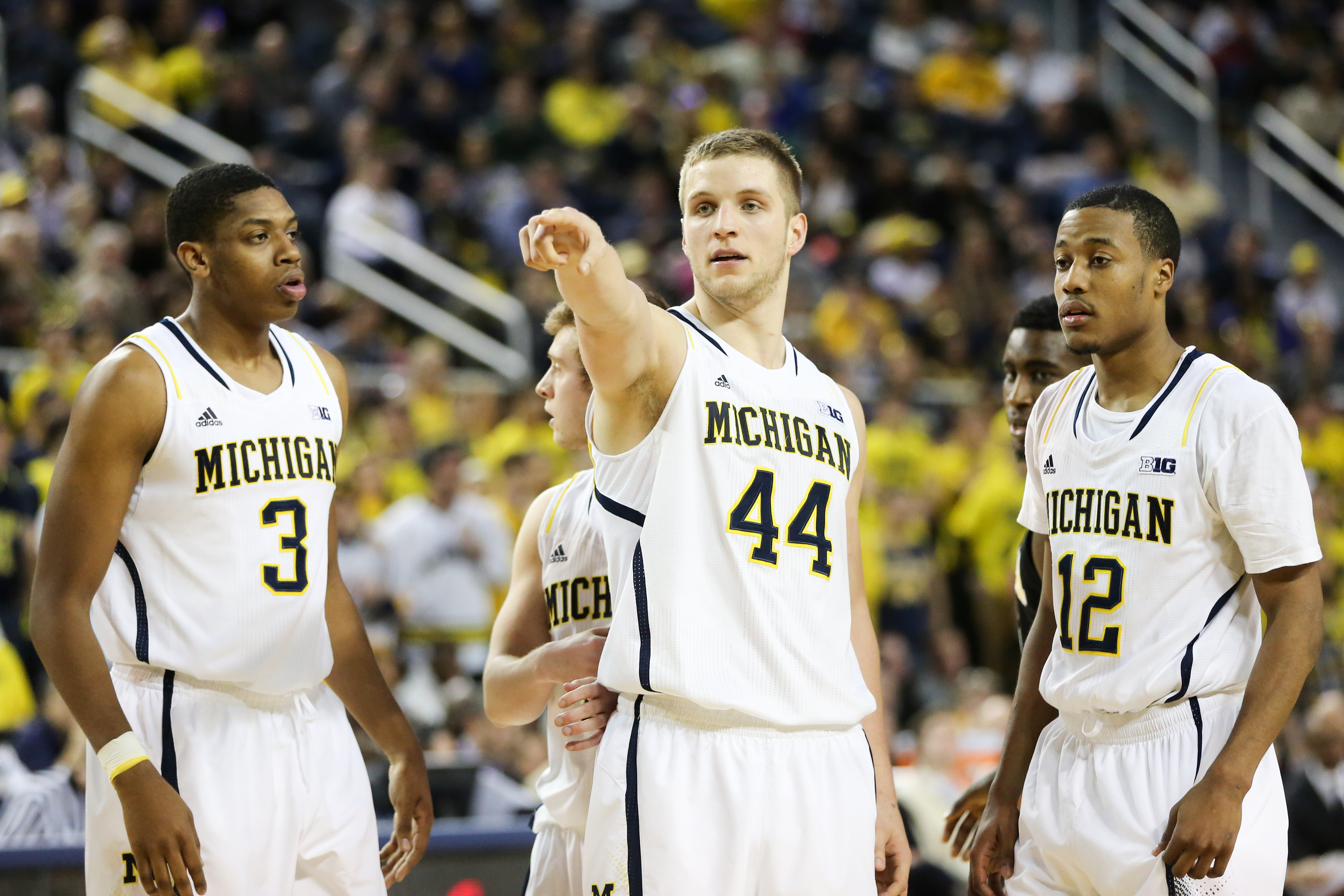 After Michigan’s 18-point loss to Iowa on Feb. 5 put its NCAA tournament hopes on life support, the team’s captains decided enough was enough. The Wolverines held a players-only meeting in the video room to discuss, in part, the effort being exhibited in crucial situations. The message?

“We have to get out of our comfort zone,” recalled Max Bielfeldt.

After Michigan’s 18-point loss to Iowa on Feb. 5 put its NCAA tournament hopes on life support, the team’s captains decided enough was enough.

The Wolverines held a players-only meeting in the video room to discuss, in part, the effort being exhibited in crucial situations. The message?

“We have to get out of our comfort zone,” recalled Max Bielfeldt. “We have a lot of guys playing, and they don’t really have the fire behind them saying, ‘Hey, if you play bad, you’re coming out.’ Sometimes that’s a good thing, but sometimes it’s kind of a bad thing because these guys get a little too comfortable and they revert to some bad habits sometimes.”

Both players and coaches understand Wolverines’ bleak postseason outlook. But as John Beilein explained, their schedule still allows for résumé-building wins, beginning Thursday night on the road against Illinois — an RPI top-50 team.

Bielfeldt said he thinks the team responded well from the players-only meeting during the close road loss to Indiana.

The Wolverines will need another inspired performance against the Illini, in addition to several more during the regular season, or their chances of making the NCAA tournament will rest on a familiar situation for Beilein — winning the conference tournament.

“I just know that every game is really important, and we’ll take any win we can get,” Spike Albrecht said, “because we need them.

The Illini look a little different now than when Michigan played them earlier this season.

Thursday, the Wolverines likely won’t have to deal with star guard Rayvonte Rice or backup Aaron Cosby, who both remain suspended from their team for an unspecified cause.

In their absence, though, Kendrick Nunn and Malcolm Hill have stepped up for Illinois. It has won three straight, including a victory against Michigan State at the Breslin Center.

“Hill has really played well,” Beilein said. “Nunn didn’t have a great game against us (in December). It may have something to do with the minutes, the shots, the plays. Those two are really playing.”

Last year, Michigan beat Illinois on the road with ease, clinching the Big Ten title in a 31-point blowout. That young Illini group — which had five freshmen on the roster — has developed into a much more formidable foe this year, giving Beilein reason for optimism for his squad.

“It’s important that we see this part of the future,” Beilein said. “I’m looking so forward to that. In the meantime, I’m not giving up on today.”

Thursday will be a homecoming of sorts for Bielfeldt. Not only will he be playing close to home, but his family has strong ties to the University of Illinois — a bond so strong that an athletic administration building is named in their honor.

Bielfeldt nearly attended school in Champaign, too. The center received a handful of mid-major scholarship offers and two from Big Ten schools. He ultimately chose the Wolverines over his childhood team.

“I could tell something good was about to happen (at Michigan),” Bielfeldt said. “I was kinda right there.”

But the senior added there won’t be too much extra pressure Thursday.

Wolverines ‘fully expect’ Walton back, just not yet

Derrick Walton isn’t healthy enough to play yet, but he should be before the end of the year. Beilein said the Wolverines “fully expect to have him back,” but added that he’s “he’s certainly not ready yet.”

“When he can run pain-free, he’s going to get back out there,” the coach explained.

Walton hasn’t played since Jan. 24 against Wisconsin. Michigan is off this weekend before facing Michigan State on Tuesday evening.