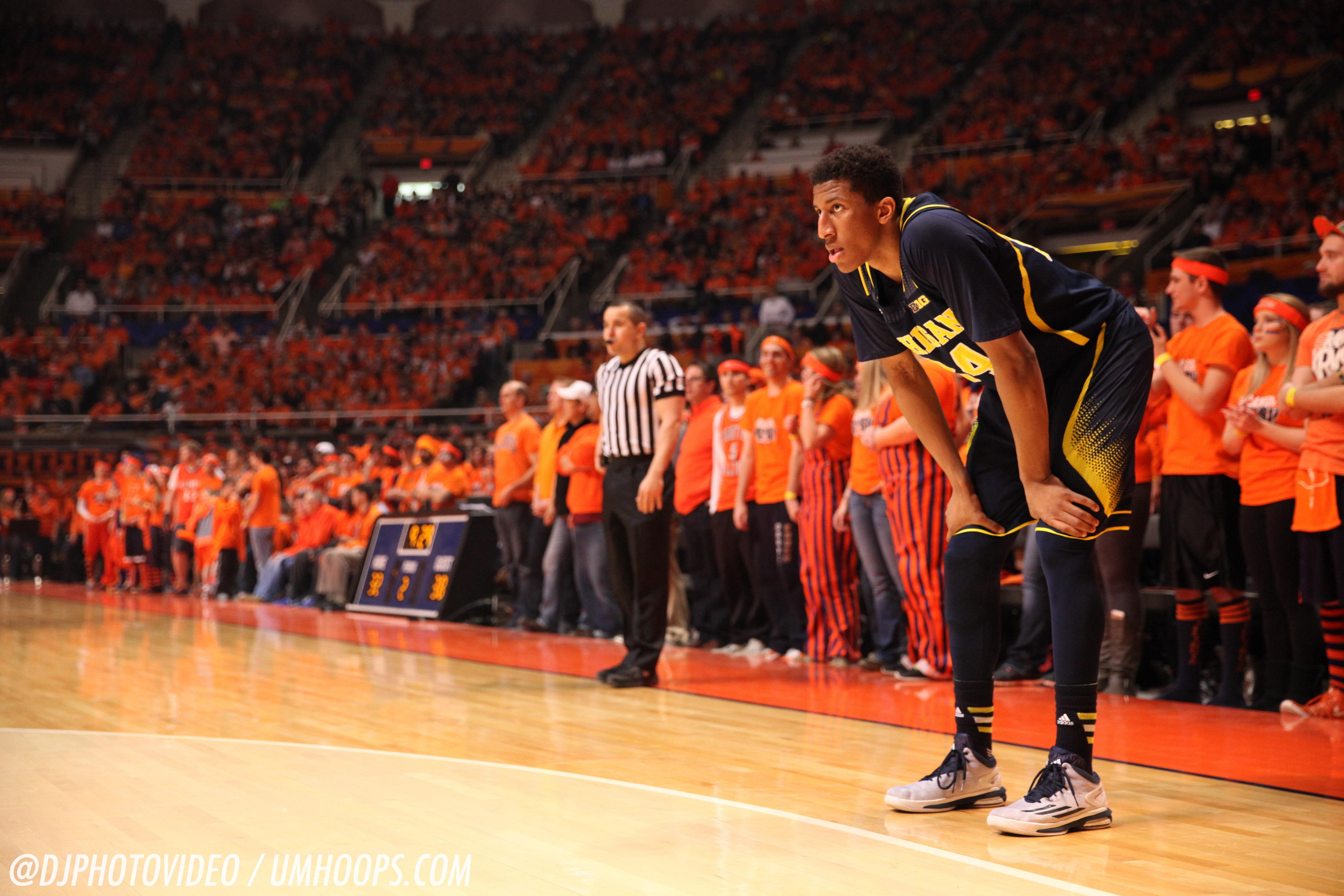 On Tuesday, Feb. 10, the Michigan basketball team was practicing drills it should’ve perfected in September. On Wednesday, Feb. 11, John Beilein spoke about how the remaining schedule allowed his Wolverines to work their way back onto the NCAA tournament bubble.

And maybe it took one more gut-punching loss for everyone to realize you can’t be a preseason team on Tuesday and an NCAA tournament contender on Thursday.

On Tuesday, Feb. 10, the Michigan basketball team was practicing drills it should’ve perfected in September.

On Wednesday, Feb. 11, John Beilein spoke about how the remaining schedule allowed his Wolverines to work their way back onto the NCAA tournament bubble.

And maybe it took one more gut-punching loss for everyone to realize you can’t be a preseason team on Tuesday and an NCAA tournament contender on Thursday. All winter, Michigan has been plugging leaks with corks a size too small, and the water makes its way through every time.

“We’re not great at anything right now, and that gets exposed sometimes in games,” Beilein explained after the latest heartbreak, a 64-52 overtime collapse against Illinois.

“We’re not great at anything right now, and that gets exposed sometimes in games”

One of the biggest struggles has been finishing games, and you don’t need a reminder of the number of times the Wolverines have fallen a possession or two short of a statement victory. You also don’t need me to tell you how Thursday was another one of those opportunities.

But here it is for good measure: Michigan led by seven with three minutes to play, a road RPI top-50 win tantalizingly within reach. Then the Illini scored 21 straight points, forcing overtime and running away during the extra period.

“They didn’t have that same zest that you need going into overtime,” Beilein said of his players.

That’s a problem when there’s an expectation — from the fans, to the athletes, to the coaches — of reaching the NCAA tournament. Earlier this week, Beilein compared this final stretch of the regular season as a “tournament before the [Big Ten] tournament,” and Michigan just got bounced in the first round.

There’s another side to this season, though. The Wolverines are competitive despite playing without a projected NBA first-round pick or their starting point guard, and there are times when Michigan has two walk-ons on the court at the same time. The Wolverines had a ten man roster on Thursday that included two walk-ons, five freshmen, a point guard who committed to Michigan without another scholarship offer.

You wonder how the team is in this position in the first place — despite everything, still good enough to go toe-to-toe in the most difficult venues and against the best lineups in the conference.

And from a mess of inflated expectations, devastating injuries and impressive resilience, you get a Michigan team that’s maddening to watch offensively — except when it’s not — and porous when it matters, yet somehow finds a way to instill hope anyway. Except then they still lose, and you wonder why you’re disappointed, because that’s the result you had expected in the first place.

“As hard as we work … it’s tough to sustain that energy without having the depth you probably need in a game with this type of impact,” Beilein explained Thursday.

Seven years ago, a step back would be expected from this program, but that’s no longer the case. John Beilein has built something here and despite everything else, he and his staff are fighting to keep that winning culture alive.

This year has been a step back — there’s no doubt about that — but the Wolverines will have a core of veterans returning next winter. Next February’s practices won’t be spent reviewing what should’ve been mastered in September.

But this year’s have, and games like Thursday’s are the anticipated result.

“Part of our issue is these late game adjustments that we have to make in a game,” Beilein explained. “We haven’t been able to work at those as much because we’re still trying to dribble the ball and catch the ball on two feet, and shoot the ball with good spin, and the fundamentals of the game. All these young kids shouldn’t be in these situations, but they’re forced to be and we have to get better at it.”