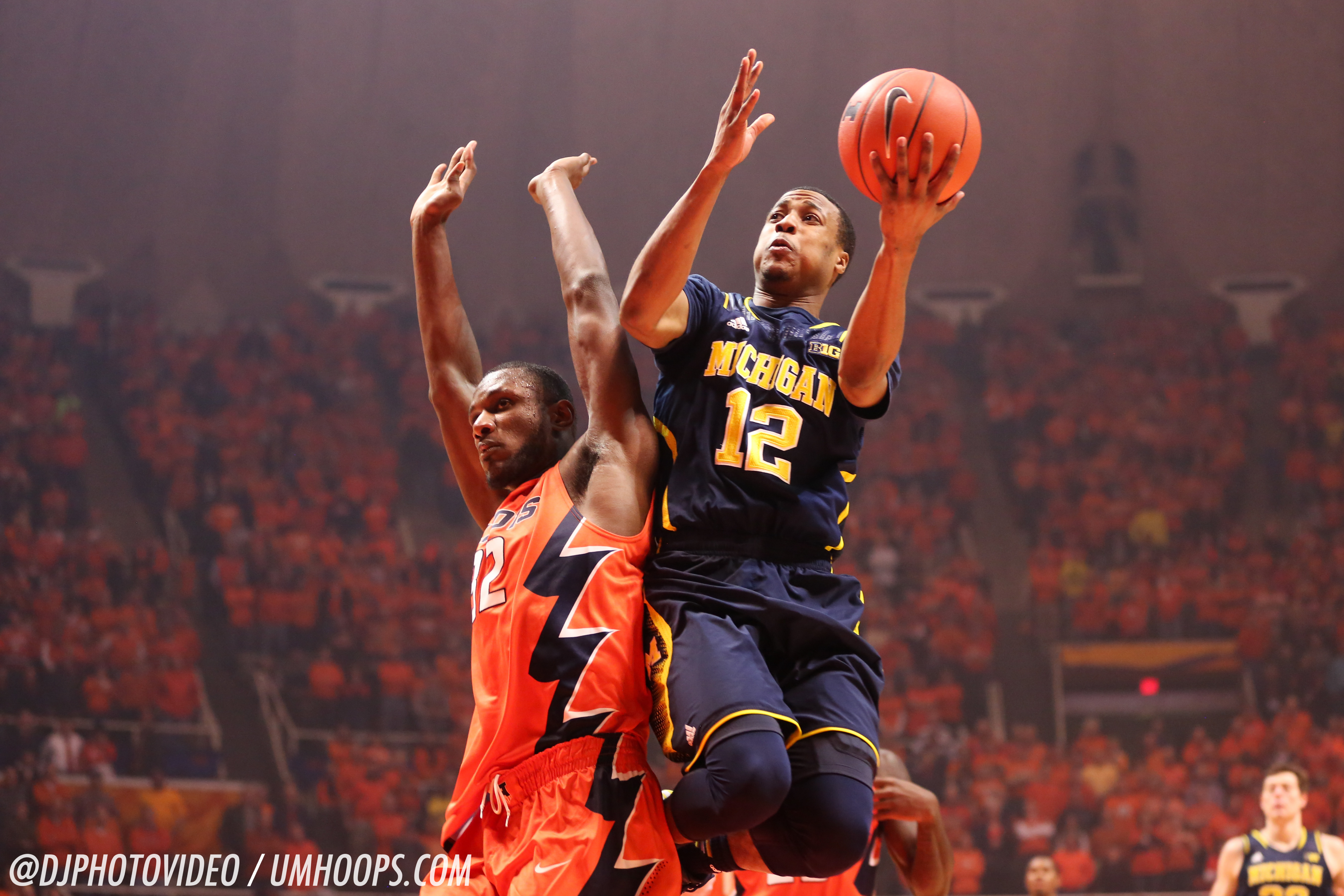 Michigan assistant Jeff Meyer spoke on the Big Ten coaches teleconference Monday morning. Here’s what he had to say about the Michigan State rivalry, the injuries plaguing the Big Ten and more.

Michigan assistant Jeff Meyer spoke on the Big Ten coaches teleconference Monday morning. Here’s what he had to say about the Michigan State rivalry, the injuries plaguing the Big Ten and more.

Opening Statement: “Obviously, the loss at Illinois [was] difficult to digest, but it’s a scenario where our kids, I thought, competed very well. We felt like our guard play was good, particularly Spike Albrecht, in terms of just on the court and able to control pace of the game. Max Bielfeldt certainly gave us some very positive contributions in the middle. We just didn’t shoot the ball as well as we would’ve liked — and maybe normally shoot the ball — but our kids competed well and competed hard and we’ve got a big one tomorrow night with Michigan State. It’ll be good to be back at Crisler. I know our fans are looking forward to it, and I know our guys are looking forward to it.”

On injuries throughout the Big Ten: “I haven’t thought much about that. Obviously, we have dealt with our own injuries. I think year-to-year you have injuries that affect different teams. I guess that’s obvious. Perhaps more than usual — we haven’t talked much about it. We’re just trying to get the guys we have in a position to compete, and compete well, in the league. If you look across the board, there have been a number of teams that have suffered injuries that have affected performance on the court. When that occurs, it’s going to affect standing and league play and even postseason aspirations. What we try to figure out is, is there anything moving forward that we can do — the whole idea of controlling the controllables — to minimize the losses due to injury inside our program.”

On maturity of Aubrey Dawkins and Muhammad-Ali Abdur-Rahkman: “A year ago today, we had not even begun the recruiting process for Muhammad and Aubrey. To think where we would be without them right now given the injury to Caris and to Derrick is kind of a concerning thought, to say the least. We feel like both of those kids have done a really nice job of embracing our culture. They have done a really good job of understanding what our offense is all about. As we go through this stretch of the season where they have played large minutes in games … we’ve been able to use the experience to show them how every possession is important and continue to work on improving their skills and improving our ability to execute.

“We’re certainly aware, at this point in the season, we’re very, very dependent on their ability to perform in competition.”