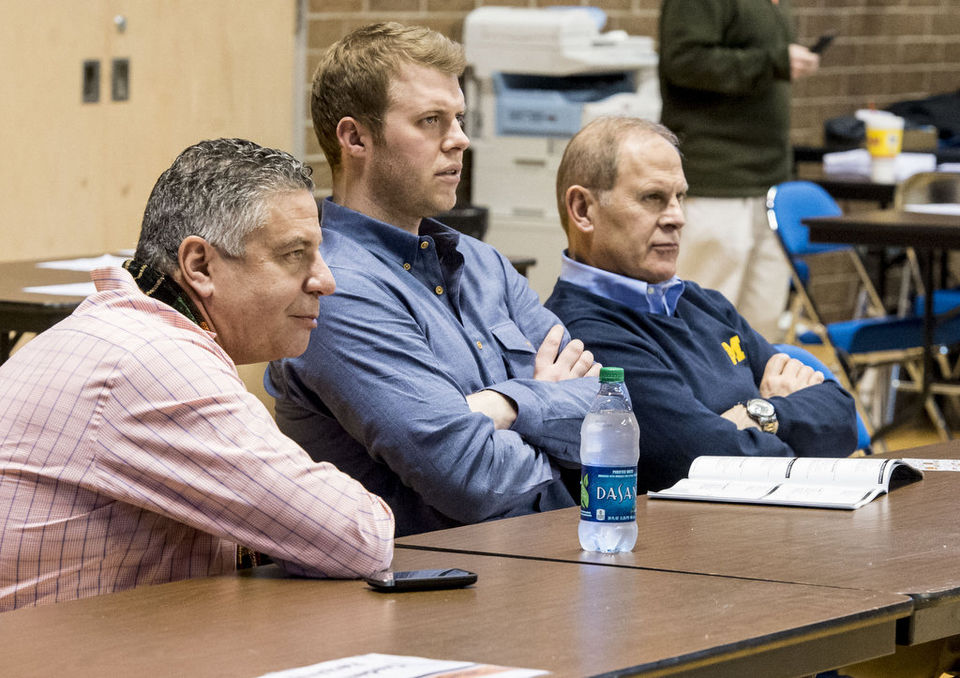 Michigan head coach John Beilein has been on the recruiting trail quite a bit over the last several weeks, checking in on Jaylen Brown, Josh Langford, Tyus Battle and Maverick Rowan among others, here’s a run-down of recruiting nuggets.

Michigan head coach John Beilein has been on the recruiting trail quite a bit over the last several weeks, here’s a run-down of recruiting nuggets from the last week.

John Beilein was in to see Josh Langford last Monday and LaVall Jordan made a follow up visit over the weekend. Beilein was in again to visit Langford this Wednesday and watched his team pick up a playoff win over Winfield. Langford had 15 points and seven rebounds in a 60-42 win, which won Madison Academy the regional championship.

Auburn’s Bruce Pearl, Alabama’s Anthony Grant were among the other head coaches in attendance watching Langford. Patrick Beilein was also in attendance.

After watching Josh Langford on Wednesday afternoon, Beilein made the trek to Georgia to watch five-star Jaylen Brown. Brown, the No. 2 player in the class of 2015, is expected to take an official visit to Michigan before making his college decision.

There had been speculation that Brown’s official visit to Michigan would take place this weekend for Michigan’s game against Ohio State, but any official visit will be dependent on Brown’s schedule. Wheeler’s next playoff game is against Douglas County on Friday night.

Brown scored 26 points and grabbed 15 rebounds in a 64-37 win over Centennial in front of John Beilein.

Beilein checks in on Tyus Battle

John Beilein was in New Jersey on Saturday to check in on five-star wing guard Tyus Battle.

Battle has returned to injury and is playing well, scoring 26 points in front of the Michigan head coach. Ricky Pitino, Notre Dame and Villanova have also been in to check on Battle recently. Battle is expected to trim his list in the near future.

Maverick Rowan on the radar

Rowan is a former Pitt commit who recently opened up his recruitment and has drawn interest from Louisville, North Carolina, Florida, Wisconsin, UCLA and many others.

Rowan is ranked No. 37 overall in the class of 2016 according to 247 Sports Composite Rankings.

Akele is receiving interest from Oregon, St. John’s, Miami and Florida State among others. He caught Beilein’s eye at the NPSI, where he was also watching Jamal Murray, and the Wolverines have expressed some interest.

Akele is a skinny 6-foot-6 wing guard that has shown some potential during his time in the states. Here are highlights of him in action, although they are over a year old.

Two of Michigan’s class of 2016 targets, Jamal Murray and Bruce Brown, are both moving closer to making the switch to 2015.

Michigan has been much more involved in Jamal Murray’s recruitment as the 6-foot-5 Canadian combo guard visited Ann Arbor last winter and John Beilein watched him play at the NPSI recently.

Murray tweeted “announcement coming soon” over the weekend and the chances of him moving to the class of 2015 seem to have increased of late. Oregon has been trending in Murray’s 247 Sports Crystal Ball projections and his former AAU teammate, Dillon Brooks, made a similar move last summer.

Brooks was unique as he waited to make his reclassification decision until after playing out the whole summer on the AAU and camp circuit before enrolling at Oregon.

Seth Towns was one of Michigan’s first offers in the class of 2016 and the 6-foot-7 wing has been blowing up during his junior year at Northland.

Harvard is putting the full court press on Towns and he was visited by Tommy Amaker and an assistant this week.