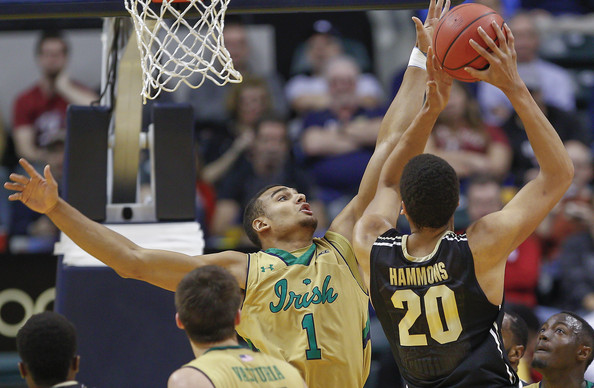 Wisconsin continues to roll through the Big Ten without its starting point guard, but it appears that Traevon Jackson could be coming back soon. Jackson told reporters he plans to play versus Michigan State, although Bo Ryan made it clear that he won’t play until the medical staff clears him. That being said, Jackson should be back sooner than later and the Badgers found a pretty good backup without him. Bronson Koenig has done everything you could ask for from a backup point guard and should be a luxury with Wisconsin in March.

The Spartans are clicking, winners of four in a row and six of their last seven, but their win at Illinois on Sunday night was among the conference’s ugliest games this season. The Spartans deserve credit for hanging in and picking up a quality road victory, but the game certainly was ugly. There were 46 fouls whistled in the game and at times it felt almost unwatchable as both teams were in the bonus well before the midway point of the second half.

After watching the game I ran the numbers and discovered that the Spartans have played in four of the eight games with the highest combined foul count. Sunday’s slugfest checks in tied for 4th on the list while Michigan State’s double-overtime home loss checks in at No. 1. Purdue and Maryland both aren’t afraid to get in a class Big Ten foul-off either.

Purdue has now won 7 out of 8 and just completed the rivalry sweep with a win at Indiana. The Boilermakers have the size to dominate the interior against almost anyone in the league – now they are finally turning that ability into production.

AJ Hammons is putting it all together – averaging 13.1 points per game since Purdue got hot in mid-January – and has finished almost everything at the rim. For Purdue, it should be as simple as feeding the big man and letting him go to work at the rim. Here’s his shot chart over the last eight games from Shot Analytics. Maryland is 22-5 and tied for second in the league, but I just can’t make sense of this team. The Terrapins are just 3-4 away from home and have a negative efficiency margin despite not having played Wisconsin yet this season.

The conference is loaded with competent stretch fours, but Maryland junior Jake Layman doesn’t always get enough credit. His shot chart via ShotAnalytics shows off his ability to knock down the three and finish at the basket when necessary. There’s no team in the Big Ten quite as maddening as Iowa. The Hawkeyes have blown teams out and also just not shown up. The Only Colors ran the numbers and concluded that the Hawkeyes are the league’s most inconsistent team. No surprise there.

The best news for Indiana this week: Hanner Mosquera-Perea averaged 11.5 points per game over two games. His rebounding numbers aren’t quite up to speed, but improving health and size in the middle should give Indiana’s frontline a much-needed boost. The bad news is that Collin Hartman, who had filled in admirably up front, is day-to-day with a knee injury.

Everything looked to be coming together for a strong close for the Buckeyes, but then they went to Ann Arbor and were blown out of the gym in the first half. Making a second half comeback effort was nice, but losing to your rivals when you blew them out at home — with a full roster — and they’ve lost five consecutive games and are missing their two best players? That’s not a great look.

The talk after the loss was about finishing in the top four and earning a double bye, but that looks like it’ll be difficult given these Big Ten seeding projections from Daniel Borup.

Illinois had a horrendous shooting night in Sunday’s home loss to Michigan State which made me wonder: how poorly can you shoot and still win a Big Ten game. Here’s a look at every Big Ten team’s worst shooting performance in a victory this season. It’s no secret that Michigan is shorthanded, but John Beilein has been forced to just throw every player on the bench into the fire. Since Derrick Walton was sidelined indefinitely just two games after LeVert’s season ending injury, the Wolverines have had very little perimeter depth.

The result has been three Wolverines playing over 35 minutes per game and another over 30.

If you compare the minutes that Wolverine guards have been logging over the last seven games to the Big Ten leaders in minutes per game (B1G games only), Michigan would hold the No. 1, No. 2 and No.7 spots on the list. It’s safe to say a week off will suit the Wolverines well.

The Wildcats are on a three game winning streak since snapping their 10 game losing streak. Northwestern has knocked off Iowa, Minnesota and Penn State and the win over the Nittany Lions was by an emphatic 21 points. Law averaged 13 points and 7.5 rebounds per game last week while knocking down 6 of 10 three-point attempts.

Minnesota has now surrendered 225 points in its last 185 defensive possessions – 1.22 points per possession. Simply put, that’s not good enough to win and it isn’t going to get any easier for the Gophers. Minnesota travels to Michigan State on Thursday before hosting Wisconsin for a rematch next week.

When this is what comes out of your coach’s mouth after a 28 point home loss, you drop in the power rankings:

“You never want to throw your players under the bus,’’ Miles said. “But that was beyond disappointing. That’s not what we represent. . . . We quit easily today, and that’s a great disappointment.’’

“There will be chains on the doors locking it from the outside,” Miles said, “until further notice.”

So where will the players dress?

Good luck getting back into the locker rooms Nebraska, practice time might help.

It’s hard to remember that this is the same Penn State team that went 12-1 in non-conference play. Sure the schedule was far from challenging — USC, Akron, Cornell, George Washington and Virginia Tech were some of the ‘more difficult’ games — but the Nittany Lions were winning and playing well. Now 3-12 in Big Ten play, Penn State managed just .69 points per possession at Northwestern.

Despite the rough finish, Pat Chambers will still have his job next season according to Sally Barbour.

Rutgers suffered two 30-point losses last week and has cemented its position at the very bottom of the conference. The Scarlet Knights have been outscored by more than twice as many points per possession as Nebraska and have shown very few signs of life.