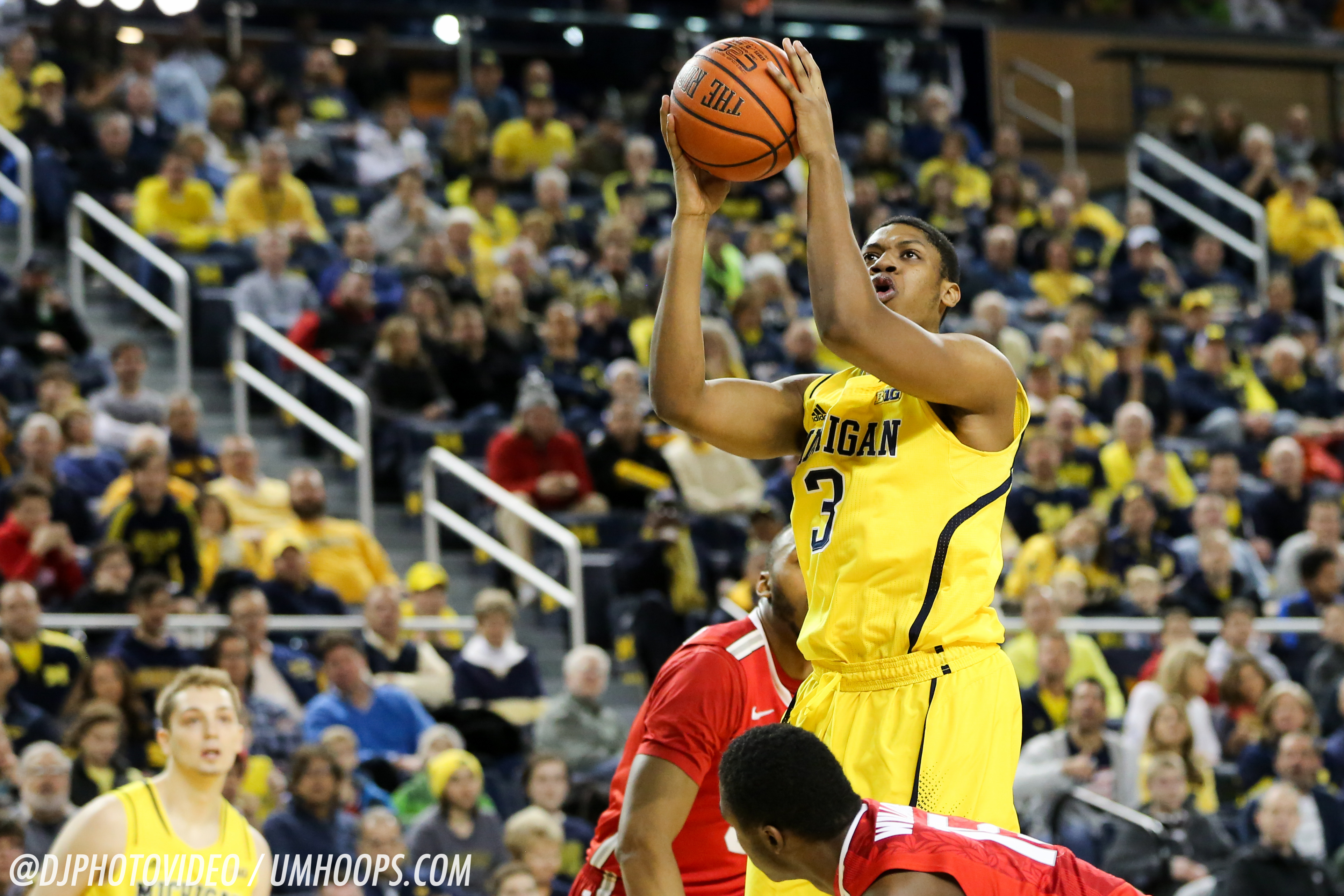 Perhaps the most surprising part of Kameron Chatman’s struggles this year stem from just how much he was hyped in the first place — not only by his top-40 ranking as a recruit, but by the Michigan coaching staff themselves.
“His basketball IQ has been outstanding,” Beilein said of Chatman before the season. “He’s picked up some of our concepts and some of our actions as quickly as anybody we’ve ever had. He’s been very productive as far as his talk and his knowledge of the game.”

Perhaps the most surprising part of Kameron Chatman’s struggles this year stem from just how much he was hyped in the first place — not only by his top-40 ranking as a recruit, but by the Michigan coaching staff themselves.

When the Wolverines traveled to Italy last summer, Chatman struggled shooting, but John Beilein was quick to heap praise on the wing, who exhibited a solid all-around game overseas.

“His basketball IQ has been outstanding,” Beilein said before the trip. “He’s picked up some of our concepts and some of our actions as quickly as anybody we’ve ever had. He’s been very productive as far as his talk and his knowledge of the game.”

Even in the weeks and days leading up to the season opener, the coach said Chatman had immediately graded out as a rotation player and was in the process of competing for a starting role. At the time, Beilein expressed his excitement that the forward would bring a new offensive wrinkle because of both his left-handedness and his versatility.

“He’s going to play both forward positions, and, if we ever got stuck, he could play in the backcourt,” Beilein said. “He has done some really good things, and all of the freshmen are okay. What happens when we string two or three weeks together? …  When we can put practices back-to-back, it’s going to be really exciting to see his development.”

Four months later, Chatman has lost his spot as a starter and has played 20 or more minutes just twice in the last 15 games. Even as Michigan has endured injuries to Derrick Walton and Caris LeVert, the freshman hasn’t gotten significant time in the backcourt, either. Perhaps most unexpectedly given Beilein’s preseason comments, Chatman seems to have struggled more than the other freshmen in grasping the offensive system.

The result is a player who is shooting just 29.9% from the floor, including 21.2% from three-point range. His jumper is essentially a non-factor, and many of his 24 turnovers come from reckless drives to the basket — from the left or right. Chatman isn’t a plus defender, either — not like Muhammad-Ali Abdur-Rahkman, who Beilein says has established himself as Michigan’s best.

While Beilein admitted earlier this month that Chatman had perhaps “hit a wall,” there were positive moments against Ohio State. Most notably, the freshman went 3-for-3 in the first half, each time attacking the basket in a controlled fashion and finishing through traffic.

That’s a metaphor Beilein has used all season for the freshmen. It clicked for Aubrey Dawkins against Illinois, and for Abdur-Rahkman against the Spartans. Chatman hasn’t had that game yet; any positives have been quickly wiped out — often in the same game — by rookie-level mistakes.

And despite many frustrating moments, the Ohio State game wasn’t the only time that Michigan fans got a taste of what Chatman can do. Against Syracuse, in one of Michigan’s bigger wins of the season, he got in the middle of the 2-3 zone and made some big shots, finishing with 10 points, nine rebounds and two assists.

The talent is there — at least, if you believe rankings and Beilein’s glowing preseason evaluations. If the forward’s issues are with comfort level, those will presumably dissipate with time.

For a brief period, Michigan fans got a taste of the hype. They saw the acrobatic moves to the basket and the strong finishes. On Sunday, momentarily, the expectations became reality.

“They’ve been working so hard in practice. Kam continues to make progress,” Beilein said after the win. “Where some people may be dialing back in their practice right now, we’re actually practicing more with those guys because they need this fundamental work.

“So trying to use every valuable minute. Kam, it certainly showed off today. He was very efficient with his game, except maybe the last turnover.”

Though Chatman’s freshman campaign has ultimately been underwhelming, the potential still remains and his development will be critical for the Michigan program over the coming weeks and months.