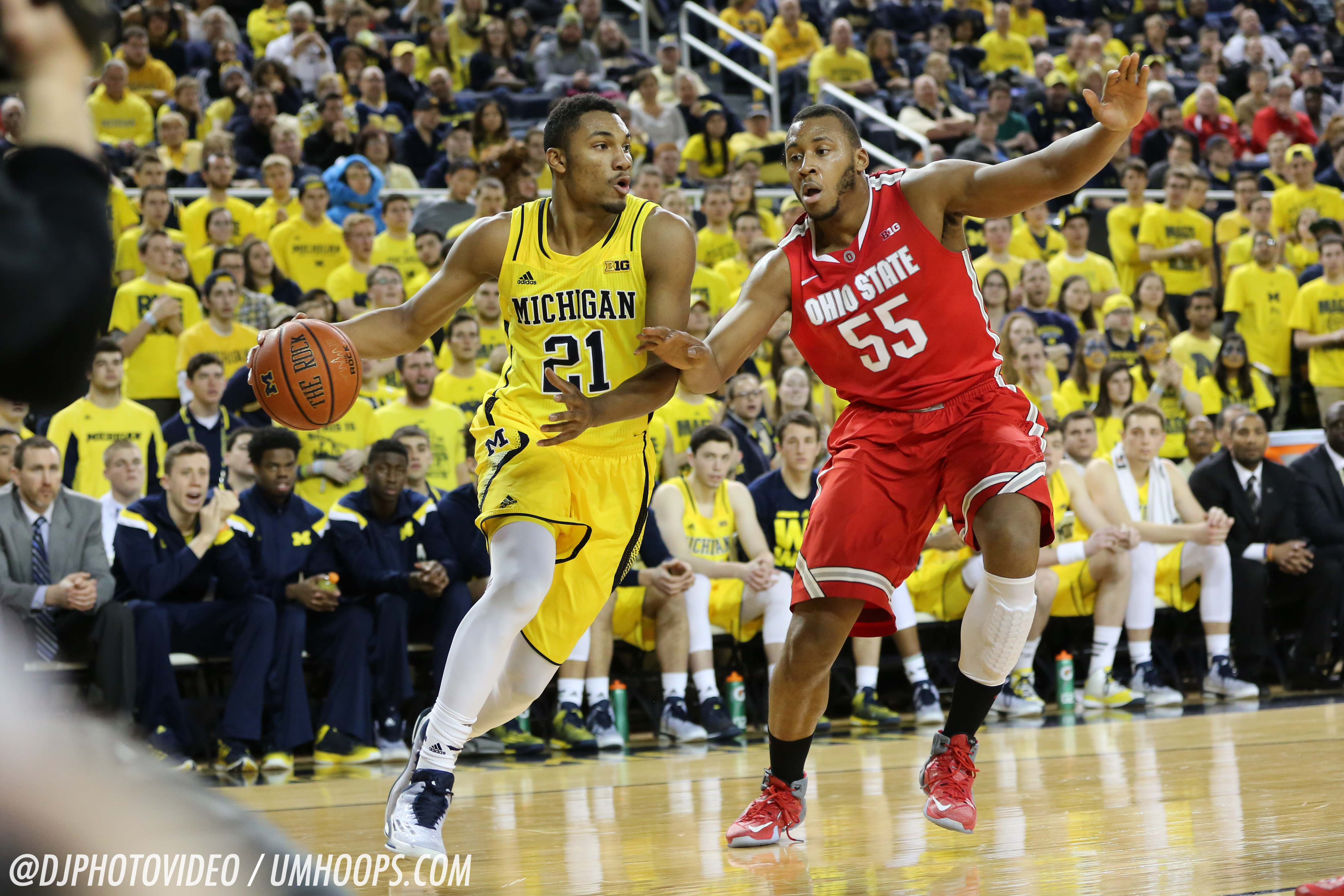 The transition to the Big Ten has been a smooth one for Maryland.

The Terrapins have quickly established themselves as one of the league’s best this season. They’re riding a four-game winning streak, including, most recently, a 59-53 home win over Wisconsin.

Their fight for a conference title continues Saturday afternoon when the Wolverines visit College Park.

“They’re going to be a keeper in the Big Ten for years to come,” John Beilein said of Maryland.

The Michigan coach heaped praise upon Melo Trimble, the electrifying freshman guard who scored 16 points — including the game-sealing free throws — in the upset of the Badgers.

Trimble averages 16.1 points per game, shooting 44% from the floor and 38.8% from three-point range. What’s more, he draws contact easily and has attempted 100 free throws in Big Ten play.

“Trimble plays like a senior as far as accepting and embracing physicality,” Beilein said.

For a Michigan team that has Andrew Dakich as its first guard option off the bench, it’ll be crucial to stay out of foul trouble while defending Trimble. And that might be difficult, given the Maryland freshman exhibits skill that’s “Trey Burke-type.”

“He’s got great pace to his game, and he’s got the ability to rise up and shoot without a screen, around a screen,” Beilein said. “He sees the ball, and he’s really strong taking the ball to the basket with great balance. He’s about 6-3, so an inch or two taller than Trey. You’ll really be reminded of a similar type of player.

“The better the competition, the better he is.”

The junior, who is out for the year with a foot injury, is projected as a first-round pick if he were to leave Michigan for the NBA.

“We’re always looking for feedback,” Beilein said. “My job is to help him gain information so that he can make an educated decision.”

The coach said discussions will continue in earnest when the Wolverines’ season ends.

Michigan will see a familiar face in a Terrapins uniform Saturday afternoon. Forward Evan Smotrycz, who earned 42 starts for the Wolverines from 2010-12, will be playing his final home game at the Xfinity Center.

The senior averages 4.7 points in 19.8 minutes per game for Maryland.

“Evan was a very bright player,” said Beilein, who exchanged kind words with his former player at Big Ten Media Day in October.

While Smotrycz was on Michigan’s roster just three seasons ago, no current Wolverines shared the floor with the 6-foot-9 shooter. Max Bielfeldt was on the roster, but sat out that season as he redshirted his freshman year.

Derrick Walton’s health continues to improve, and the guard will travel with Michigan to College Park, but he is unlikely to play.

Beilein said the sophomore went through a light workout routine Thursday which lasted just 15 minutes due to soreness.

“It wasn’t promising yesterday,” the coach said. “Not thinking right now that he’ll be available.”

Due to complications that arose from turf toe, Walton hasn’t played since Jan. 24 against Wisconsin. He has been limited for much of the year due to injuries to his left foot.