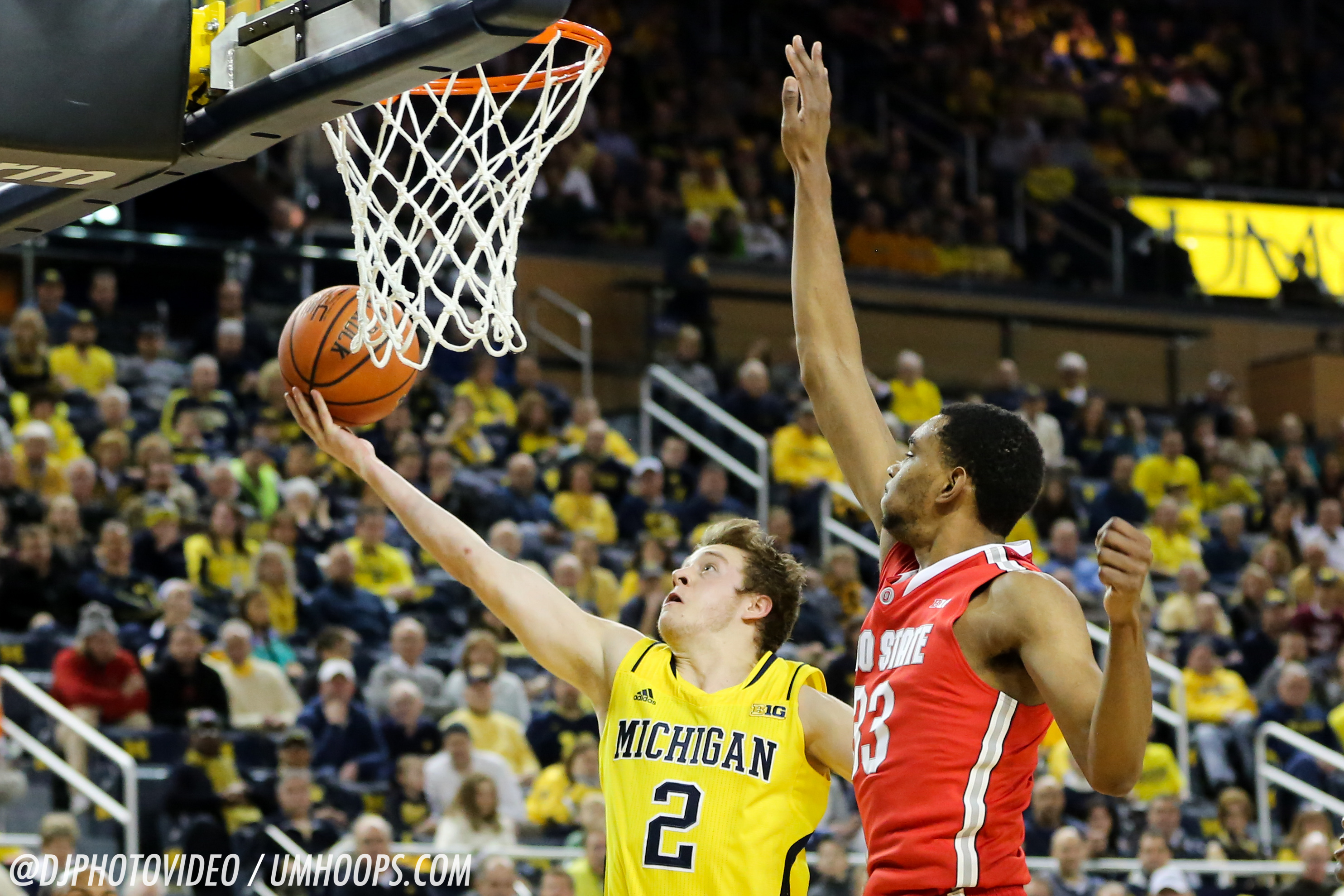 Opening statement: “We obviously were disappointed that we did not win Saturday against a very good Maryland team. They were outstanding in the game; they shot the ball very well. Now we go to a team that, aside from the Illinois game, has been a red-hot Northwestern team with winners of four of their last five. Another great opportunity for us on the road to get better on the road and win on the road, but we’ll have a big challenge because of how connected the Northwestern team is playing right now.”

On what Max Bielfeldt represents to the program: “He has been injured a lot of his time here, and this past summer he had hip surgery and was out for the whole summer. I think he’s, for the first time, really healthy at Michigan. He’s really brought a great, strong, physical presence. He has the capacity to break out in one of these games — he’s actually a very good three-point shooter and has been off and on with that. We’re going to continue to play him, probably quite a few minutes, right until his last game.”

On switching types of defenses within a possession: “We have done it only three or four times this year, and it backfired it seems like every time. Some of us were switching, and some of us weren’t on the right call. Very difficult to do. You have to have a veteran team to do that, and we obviously don’t have that. I have used it in past times, and it can really work against some teams, especially teams with an outstanding one-on-one player. If you can switch to a zone late in the shot clock, then that throws everything off a little bit.”