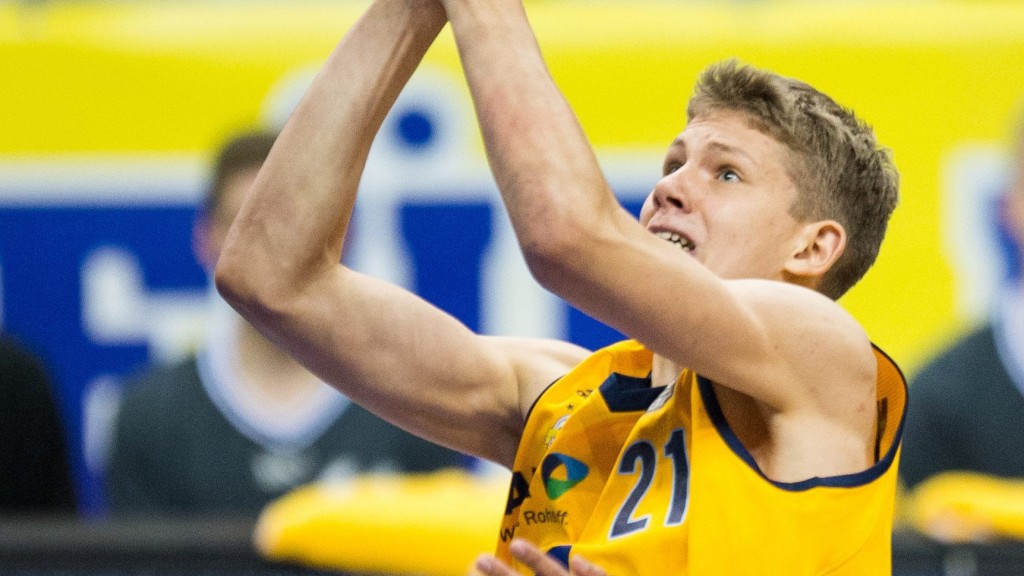 As first reported by Scout.com, German forward Moritz Wagner will take an official visit to Michigan this weekend. Beilein has made a trip to Germany this winter to recruit the 6-foot-9 forward and now he’ll make a return trip.

As first reported by Scout.com, German forward Moritz Wagner is expected to take an official visit to Michigan this weekend.

Beilein has made a trip to Germany earlier this winter to recruit the 6-foot-10 forward and now he’ll make a return trip.

Vedran Modric, a European basketball reporter, tweeted that Moritz was favoring playing in college and Michigan was considered a front runner. UNLV, Providence, Auburn, Virginia and Arizona are other schools that have been linked to his recruitment.

Wagner doesn’t currently hold a scholarship offer as he hasn’t made a visit to Ann Arbor, but this weekend’s visit is likely to change that. Wagner would be a class of 2015 recruit and would be immediately eligible to play next season.

John Beilein was asked on Friday afternoon about the possibility of adding a class of 2015 recruit and left the door open by responding, “you never know.”

In the NBBL (German youth league), Wagner is averaging 17 points, 5 rebounds, two assists and two steals per game while shooting 61% on twos and 30% on threes. He also averaged 9.6 points and 5.4 rebounds during the Adidas Next Generation U18 Tournament, helping Alba Berlin to a third-place finish.

Scout.com quoted a NBA scout that has seen Wagner play:

“He’s a versatile kid who knows how to play ball,” a NBA scout that has evaluated him multiple times told Scout. “He’s not an athlete, but with his length and coordination he manages to deceive his opponents and get to the rack quiet easily. Once he becomes a more consistent shooter he will be a nightmare on the wing.”

“He reads the game well, gets his teammates involved and is unselfish player,” the NBA scout added. “The most impressive thing about him is his passion for the game and the will to win. He legitimately cares for the game.”