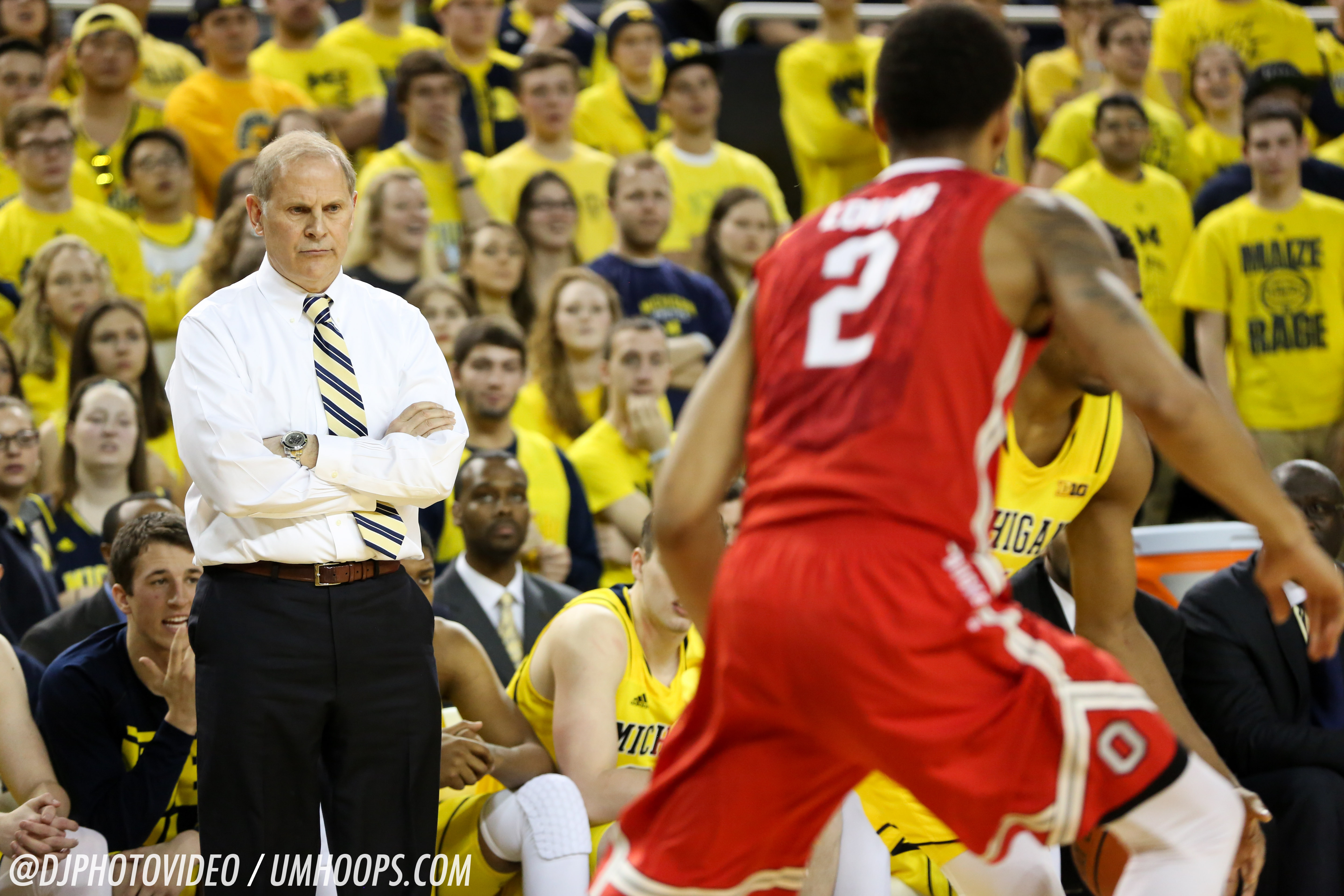 The Michigan coach’s remarks are transcribed below.

Opening statement: “Good morning. It was a good weekend here to get back in the win column and have Max Bielfeldt play a very good game on his Senior Night and then see our young guys show great maturity to be able to get away from Rutgers and have one of the few comfortable wins we’ve had this year.”

On how one-and-done players affect a program: “We haven’t had any one-and-dones, thank goodness. But the two-and-done has similar types of ramifications. It is very difficult. I don’t know all the research that’s out there, but we’ve lost five or six in the last couple of years and it is difficult. The uncertainty in recruiting the prior fall, because young men come in and they want to play right away, but they see the star there. At the same time, if that star goes pro — you don’t know if somebody is going to go pro. People can assume it, but they don’t go that way. It is difficult.

“I don’t think on college basketball it has had much effect. I think it’s going to affect individual programs, where you’ll see teams like Kentucky in the NIT one year. You’re seeing with us and the injuries. Overall, college basketball will survive all of that.”

On game planning for Frank Kaminsky: “It’s a great story. I don’t enjoy the game plan; I enjoy the story. Here’s a guy that averaged two points per game as a freshman and wasn’t really on our scouting report as a guy you had to stop three years ago. Now he’s arguably one of the best players in the country. There’s a skillset of a guy being able to score inside and be able to shoot threes that’s very difficult to defend. Now you also add that he does see the floor. When he gets double-teamed, you’re going to have a step-in three or a closeout opportunity where somebody can drive with someone else. When you try to double him, he’s seen that movie before.

“It’s just what I’ve always embraced about college basketball. You have all the rating systems of people coming in, and everybody’s basing the future on these rating systems sometimes. And while obviously some of them are very accurate, there are so many great players out there. We’ve had quite a few of these the last couple of years that were not the McDonald’s All-American coming in. They were guys that who were willing to put in there time, work hard, stay the course, get a great education and have a great college experience. It’s always good to see a guy do what Frank has done here.”

On whether Muhammad-Ali Abdur-Rahkman has hit a wall: “I don’t think so. We’ve been putting him on the other team’s best player as his defense has gotten better, and he’s really concentrated on that. I think he’s pretty well-rested, and he’s doing his best. He’s learning on the fly. One day, it’s the zone like Northwestern. The next day, you’re playing against Rutgers or somebody. He’s making progress. I don’t think he’s tired. I think he continues to learn every day, and that can stagnate, temporarily, that improvement.”

On Aubrey Dawkins’ three-point shooting: “He came in with extremely high arch and a slow release. Between Coach Meyer, Coach Vall and myself — we work with all the perimeter players — he understands what we call the ‘Ray Allen shot.’ You have to get rid of it quickly, because there’s a 6-7 guy coming at you quickly. It’s not a shootaround. It’s not a game of HORSE.”

On the double-bye format of the Big Ten tournament: “The teams that are at the top of the league deserve this, but everybody deserves to be in the tournament as well. You just never know what can happen. It makes a lot of sense.”