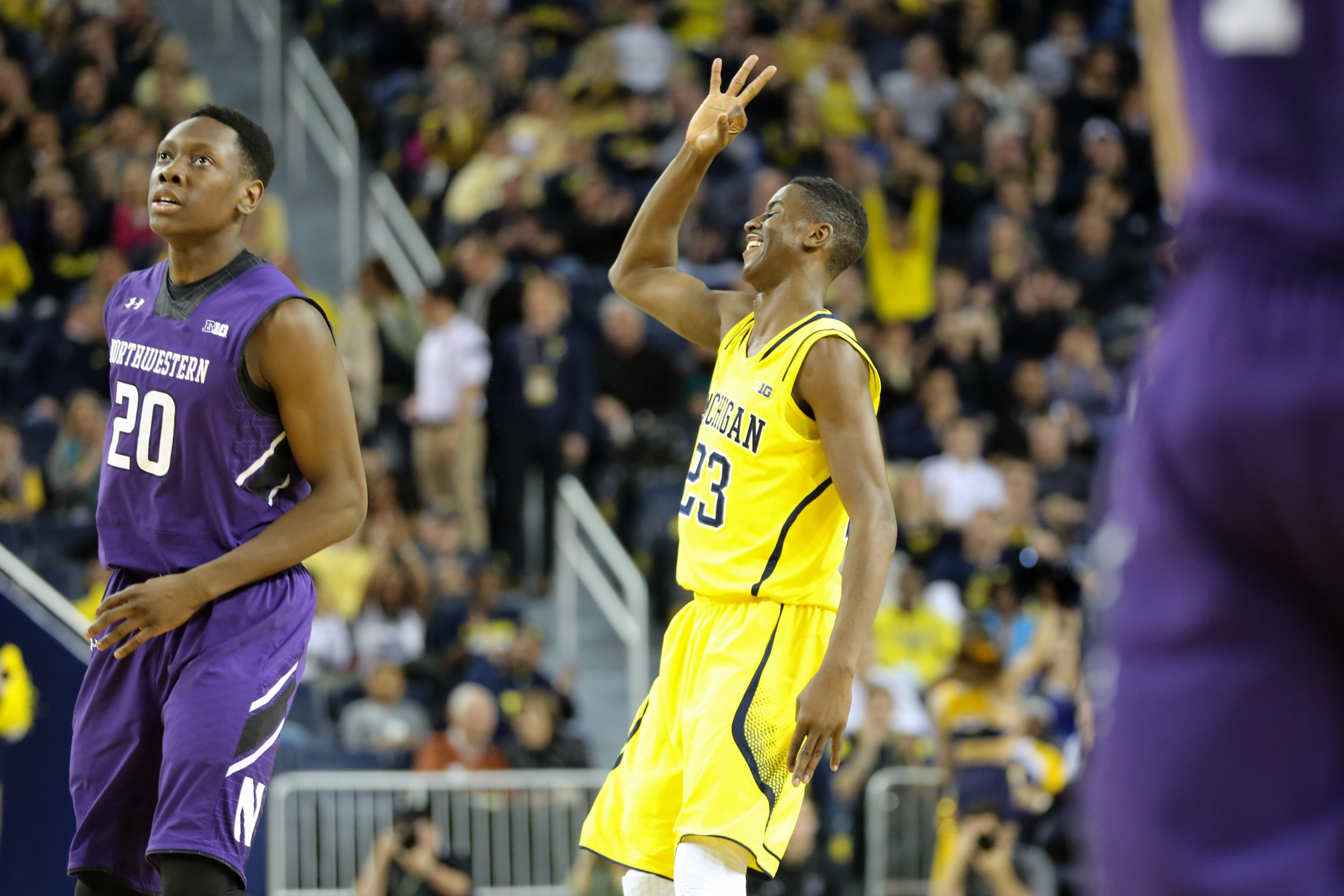 Caris LeVert hasn’t played since re-injuring his foot in the waning moments of Michigan’s 56-54 victory over Northwestern on January 17th, but he’ll a critical decision to make about his future in the coming weeks and months. Here’s the latest on LeVert’s NBA Draft stock.

Caris LeVert hasn’t played a game since re-injuring his foot in the waning moments of Michigan’s 56-54 victory over Northwestern on January 17th.

The 6-foot-6 junior underwent surgery to repair a stress fracture in his foot days later and has been in a walking boot ever since. LeVert appeared for the first time without crutches at Michigan’s home win over Rutgers on Saturday.

He’ll have a critical decision to make about his future in the coming weeks and months as he decides whether to declare the NBA Draft. John Beilein reported earlier this month that the NBA Draft Advisory Board has promised to provide feedback as quickly as possible to help LeVert make his decision.

“We’ll put his name into the NBA draft advisory board so that we can get some type of idea,” Beilein said. “They don’t do it this early, but I’ve been assured he’ll be one of the first ones on their list that they’ll look at.”

The NBA Draft deadline is April 26th, which gives LeVert a little over a month to make his decision. Given that his foot is still in a boot, his rehab schedule could effect the decision. The originally announced recovery for LeVert’s injury was 12 weeks, which would set a return date around late April — right around the deadline.

The NBA Draft combine is scheduled for May 12-17th and team-specific workouts take place over several months leading up to the NBA Draft on June 25th. Despite the injury concerns, LeVert is still regarded as a first round pick by many draft scouts and reporters.

Chad Ford writes that LeVert is still highly regarded in NBA circles, even with the injuries and something of a disappointing junior year.

LeVert has been out since Jan. 20 with a stress fracture, though he should be healthy enough to compete in draft workouts. While his junior year was solid, his passing and shooting ability could make him a hotter commodity than he shows right now as we get closer to the draft.

Jeff Goodman feels LeVert would be a perfect fit for the Bucks:

LeVert is exactly what this team needs. He brings length, can really play defense and has become a reliable perimeter shooter. The question is whether he actually declares for the draft because he’s missed the last half of the season with a foot injury.

A broken foot ended LeVert’s season last month, a major disappointment for some executives who were anxious to see how LeVert finished the year. LeVert has prototypical two-guard size and shot well enough from three (40.5 percent) to convince several scouts that he could do it on the next level. His mid-range game needs work, but he’s a nice developmental player for a team picking in the second half of the first round.