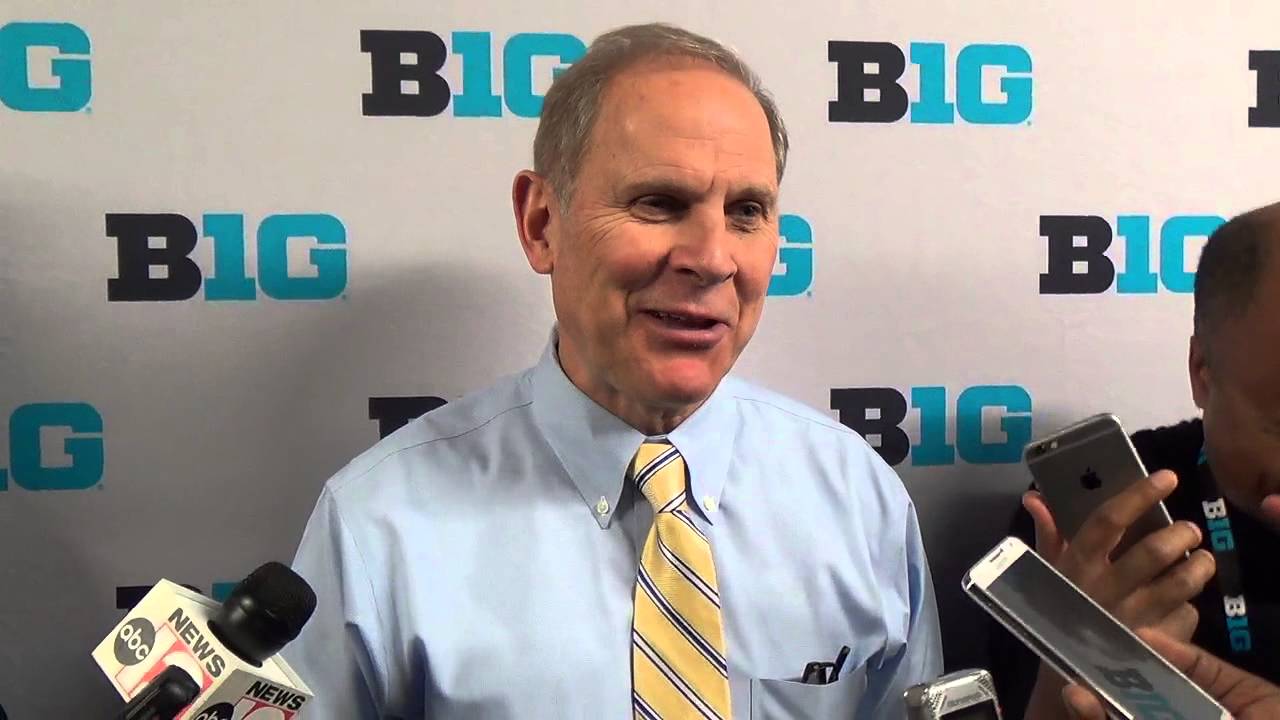 After the potential season-ending loss, Beilein met with media to recap the growth he has seen from his team, their NIT aspirations and more.

CHICAGO, Ill. — While Michigan put itself in position to upset top-seeded Wisconsin in the third round of the Big Ten tournament, the Badgers made clutch shots late to pull away for a 71-60 victory.

After the potential season-ending loss, John Beilein met with media to recap the growth he has seen from his team, their NIT aspirations and more.

On being tied with six minutes to play: “We just had to get stops. That was the issue in the second half. We couldn’t stop them. Everything was going to have to break right, and we were going to have to get them to miss some shots. It’s almost impossible — because they have so many passers — to keep them from opening shots. If you go single coverage in the post, you’re going to have a lot of trouble.”

On Wisconsin not getting whistled for fouls: “I think they really work at it. That is their thing. They really work at it. At the same time, there’s got to be sometime… [laughs] I don’t think we shot as many jump shots as we have in the past. We did take it to the basket. They must be extremely good at it.”

On putting the season in perspective: “I thought more than anyone that it was a transitional season as it was. … We knew what we were losing from the year before, with five of our top eight. I knew we were going to go through that, and that was going to have challenges. Now we have the LeVert injury, and then we have the Walton injury. There was like three seasons in it, and if I knew what I knew now, obviously I would have done a lot of things differently because of those injuries, et cetera. I just thought it was a great year of growth for the individuals, but also the program.”

On making the NIT: “That would be good for us to do, to see if we can experience winning. The NIT now, it is difficult to win in that. You’re going to go on the road, there’s going to be very difficult teams. Teams like us. If we’re playing a possible Final Four team [in Wisconsin] to a single-digit game where anybody could win with five minutes to go, look what’s out there. It would be a great experience.”

On making a case for the NIT: “I think you have to look at our season. Certainly, there were points when we didn’t play up to as good as we can be, but there are reasons behind that. There were early injuries that led to some tough losses. You look at all the overtime losses, all the close losses, that shouldn’t separate us from a team that played maybe not the same schedule. … I’m proud of the way we played hard in all those situations against really good teams.”

On whether he expects to make the NIT: “I expect that the NCAA and the NIT will be very fair, and they will pick the right 32 teams. I think if people look beneath the record and understand what we went through, we’re a very good team. They do a great job. I have great faith in them that they’ll pick the right teams.”

On Zak Irvin’s improvement: “He’s so proud of his assists right now, because we made it such a big issue. But how about the 11 rebounds? Just look at the numbers from last year. … It’s very impressive. He’s shown that he can play a lot of positions next year, and we like when we have guys that versatile.”

On the technical foul: “It was just a general, overall disagreement. [laughs]