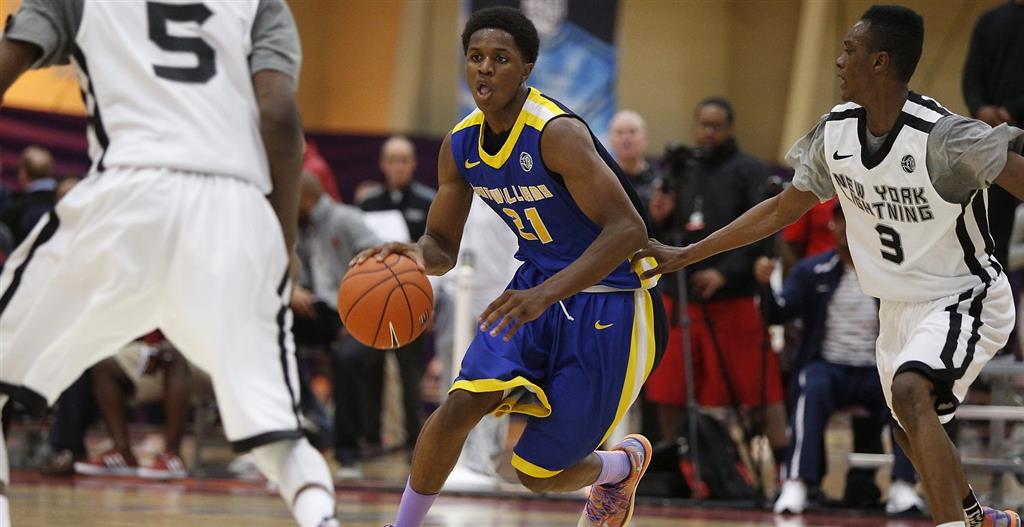 Four-star guard Kenny Williams met with John Beilein on Friday and is planning a trip to Michigan. The 6-foot-3 guard will also visit North Carolina and Virginia officially this week.

John Beilein was in Virginia yesterday to visit with four-star guard Kenny Williams.

Williams, one of the best shooters in the class of 2015, recently decommitted from Virginia Commonwealth after Shaka Smart accepted the Texas coaching job.

According to Scout.com, Beilein met with Williams at his school while Georgetown’s John Thompson III visited Williams’ home. Also according to Scout, the guard has already setup two official visits: to North Carolina on Sunday and Virginia on Tuesday.

Williams previously took an official visit to VCU which means he has two remaining official visits after trips to North Carolina and Virginia. MLive’s Brendan Quinn reports that the sharpshooter plans to visit Michigan.

Williams’ high school coach, Troy Manns, texted MLive that the visit “went well” and that a visit was in the plans even though a date has yet to be finalized.

Williams’ current school list includes North Carolina, Michigan, Georgetown, Virginia, Louisville, Kansas and Florida. The 6-foot-3 guard is the No. 88 prospect in the country according to 247Sports’ Composite rankings.

247Sports’ Jerry Meyer recently called Michigan the ‘team to beat’ in Williams’ recruitment, but North Carolina (one of the presumed favorites before Williams chose VCU) and Virginia will have the first crack with official visits.