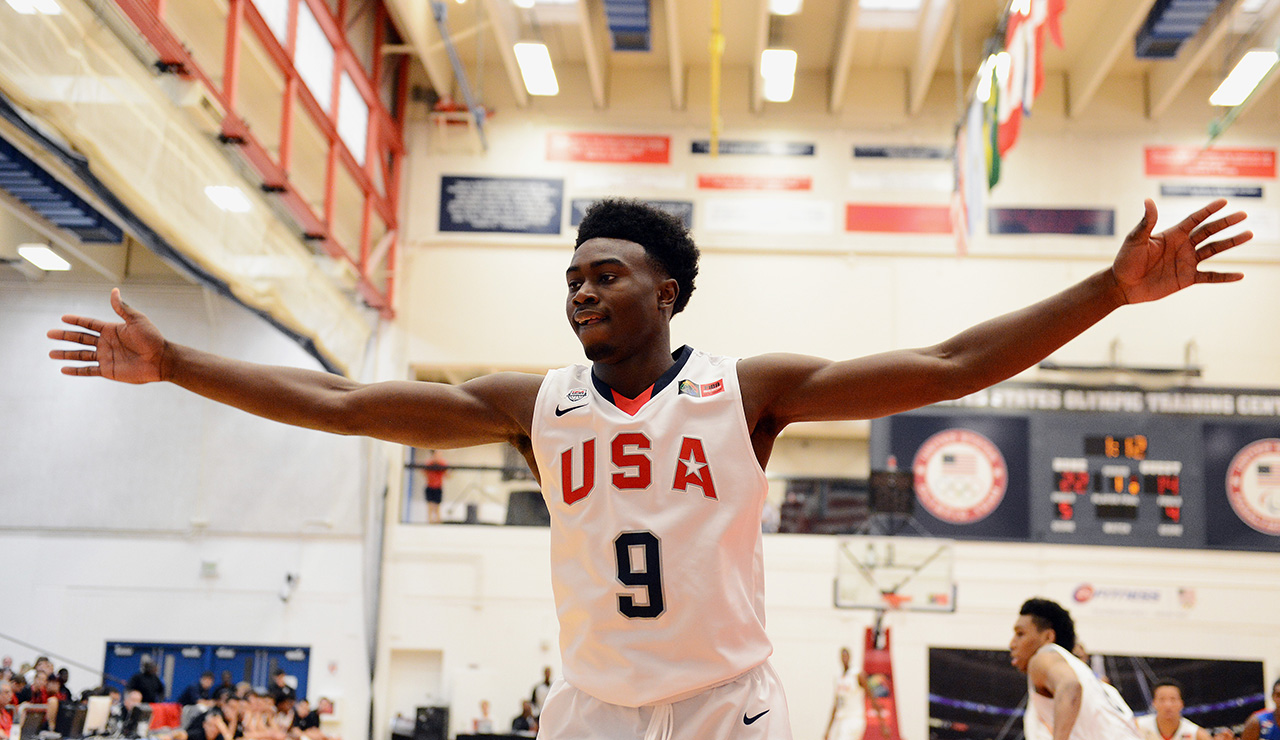 Jaylen Brown eliminated Kansas and is now down to California, Kentucky, Michigan and North Carolina.

According to a report by 247Sports, Jaylen Brown has removed Kansas from his list and is now down to four schools: California, Kentucky, Michigan and North Carolina.

The 6-foot-6 wing is a consensus five-star prospect and he’s visited all four schools remaining on his list.

Michigan leads Brown’s Crystal Ball with 56% of the projections. He’s Michigan lone remaining recruiting target in the class of 2015 after Kenny Williams dropped Michigan earlier this afternoon. The Wolverines have one scholarship to give in the class.

ESPN’s Paul Biancardi had previously reported that he was hearing that Michigan and Cal could be the favorites in Brown’s recruitment.

“[Jaylen Brown is] the best finisher in the class,” Biancardi said last week. “When he gets in the paint and at the rim you can’t stop him. He can go over you, around you. He has a great second jump and a jumpshot that needs work. Sources close to his family told me it could be Cal or it could be Michigan for his final destination.”

Brown refuted reports that he had trimmed his list at that time. Brown has not set a date to make a decision.