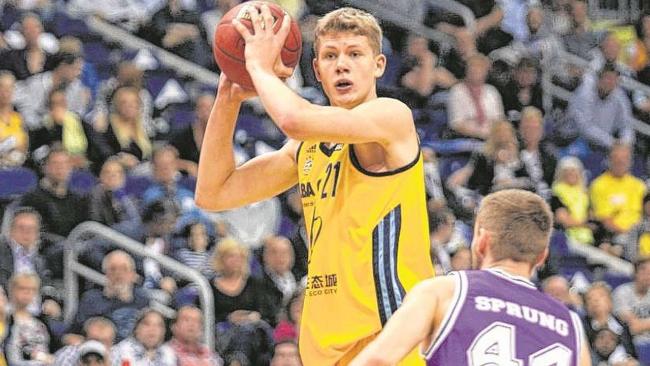 “Moe is a long and versatile player,” said Beilein. “He has a great understanding of the game with a tremendous upside. As a product of Germany, he has always played against men five to even 10 years older than him, which has only helped his growth as a player. As he continues in his development, Moe’s skill and athleticism will allow him to eventually play multiple positions for us. He just turned 18 years old, so we are excited about his potential. Moe’s engaging personality and passion for the game will make him a very valuable asset to our team now and in the years to come.”

He played in the 2015 NBBL All-Star game, helping the North team to a 67-63 win, scoring 14 points and grabbing nine rebounds. Wagner was also part of the 2015 Belgrade adidas Next Generations Tournament, helping ALBA Berlin to a 3-2 record and a third-place finish. He played in all five games, averaging 9.6 points, 5.4 rebounds, 1.6 assists and 2.0 steals per game. In 2014, he helped guide ALBA Berlin to the NBBL German Championship after a 69-56 win over CYBEX Urspring.