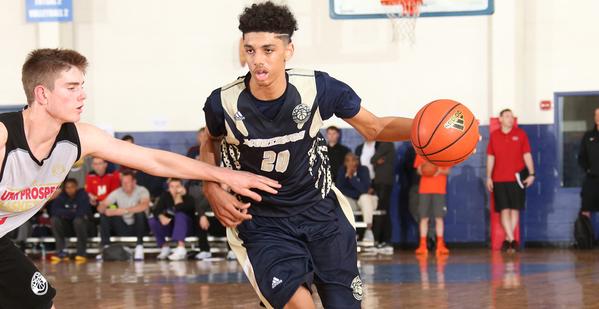 June 15th has been an important date on the Michigan basketball recruiting calendar due to several high profile offers and commitments over the last several years. Officially, June 15th after a prospect’s sophomore season is when Division I coaches can start contacting prospects directly.

June 15th has been an important date on the Michigan basketball recruiting calendar due to several high profile offers and commitments over the last several years.

Officially, June 15th after a prospect’s sophomore season is when Division I coaches can start contacting prospects directly. That meant for a busy day on the phone for many rising juniors across the country.

A year after extending seven scholarship offers on June 15th, the Wolverines are being more patient this year with limited scholarships available. Michigan coaches were on the phones, but the offers appear like they’ll have to wait.

We’ll have a full class of 2017 hot board in coming days — for now check out our class of 2017 recruiting profiles here — but many of the usual suspects received calls from Michigan on Monday.

One of the top visitors at Michigan’s College Practice Camp, Greg Floyd Jr., also heard from the Wolverines on Monday.Memphis, UNLV, Washington, Marquette, Oregon and Iowa all reached out to Floyd and he also got a call from Michigan’s head coach.

In-state point guard Jermaine Jackson Jr. also heard from Michigan along with DePaul and Cornell on Monday. Jackson recently took a full unofficial visit to Michigan and is one to track this July.

While many of the usual suspects heard from the Michigan staff, there are a few new class of 2017 names on the radar as well.

The Wolverines also reached out to another top prospect, five-star forward Billy Preston. Preston reportedly heard from Washington, St John’s, TCU, Oklahoma, Oklahoma State, Michigan and Michigan State. Preston is the No. 11 prospect in the class of 2017 according to 247 Sports’ composite rankings.

Seth Towns is headed to Harvard. The four-star forward from Columbus chose Harvard over offers from Michigan, Ohio State and a host of other high-major schools. The 6-foot-7 forward named Michigan his leader when he was offered at this time last year, but found a terrific fit at Harvard.

The Wolverines were likely out of room for Towns after landing commitments from Tyus Battle, Austin Davis and Moritz Wagner over the last several months. Michigan remains focused on landing a point guard in the class of 2016 and Cassius Winston is the primary target.