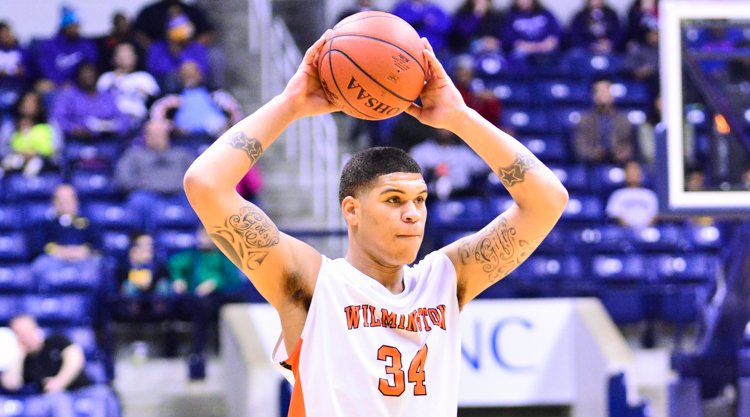 The four-star guard from Wilmington, OH is ranked 61st in the class of 2016 according to 247 Sports’ Composite Rankings and holds offers from Cincinnati, Purdue, Florida State and a number of other high-major schools.

The visit came together quickly after news that Tyus Battle had decommitted and Cumberland tweeted a simple reaction to the trip.

We hope to have more on Cumberland’s trip to Ann Arbor in the hours and days to follow.

Tyus Battle took his official visit to Syracuse over the weekend and the visit went “very well” according to NunesMagician, which also notes that “Jim Boeheim did not receive a commitment.” Many had speculated that a commitment to the Orange was possible on Battle’s trip, but as of now that hasn’t occurred.

Connecticut and Kentucky have been mentioned as possible additional visits for Battle, who has now used four of his five officials to Duke, Louisville, Michigan and Syracuse, but the 6-foot-5 guard has not commented to the media since his most-recent visit.

“Ty and I are not making any comments until we figure things out,” Gary Battle told MLive. “If I knew (the status of Tyus’ recruitment) than I could say but I truly don’t until I sit with fam and talk to Michigan.”

I’ve seen quite a bit of discussion as to whether Battle has officially decommitted or is simply taking additional official visits, but that seems like semantics to me. Despite that, the ball is in Battle’s hands to address the situation publicly either on Twitter or an interview to formalize his standing. Cumberland’s visit is a clear indicator that the Wolverines aren’t afraid to move on and don’t want to be caught waiting for Battle.

Langford had visited Michigan twice and had the Wolverines high on his list, but the two parties had drifted apart somewhat over the last month once Battle committed. Battle had essentially taken Langford’s spot at Michigan when he committed and the Wolverines had focused their recruiting efforts on a point guard.

Langford pledged to Tom Izzo and Michigan State on Monday which means the Wolverines could be left without either of their top class of 2016 wing targets.

Jamal Murray’s recruitment finally appears to be drawing toward a conclusion. The Canadian combo guard is going to reclassify to the class of 2015 and will announce his decision on Wednesday on TSN in Canada.

Michigan gained some play as a potential sleeper school for Murray in recent weeks, but his final decision is expected to be between Oregon and Kentucky. Oregon forward Elgin Cook even tweeted about Murray as Oregon’s “newest commit”.