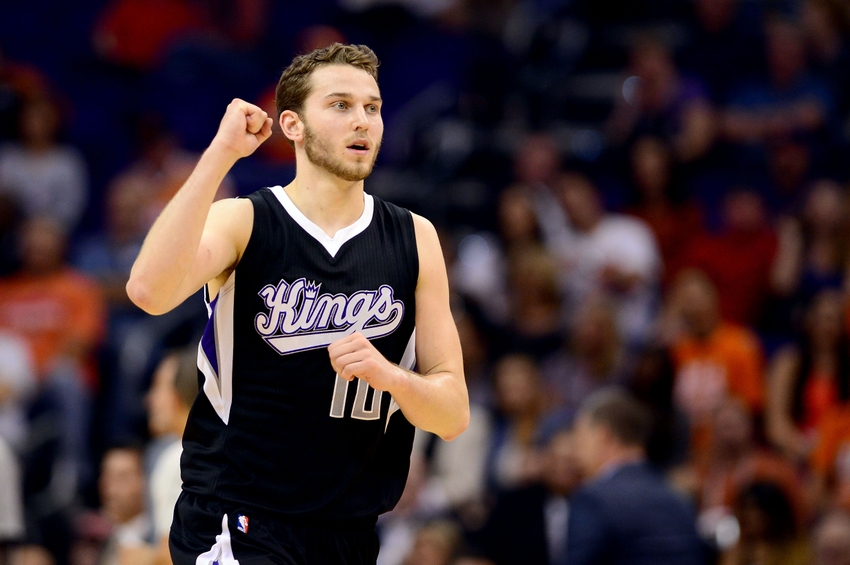 According to a report by Adrian Wojnarowski, the Sacramento Kings are trading Nik Stauskas to the Philadelphia 76ers.

According to a report by Adrian Wojnarowski, the Sacramento Kings are trading Nik Stauskas to the Philadelphia 76ers.

The trade makes Stauskas the second Wolverine to be traded in the last week after Tim Hardaway Jr. was dealt to the Atlanta Hawks.

“Sacramento is trading Jason Thompson and Carl Landry as part of a salary dump to the Philadelphia 76ers. The Kings are sending Nik Stauskus to the 76ers as part of the deal too,” Wojnarowski tweeted on Wednesday evening. “Sacramento is clearing the space for a pursuit in free agency, league sources tell Yahoo. Stauskas had been pursued by several teams. 76ers sending the rights of oveseas players to Kings. Philly wanted Stauskas and will take on Thompson/Landry salaries.”

Stauskas averaged 4.4 points, .9 assists and 1.2 rebounds per game while seeing action in 73 contests for the Kings last season. He was drafted 8th overall in the 2014 NBA Draft.

Here is Stauskas’ shot chart from his rookie year via Shot Analytics: