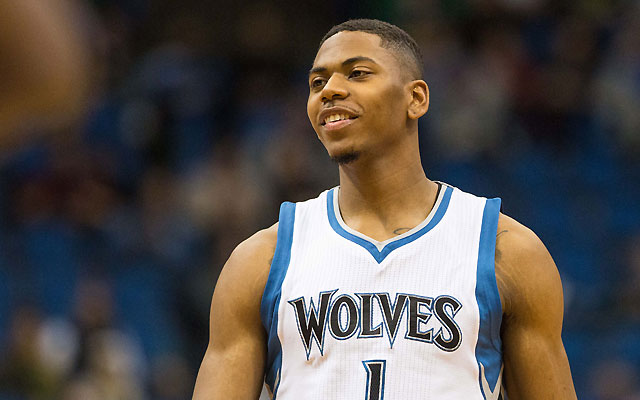 Glenn Robinson III signed a three-year contract with the Indiana Pacers, Jordan Morgan is heading back to Europe and Aubrey Dawkins will participate in Adidas Nations.

Glenn Robinson III has bounced around a bit since being drafted by the Minnesota Timberwolves last summer, but he’s found a new team in his home-state of Indiana.

Robinson and the Indiana Pacers agreed to a three-year contract today, according to a report by Yahoo’s Adrian Wojnarowski.

Robinson averaged 2.1 points per game in 35 games a rookie with both the Timberwolves and the Philadelphia 76ers. He also had a strong showing at the NBA Summer League with the Atlanta Hawks where he averaged 12 points and three rebounds per game through six contests.

Can't wait to continue my journey in the NBA with the Indiana Pacers, couldn't be more excited to play at home!! #OverlyDedicated

Aubrey Dawkins is headed back to California this summer to serve as a college counselor at the adidas Nations Camp in Long Beach, CA.

According to MLive’s Brendan Quinn, Dawkins will participate in the event from July 31st through August 3rd. Last summer, Derrick Walton and Zak Irvin both participated in the event.

Dawkins was a late signee last summer and started the season as a fringe rotation player. By the end of the year, he was a regular starter who averaged 7 points and two rebounds per game while shooting 44% from three-point range. The camp should provide Dawkins with an opportunity to grow in scrimmages and drills against a strong crop of college players.

Full rosters for the 2015 adidas Nations Camp are expected to be announced near the end of next week.

After a solid showing in the NBA Summer League, Jordan Morgan has signed another professional contract.

Morgan is headed to France to play with Nantes Atlantique in France’s Pro-B league.

Morgan averaged 7.5 points and 6 rebounds per game while shooting 48% from the floor in 22 minutes per contest last season while playing with Virtus Roma in Italy.

Grateful that I will be spending another year making a living playing the game that I love #Nantes… https://t.co/0avDnZsRmy