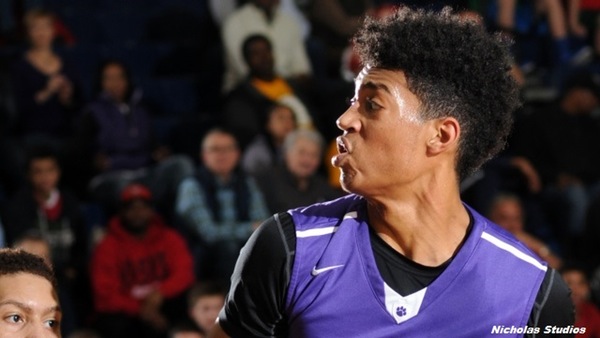 The July evaluation period is in the books and Michigan has already added a new class of 2016 commitment. Here’s an overview of where things stand after the July period.

It wasn’t a well kept secret that Ibi Watson wanted a Michigan offer entering July and that the Wolverines weren’t going to give it away easy. The mutual interest was there from the start, but Watson needed to play well this July to join the class. He did and now he’s in.

There were other options like Karmari Newman, Amir Coffey and even a late-bloomer like Maishe Dailey, but at the end of the day Watson’s stellar play combined with his mutual interest proved to be the winning combination. Watson’s commitment means that Michigan’s main focus between now and the early signing period in November will be finding a point guard to sign on the dotted line.

Cassius Winston is Michigan’s top point guard target and has been for at least the last year. Michigan has the final official visit in his recruitment and has done everything in its power to stay at or near the top of the pack. Winston’s unofficial visit count to Ann Arbor (and probably East Lansing as well) is in the double-digits and the Wolverines put the full court press on him during the July period. Winston is Michigan’s guy and he’s going to be the recruiting focus for the next several months.

After that, the pecking order of point guard prospects gets a bit more interesting.

Quentin Goodin is the only other player with a Michigan offer, but schools like Xavier and Western Kentucky seem to have prioritized him more than the Wolverines at this point. Goodin will take an official visit to Xavier this weekend. Michigan was removed, then re-added to Goodin’s final list of five schools before July, but he doesn’t appear to have received as much attention from Michigan during the month of July as some other prospects.

One player who did receive plenty of attention from the Michigan coaching staff during July was Milwaukee point guard Te’Jon Lucas. Lucas helped himself as much as any point guard in the country during the month of July. Illinois and Purdue both extended offers to Lucas while Michigan — including Beilein — watched him very closely throughout July.

Lucas is a smooth lead guard with an innate feel for the game that coaches value and he looks like he’d be a great fit in Michigan’s ball screen offense. Expect Michigan to work to get Lucas on campus over the coming weeks and months.

Another name to track is Payton Pritchard. Pritchard is an Oklahoma decommitment who John Beilein spent some time watching this last week in Las Vegas. Pritchard is expected to take his time this time around and Michigan is in the mix along with schools like Wisconsin, Oregon, Arizona State, Baylor, California, Kansas and Louisville

Michigan hasn’t been very aggressive in its 2017 recruiting to date — the Wolverines have yet to extend 2017 offers — with much of the focus on landing a point guard in the 2016 class and cleaning up after the Tyus Battle debacle. But with Watson in the fold and point guard priorities fairly well established, it seems that the 2017 class should slide more into focus.

The core of Michigan’s 2017 recruiting board this summer consisted of players like Brian Bowen, Jaren Jackson, Kris Wilkes, Trae Young, Greg Floyd Jr., Christian David, Jermaine Jackson and Xavier Tillman, but there have been some new additions as well.

Big man Jaron Faulds is one name to remember after the junior big man had a terrific weekend at the Spiece GRBA Nationals in Fort Wayne. Michigan and Michigan State were in Fort Wayne throughout the weekend and Faulds impressive play reportedly caught their eyes.

“Written about last week for his strong play in Detroit, Faulds went out and again earned the accolades,” Bank Hoops wrote this week. “He played significant minutes for both the Family 16U that reached the semifinals and the 17U that won it all. Even when the legs faded he continued to play hard, though the dunks sometimes morphed into layups. Faulds also shot it well from the elbows and short corners, to the likely pleasure of Michigan coach John Beilein who was at many of his games. Active off the ball as a screener and rebounder. Well on his way to Big Ten offers.”

Expect to hear more about 2017 prospects in the coming weeks and months as Michigan starts to host more rising juniors for unofficial visits this fall.

With Ibi Watson and Jon Teske in the class of 2016, Michigan has landed commitments from five prospects from the state of Ohio in the last six years. Prior to Trey Burke, the Wolverines hadn’t signed a player from Ohio since Eric Riley in 1988.

Two of the three new Ohioans that have signed with Michigan this decade and played for the Wolverines are (or will be) pros so it’s safe to assume that Michigan will keep hunting for talent in Ohio. Here’s a look at how many players Michigan has signed from Ohio since 1970, broken up by decade.

“(Michigan) knows what it can get out of the Columbus, Ohio, area,” Gill said. “After going and getting Trey and going and getting Caris, I’m sure they want to keep that pipeline going — where they get guys that Ohio State doesn’t want and then they become stars at Michigan.”

5. Where does Kevin Huerter fit?

I had a chance to watch Kevin Huerter in-person in April and there aren’t many players who would be a better fit for what Michigan does offensively than Huerter. He has length, a terrific shooting stroke, great vision and he’s a willing passer. He didn’t have the best July — he struggled at the Nike Peach Jam and missed several games due to baseball — but he’s still a terrific player and a high-major commodity.

Michigan has been among the schools recruiting Huerter the hardest and I wouldn’t be surprised if that continues. There’s a very real possibility that Huerter, who isn’t even 16 years old, could opt to go to prep school for a year and then join the class of 2017. That’s where Syracuse is recruiting him and given Michigan’s scholarship crunch it could make sense for the Wolverines as well.