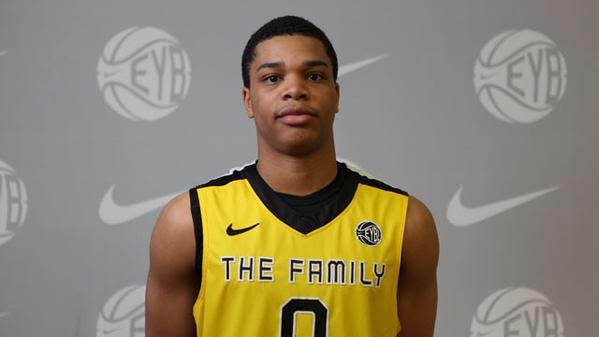 Bridges, ranked 16th in the class of 2016 according to 247Sports’ composite rankings, is coming off of a superb July on the AAU circuit. The 6-foot-6 wing’s stock is high and he’s down to five schools: Kentucky, Michigan State, Michigan, Indiana and North Carolina.

Michigan’s recruitment of Bridges has seen some ups and downs, but this week’s trip to Ann Arbor and the subsequent offer are signs that both parties might be starting to work some things out. The trip to Ann Arbor was Bridges’ first as his most-recent scheduled trip to Ann Arbor — for the Wolverines’ College Practice Camp — never materialized.

“I talk to Coach (John) Beilein all the time, and it’s a great situation,” Bridges told ESPN earlier in July. “I love the way they bring in guys who aren’t ranked and turn them into pros.”

The Bridges visit is also notable because he’s expressed an interest in playing college basketball with his AAU teammate, Cassius Winston. Winston is Michigan’s top recruiting target and the two combined to play very well throughout the summer circuit.

Kentucky and Michigan State are the presumed leaders in Bridges’ recruitment according to recent reports and the 247Sports Crystal Ball.

Four-star point guard offeree Quentin Goodin is officially off the board after he committed to Xavier on Sunday.

Goodin committed during an official visit to Xavier and chose the Musketeers over Florida, Western Kentucky, Miami and Xavier.

Michigan offered Goodin on June 15th of last year, but the mutual interest between both parties seemed luke-warm at times. Goodin originally had dropped Michigan when he cut his list to five schools before July, only to add the Wolverines back to his list and remove Louisville.

Michigan currently has one reported official visit scheduled for this fall, Cassius Winston on September 19th.