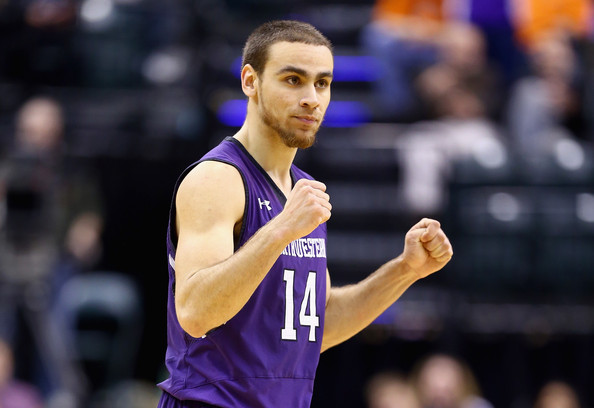 The Big Ten’s defensive player of the year last season, Davis was a worthy recipient of the honor. He routinely guarded some of the league’s best players and was a major reason the Boilermakers had the Big Ten’s second best defense in conference play. Now as a senior, he’ll get the luxury of playing with arguably the nation’s top frontcourt trio in A.J. Hammons, Isaac Haas and Caleb Swanigan. Davis played the four last season and with Swanigan’s arrival will shift to the three, his more natural position. Offensively, the Fort Wayne native is an ordinary contributor who was the team’s second leading scorer a season ago. He did an excellent job of getting to the line (52.6 percent free throw rate), but was a below average 3-point shooter (30 percent) and wasn’t a great finisher, either (50 percent on 2s).

There was a void in the middle for Indiana last season and the Hoosiers hope that Bryant, the No. 25 recruit nationally according to the RSCI rankings, will fill it. He’s one of four McDonald’s All-Americans entering the conference this season and all four players play in the frontcourt. There’s a good chance Bryant starts from day one, particularly following the news of Hanner Mosquera-Perea’s dismissal from the program back in early May. His impact should be felt immediately as Indiana sold Bryant on being the missing piece on a roster stocked with perimeter players. Bryant was lauded by national scouts for his motor and intensity and Tom Crean has already mentioned that he expects the Huntington Prep product to help the team improve its field goal percentage defense and shot blocking.

Ethan Happ is a name that many casual fans haven’t even heard of, but he could be next in a long line of Wisconsin stars to grow up in the shadows of a redshirt season.

Frank Kaminsky, Sam Dekker, Josh Gasser, Traevon Jackson and Duje Dukan made up the core of back-to-back Final Four runs for the Badgers and have all moved on. Now the Badgers will build around Bronson Koenig, Nigel Hayes and a host of players who have limited experience.

Coming out of high school, Happ was ranked 150th nationally and admitted that he didn’t really know how to play in the post. A year of practice with Bo Ryan should teach any basketball player a thing or two about post play and Happ also has the endorsement of last year’s Player of the Year.

“I think Ethan Happ is going to be a really good player for this program” Frank Kaminsky told Fox 6 in April. “He’s one of those guys who gets better every day. He has a will to come in and compete every day in practice and get better.”

Despite the rocky sophomore year, Nunn still fits the mold of player who should bounce back as a junior. He was healthy this offseason after sitting out the majority of last summer due to a platelet-rich plasma injection in his left knee. The Illini will be without point guard Tracy Abrams for the second consecutive season which means Nunn should be called on the carry the backcourt scoring load.

The Wildcats enter season three of the Chris Collins era and the program appears to be on the rise. Demps, a Bill Carmody holdover, was a major reason Northwestern got hot late and won five of its last seven in the regular season before bowing out in the opening round of the Big Ten tournament. In those five Northwestern wins, he averaged 17.2 points and beat a pair of NCAA tournament teams in Indiana and Iowa. He connected on a team-high 55 3-pointers and was the least turnover prone of Northwestern’s regulars with a turnover percentage of just 12.9. Now as a senior leader alongside big man Alex Olah, he’ll play with some expectations for the first time. Northwestern may not be ready to enter the NCAA tournament conversation just yet, but the next step forward is a move into some form of postseason play and Demps will be a centerpiece of those efforts.