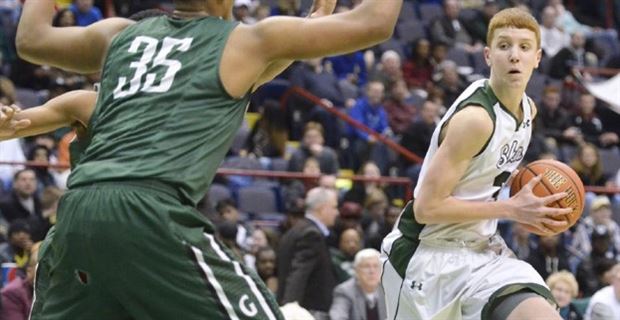 Four-star wing guard Kevin Huerter has set four official visits, according to a report by ZagsBlog.com. The 6-foot-5 guard will visit Michigan for the weekend of September 12th.

Four-star wing guard Kevin Huerter has set four official visits, according to a report by ZagsBlog.com.

Huerter is a 6-foot-5 guard from upstate New York, who blew up this summer on the Nike EYBL circuit. He’s ranked 71st nationally in the class of 2016 according to 247Sports Composite and is known for his shooting and passing abilities.

Huerter averaged 13.2 points and three assists per game on the EYBL circuit while shooting 43% from three-point range.