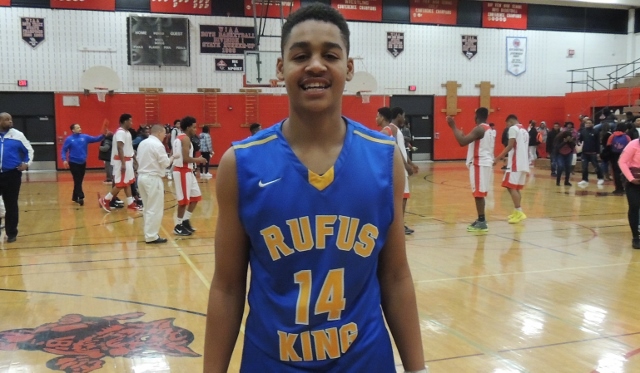 Michigan extended a pair of scholarship offers to 2016/2018 wing Brendan Bailey and 2017 guard Jordan Poole this weekend after hosting an impressive visit weekend.

Michigan extended a pair of scholarship offers this weekend after hosting a number of visitors.

Bailey is ranked 67th nationally according to 247Sports Composite and is considering Gonzaga, Marquette, San Diego State and Utah in addition to the Wolverines.

Poole is a 6-foot-4 guard from King High School in Milwaukee and is ranked 95th nationally according to 247Sports’ Composite rankings. He was Michigan’s first offer in the class of 2017.

He was on an unofficial visit in Ann Arbor over the weekend. He also visited and was offered by Indiana last weekend and also holds offers from Illinois, Marquette and others.