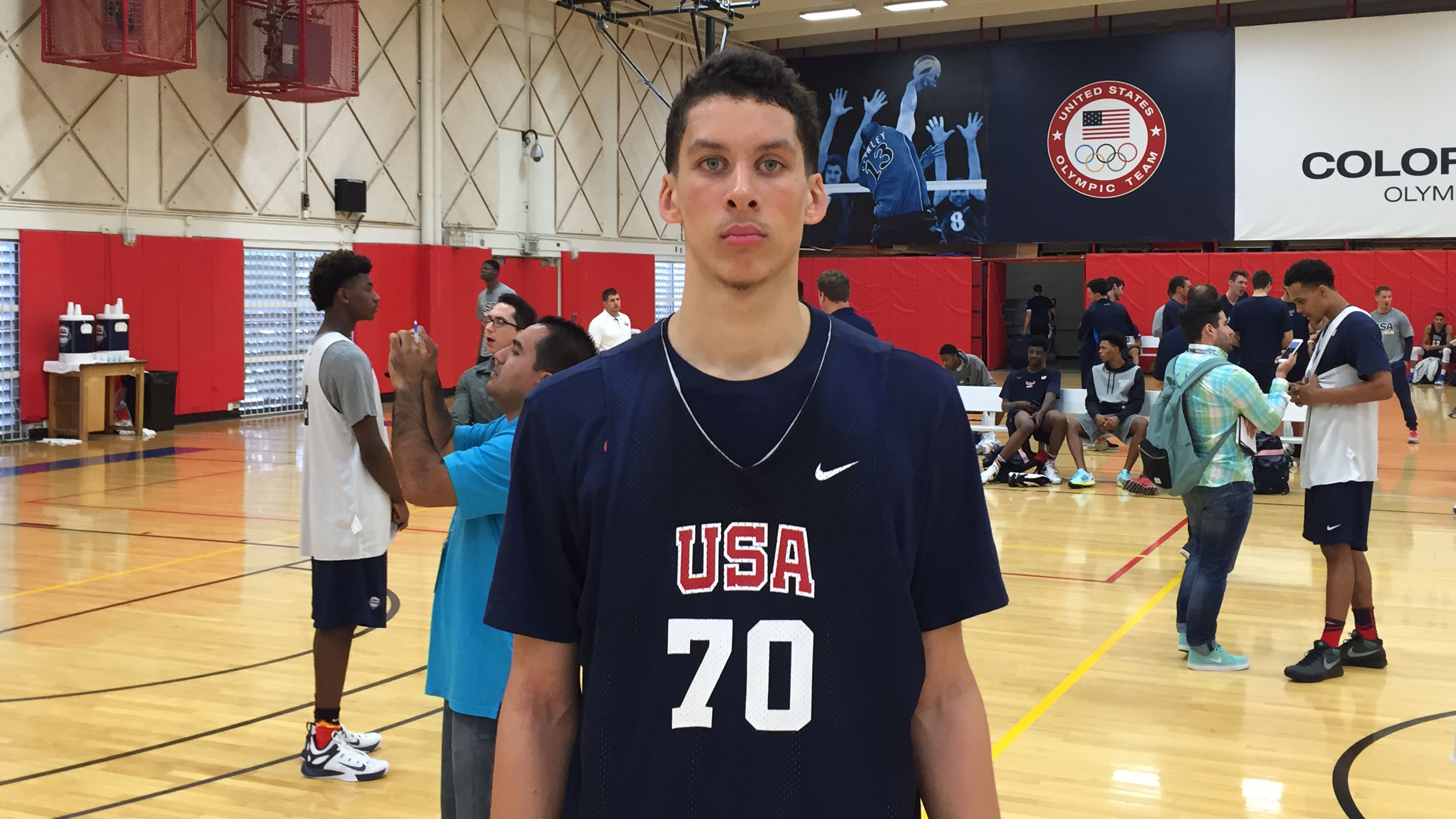 Colorado Springs, Col. — Brandon Johns is one of the top sophomores in the state of Michigan and both John Beilein and Tom Izzo are in hot pursuit.

“I visited Michigan for the BYU game a few weeks ago,” said the 6-foot-7 Johns. “I toured campus, saw the football game, so that was really nice. They told me, well of course they focused on me as a player, but they focused on me as a person. To make me a better person. Try to get me ready for the real world. If you don’t go far in basketball you need to fall back on school.”

After averaging 13 points and 10 rebounds as a freshman at East Lansing, Johns recently tested his skills at the USA Developmental Camp in Colorado Springs. This was Johns’ third visit in the last year to the USA Olympic Complex and faced off against 45 of the top sophomores, juniors, and seniors in the country.

“It’s really good since I’ve been here,” said Johns. “I’m used to the competition and know what to expect since I’ve been here before. My freshman year, it was, well, I was a little nervous. It was a lot of the top players, the number one players in the country. Guys that had committed, so that was a challenge for me. But when I came to tryouts I felt a little more comfortable playing with kids in my own age group, so that first experience helped a lot.”

Johns earned some praise for his play in Colorado from ESPN at the event.

“2018 swingman Brandon Johns isn’t yet in our ESPN 25, but that might change before too long,” ESPN’s Adam Finkelstein wrote. “He has great size on the perimeter at 6-7, has a well-rounded game and threw some high-level passes with great floor vision this weekend.”

In May, Johns was selected to try out for the USA U16 team. He didn’t make the final 12-man roster, but he did survive the first round of cuts. Tryouts for the U17 team, which will compete in the FIBA World Championships will take place next July and there are usually several roster spots that turn over from the U16 team.

“Well, my goals are to play hard,” said Johns. “Go all out, play as hard as I can and make the team. I really want to be on the team this time. I think I can bring being, well I’m a great shooter so I want to bring being a great teammate. Actually I can bring anything they want to the table.”

Johns averaged 13 points and ten rebounds per game last season at East Lansing and should be poised to improve on those numbers this season.

Right now, a bevy of Big Ten schools are interested in Johns including the aforementioned Michigan and Michigan State to go along with Ohio State and Indiana, but he is focused on his upcoming season.

“I want to improve my overall game,” said Johns. “The competition where I’m from is not the strongest, so I’m just going to try to keep my game at this level.”