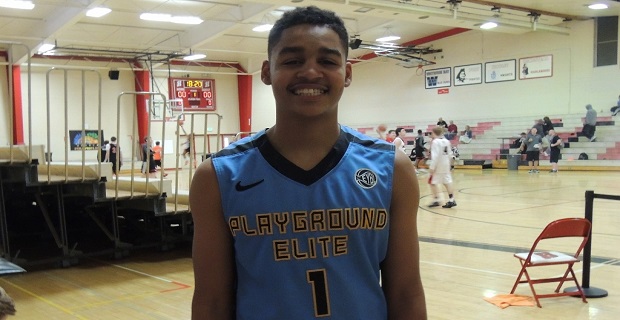 Four-star class of 2017 guard Jordan Poole will announce his college decision on Friday at his high school, according to a report by Scout.com.

Four-star class of 2017 guard Jordan Poole will announce his college decision on Friday, according to a report by Scout.com.

Poole’s announcement is scheduled for 6:30 p.m. eastern time at his high school.

Poole is a 6-foot-4 combo guard known for his smooth shooting stroke. He’s visited Michigan twice in the last month, most recently for the Wolverines’ football game against Michigan State over the weekend. He also holds offers from Illinois, Marquette, Indiana and others.