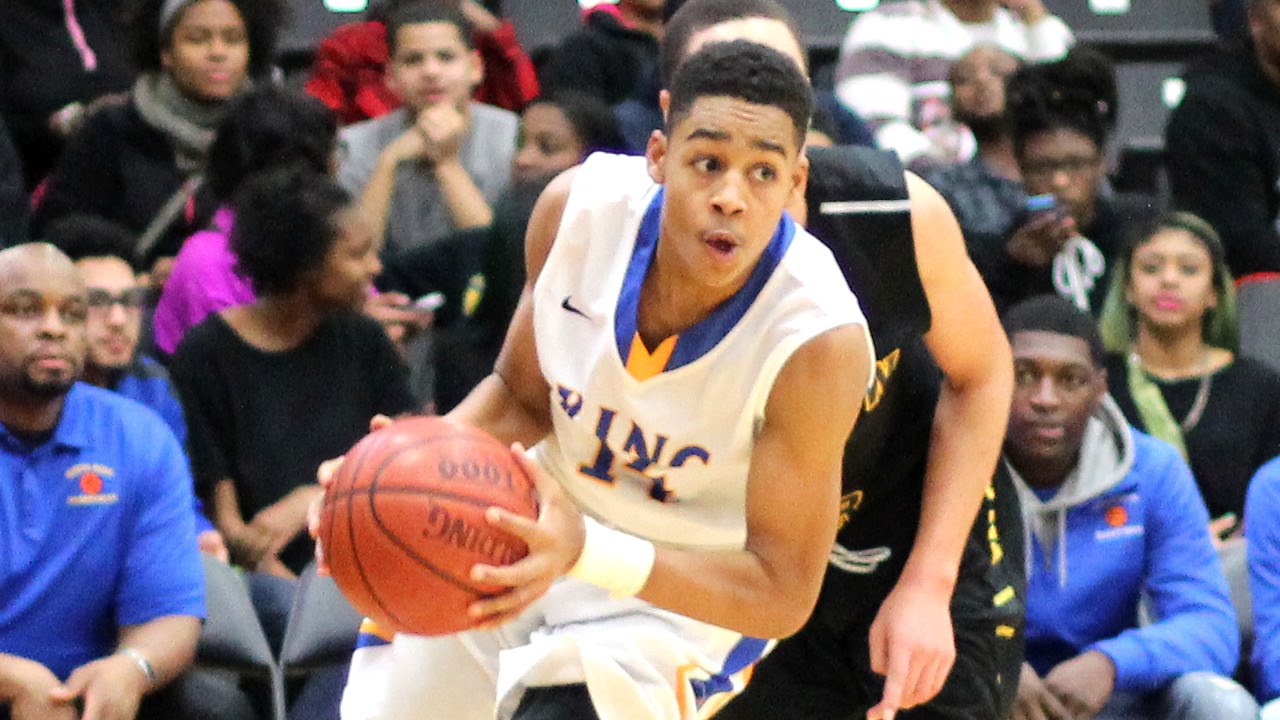 Four-star shooting guard Jordan Poole announced his commitment to Michigan during a ceremony at his high school in Milwaukee this evening.

Four-star shooting guard Jordan Poole announced his commitment to Michigan during a ceremony at his high school in Milwaukee this evening.

Poole held offers from Marquette, Illinois, Memphis, Indiana, Auburn, Nebraska, Virginia Tech and several others before pledging to the Wolverines.

Poole is a smooth shooting off-guard with great length at 6-foot-3. His high school highlights show off his stroke, but also an impressive mid-range and floater game. He’s always ready to shoot and even shows off above-average vision for a young shooting guard.

ESPN drops a comparison to the best shooter on the planet in its scouting report:

Poole is a rangy 2-guard prospect that can knock in jump shots out to 23-feet. He has a smooth effortless release and he understands how to square himself up for the shot. His shot is deadly off the catch and he oozes confidence. His ball skills are coming around and his step-back dribble and crossover are getting tighter. In addition, he is a quality passer and understands angles while feeding the post. He has a decent 1st step and has the ability to utilize the “step through dribble” while tossing in the occasional runner.

Poole is wiry and he’ll need to get considerably stronger to withstand physical defenders. He needs to improve his triple threat game, especially his 1st step. In addition, he needs to get more explosive and stronger while trying to finish through contact. His ball handling is solid, but that is another area that needs polishing.

Poole has a ways to go before he fills out, but his skill set reminds us of a high school version of Steph Curry.

HoopSeen compares him to D’Angelo Russell, but it is hard to see that level of passing ability on film:

Standing at 6-foot-3, Poole seems to be growing by the day and could top out at to the 6-foot-5 mark before things are done with. The Milwaukee native isn’t the most athletic of guys around, but if there was one way to describe the guard, it would be smooth. With some shades of D’Angelo Russell to him, Poole never plays outside of his element with the ball, has spectacular vision and passing skills, and a polished mid-range pull-up game. Capable of playing either spot in the backcourt, a bevy of college programs have taken note.

Wisconsin Playground Elite 2017 guard Jordan Poole has outstanding size for a point guard and can really shoot the ball, as he showed by stroking a few threes in a round-of-16 win over Mac Irvin Fire tonight.

Playing up in the 17-and-under division, Poole has stood out, like a player who’s being recruited as actively as he is should.

“Coaches like that I’m a 6-4 point guard who doesn’t have to score to be a dominant player,” said Poole, who’s ranked 97th in the 2017 Rivals150. “They like how I pass the ball and how I have a high IQ. And they also like my size. You don’t see many 6-4 point guards who can run like I can. I think they find that very intriguing.”

Poole projects to the two guard position in Michigan’s offense, but there’s definitely a chance that he could moonlight at the point guard later on in his career. That point guard potential is a luxury, especially in the class immediately following a point guard signing (Xavier Simpson in 2016). That flexibility could provide Michigan with a bit of leverage to wait on their next point guard signee rather than look for a Spike Albrecht type in the 2017 class.

Poole has the look of a prospect who should rise in the national rankings over the next two years of his prep career. He has a very mature offensive game and is reportedly still growing and it is easy to see how he’s a perfect fit to play in the backcourt at Michigan with his vision and shooting ability. Michigan’s track record on early guard and wing signings is very good and landing a top-100 prospect a year before the early signing period is great head start to the class.

Poole should have an opportunity to learn and grow as a freshman as the Wolverines’ current sophomore class will be seniors when he arrives on campus. But by 2018-19, we should see him potentially step into a starting guard role and slot in nicely with the class of 2016 backcourt signings Xavier Simpson and Ibi Watson.