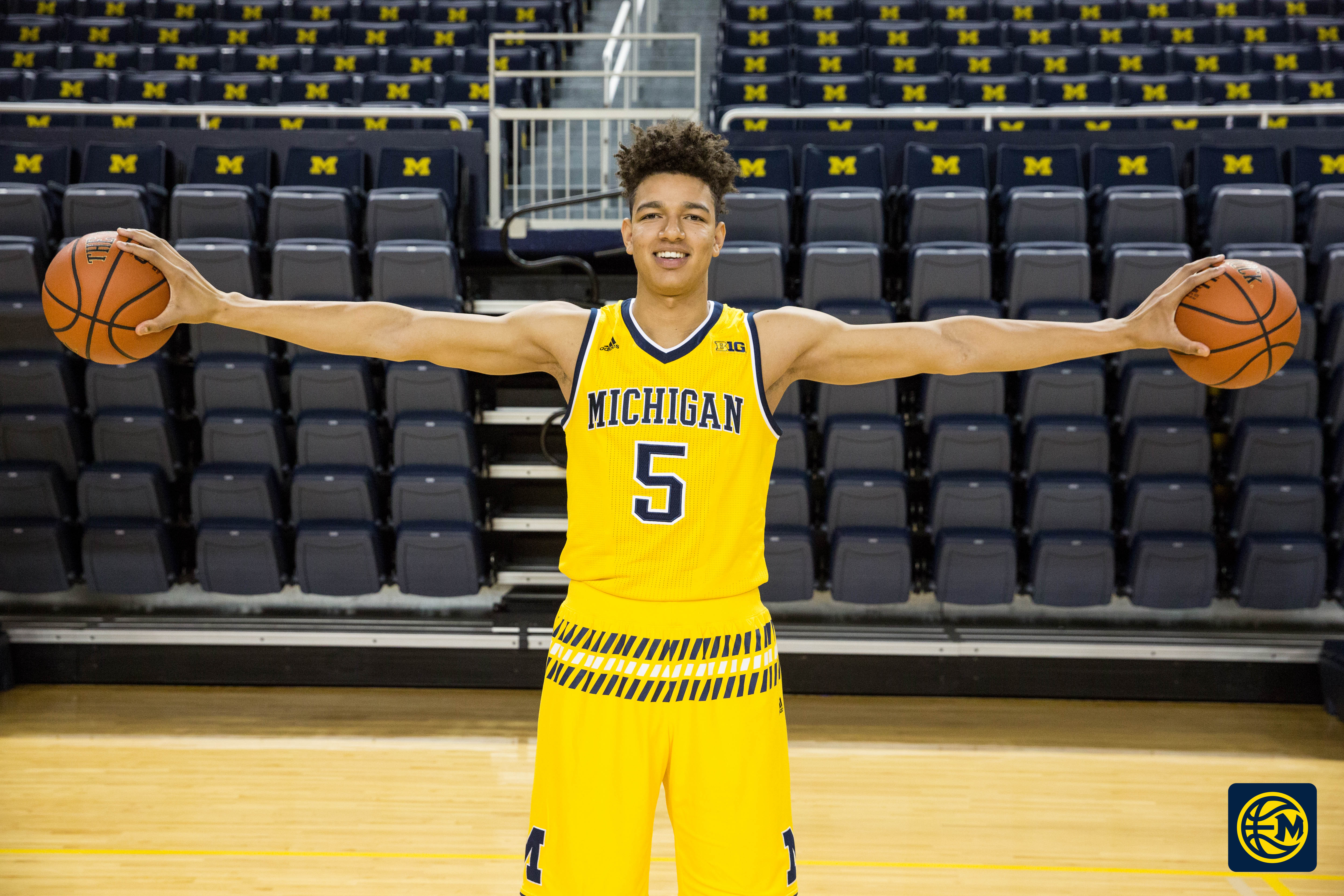 Four days before its season-opening exhibition against Le Moyne, the Michigan basketball team opened its doors to the public, holding an open practice and photo opportunity with its fans.

Four days before its season-opening exhibition against Le Moyne, the Michigan basketball team opened its doors to the public, holding an open practice and photo opportunity with its fans.

Roughly 1,000 fans took the offer, scattering the Crisler Center eager to see the latest Wolverines’ squad. They were treated to a fast-paced practice full of familiar faces. You can watch full video of the scrimmage here or read our takeaways from the practice.

The practice began with several drills emphasizing transition offense (critical with the shot clock shortened to 30 seconds), ball movement, passing and shooting. After early drill work, the team split into two groups, giving fans a first glimpse at what the team’s depth chart might look like.

Senior guard Spike Albrecht spent time with the blue team before switching to the maize team midway through practice. Albrecht, though ready to play after two offseason hip surgeries, was limited in drills that involved running and participated in predominantly halfcourt action. Fellow “core four” player Irvin, who had back surgery in August, showed progress from the last practice we saw and participated in shooting drills and light halfcourt work, but was more heavily limited.

As the drills drew closer to game action, it became clearer which players’ offseason developments had paid off.

The most notable was Wilson, who showed athleticism on defense, good awareness vision with the ball and an offensive touch in the paint and beyond the arc. He hit a number of mid-range jumpers and showed range out to three-point distance, playing the bulk of his minutes in scrimmage action at the four spot. This, of course, comes in addition to Wilson’s 25 pounds of muscle added since last fall. Michigan fans didn’t see much of Wilson last season, but, based on Monday night, they can expect to see plenty of him this fall.

Wilson’s counterparts, Donnal and sophomore forward Ricky Doyle, rounded out the bigs on display. Beilein frequently would evaluate them on the fly, reminding praising or cautioning their decision-making with every shot, pass, or charge drawn.

The fourth big man, freshman Moritz Wagner, was the star of the show Monday. As the only new scholarship player, fans were eager to see what the 6-foot-10.5 German could do. It wasn’t always pretty, as Beilein even jokingly asked the fans about translating his comments into German so Wagner would stop making the same mistakes, but at times was spectacular. This was most evident about 40 minutes in when Wagner had two steals that translated to impressive takes in transition — a spinning layup and an emphatic dunk. The freshman has a ways to go before he becomes a regular player, but showed plenty of potential to get there.

In addition to Wagner’s plays, a number of highlight-reel plays gave fans plenty to cheer about. Beilein noted that he’s come around on alley-oop plays, encouraging them to his team and noting to the crowd that he now sees them as a practical means to scoring as opposed to just a flashy play.

The alley oops faded, however, after Dawkins silenced the crowd when he came up limping heavily from a thunderous dunk. With Albrecht, Irvin, LeVert and Walton all suffering injuries in the past year, Dawkins scared the crowd by hobbling off the court and sitting out for several minutes, but appeared fine when he returned moments later.

As the practice rolled into scrimmage action, the maize and blue teams faced off. The maize group, which was led by Muhammad-Ali Abdur-Rahkman, Ricky Doyle, Kameron Chatman and Andrew Dakich, secured an upset 33-31 victory over the blue team. Abdur-Rahkman played very well for the maize team, knocking down perimeter shots and attacking the rim, while Kameron Chatman also showed an improved shooting stroke and hit the game-winning shot.

Without the physicality or tension of a real game, it was tough to determine which players would have the biggest impacts this season. But when the team huddled at the end of practice to a standing ovation, it became clear that the most exciting takeaway is Michigan basketball returns in just four days.