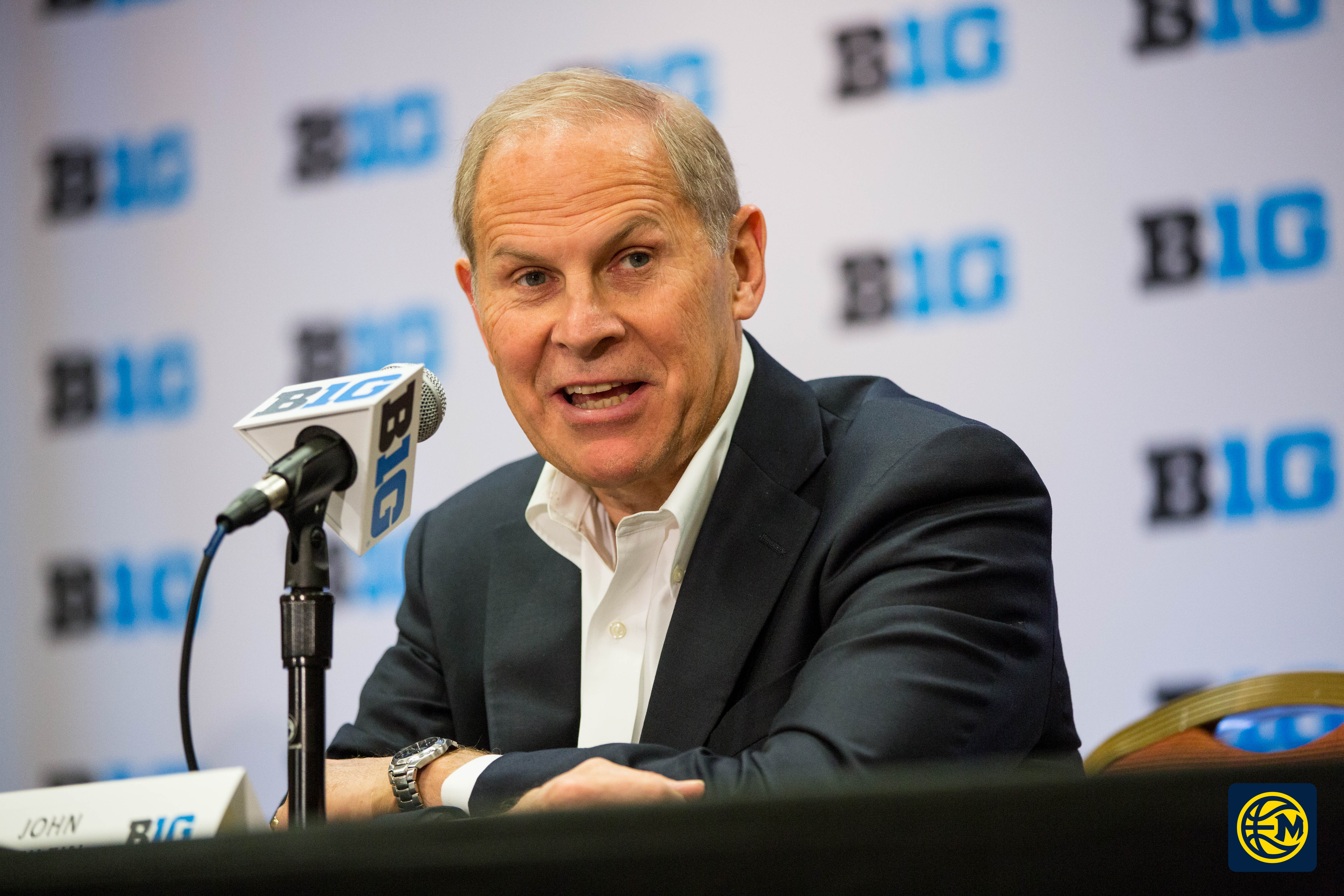 Michigan announced this morning that it extended John Beilein’s contract through the 2020-21 season.

Michigan announced this morning that it extended John Beilein’s contract through the 2020-21 season. The Wolverine head coach has been in Ann Arbor since the 2007-2008 season and has led Michigan to the NCAA tournament five times including a trip to the Final Four in 2013. His previous extension ran through the 2018-19 season, making this a two-year extension.

Beilein’s extension calls for a base salary of $400,000 with additional compensation of $1,470,000 per year from TV, radio and other promotions. He’ll also receive an additional $1.5 million annually through separate deferred payments from the University’s Supplemental Defined Contributions Retirement Plan for a total of $3.37 million per year.

“John is one of the most respected coaches in the country and revered people within the university community,” said Hackett. “While he has accomplished many great things on the basketball court, it is his leadership, guidance and role as an educator that truly makes him one of our great ambassadors. We look forward to John continuing to represent the University of Michigan for many years to come.”

“Kathleen and I are grateful for the opportunity to remain a part of the men’s basketball program for another six years,” said Beilein. “We wanted to thank the University of Michigan, President Schlissel, Jim Hackett, all the past teams, assistant coaches, students, administration, alums and especially the great fans for their patience, hard work and support during this past eight years. We have never been more excited about the future of our program. We look forward to competing for and winning more Big Ten championships in the years to come.”

Considered one of the most tactical basketball minds in the country, Beilein continues to be an innovator and key figure in NCAA college basketball. Entering his 38th year as a collegiate head coach, Beilein has compiled a career record of 717-428, placing him in the top 10 in victories among active Division I head coaches.

In 2011-12, Beilein guided the Maize and Blue to its first Big Ten championship in 26 seasons when U-M claimed a share of the regular-season crown. The following season, with the help of National Player of the Year Trey Burke, U-M advanced to the Final Four for the first time in 20 years and defeated Syracuse to reach the 2013 national championship game against Louisville.

Beilein’s Wolverines reached another milestone in 2013-14 when they won their first outright Big Ten championship in 28 years, posting a 28-9 overall record and going 15-3 in league play, winning the conference crown by three games. U-M earned a No. 2 seed in the NCAA Tournament and advanced to the Elite Eight for the second consecutive season.

During his career on the sidelines, Beilein has 19 overall 20-win campaigns and has made 16 postseason appearances as a head coach. He ranks as the only active coach in the collegiate ranks to record a 20-win season at four different levels: junior college, NAIA, NCAA Division II and NCAA Division I. In addition, Beilein joins Oklahoma’s Lon Kruger as the only active coach to take five different colleges/universities to an NCAA Tournament.

The terms of Beilein’s extension call for him to earn a base salary of $400,000 with additional compensation of $1,470,000 per year for TV, radio, internet, shoe/apparel sponsorships, consulting, promotion and other services. In separate deferred payments, Beilein will receive an additional $1.5 million annually through the University’s Supplemental Defined Contributions Retirement Plan.

The contract also provides opportunities for supplemental pay based on a range of performance measures from winning the Big Ten regular-season title and tournament championships as well as selection to and victories in the NCAA Tournament.