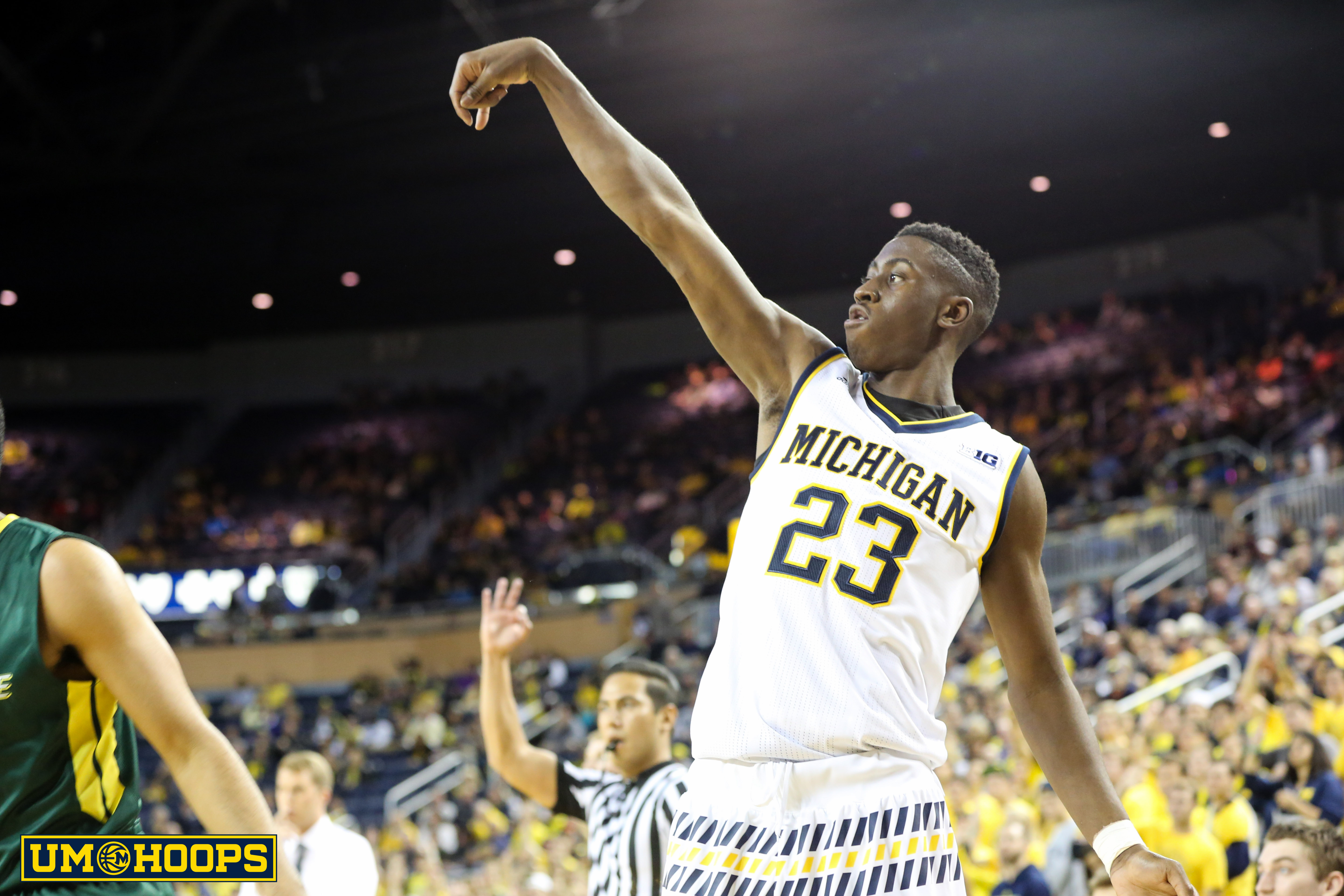 In its first live action of the season, Michigan looked like a team that needs a lot more reps.

In its first live action of the season, Michigan looked like a team that needs a lot more reps.

Caris LeVert knew how to be Caris LeVert, but the other ten players who logged double-digit minutes appeared to still be searching for roles in the Wolverines’ 22 point exhibition win. Michigan returns over 90% of its production from last season, but the guys that played together last year aren’t playing in the same rotations or roles that they served a year ago.

In the first half, Michigan’s offense looked tentative while its defense carried the load against a Le Moyne team that was undersized and undermanned. In the second half, the Wolverines found their scoring touch, but also let Le Moyne’s offense back into the game. Perhaps that was because both Beilein’s knew each other inside and out — players laughed after the game about running the same plays on both ends of the floor — or just because it was a sloppy exhibition game.

Either way, there will be a lot of valuable tape for Michigan to build upon after an underwhelming opening performance.

“I am so excited, more so than anybody in this room, to get up at about 6 a.m. and watch a whole bunch of video tomorrow so that I can be ready for our 12 o’ clock video session,” John Beilein quipped after the game. “Because we’ve got to get better.”

If Le Moyne would have shot free throws more effectively (they were 3 of 13) this could have been a much closer game. Michigan had a few stretches where things seemed to flow, but overall it was a game that lacked any bite. Both teams seemed content to slow the game down — a 58 possession game in the new 30 second shot clock era seems awfully slow — but there’s an awful lot of work to be done before the real games start.

Michigan started the game with Derrick Walton, Caris LeVert, Aubrey Dawkins, Kameron Chatman and Mark Donnal. Judging by Beilein’s rotation, a two-deep would probably look something like this.

Wilson and Chatman played exclusively at the four while Dawkins and Robinson split 90% of the time at the three, with Caris LeVert shifting over for a few spot minutes. We saw a two-point guard look near the end of the first half.

It was also noticeable that Beilein had a short hook for defensive mistakes. Aubrey Dawkins and Duncan Robinson both made some ugly defensive errors in the second half and immediately their counterpart was sent to the scorer’s table. Beilein said after the game that he won’t have a short hook on offense, but now the Wolverines have enough depth to punish defensive mistakes.