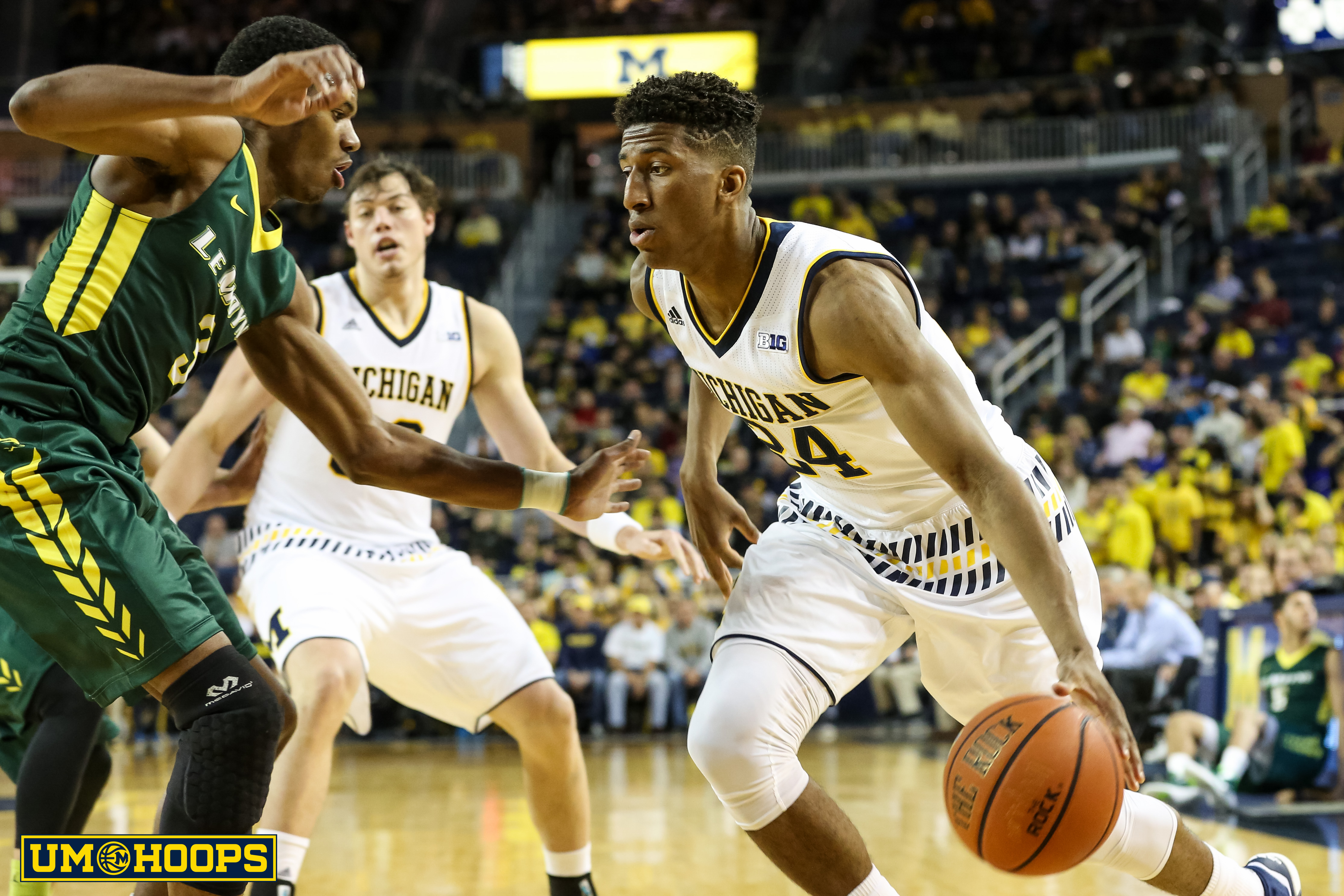 Michigan’s 2015-16 season tips off on Friday, so we decided it would a good time to break down some of the toughest games on Michigan’s non-conference slate.

Michigan’s 2015-16 season tips off on Friday, so we decided it would a good time to break down some of the toughest games on Michigan’s non-conference slate.

The Wolverines don’t have the most impressive home non-conference schedule, but they’ll play two true road games and participate in one of the more impressive preseason tournaments at the Battle 4 Atlantis over Thanksgiving.

This game has an impressive collection of storylines to follow for a game in just the second week of the season. Xavier is coming off of a trip to the Sweet 16 and has a roster loaded with players who have Michigan connections.

Wolverine fans won’t forget Trevon Bluiett, who was on Michigan’s recruiting board for the better part of two years before moving his official visit and committing to UCLA and then decommiting and picking Xavier. Bluiett averaged 11 points and four rebounds per game last year as a freshman and is Xavier’s leading returning scorer.

It will be homecoming for junior big man Jalen Reynolds and sophomore point guard Edmond Sumner will be playing in their home state. Both players were on Michigan’s recruiting radar at one time in their prep careers and will certainly be eager to perform in front of their family and friends.

This game isn’t just about connections and storylines though, Xavier has a good team and a better program — making the Sweet 16 in five of the last eight seasons.

This should be a high-level guard battle between two teams looking to prove they are back on the big stage after a down year in 2014-15.

UConn has a pair of talented transfers in Shonn Miller (Cornell) and Sterling Gibbs (Seton Hall) to go along with last year’s Big East freshman of the year Daniel Hamilton and junior guard Rodney Purvis, who averaged 18 points per game and made 41% of his threes over UConn’s final six games last year. With 7-footer Amida Brimah anchoring the center with the 4th best eFG% and 2nd best block rate in the country, UConn doesn’t look like a team coming off of a season that ended in the first round of the NIT.

The UConn opener is critical, because if Michigan wins that game it likely faces off against Syracuse. If the Wolverines lose to the Huskies, they would have a Caribbean rematch with Charlotte, a team which beat Michigan in Puerto Rico two years ago.

On Friday, Michigan could face Gonzaga, Washington, Texas A&M or Texas — a group filled with some great teams (Gonzaga) and some very good programs as well. A game against Gonzaga in the Championship would be the best case for the Wolverines as it would mean that they already beat UConn and (presumably) Syracuse and would face off against a Gonzaga team with a National Player of the Year candidate in Kyle Wiltjer and a team loaded with size.

One way or another, we’re going to have a very different feeling about this team before the Michigan-Ohio State football game kicks off on the Saturday after Thanksgiving.

Michigan hasn’t won a Big Ten-ACC Challenge game on the road since Darius Morris and Tim Hardaway Jr. beat Clemson in 2010. A game in Raleigh isn’t quite as daunting as a trip to Durham or Chapel Hill and this is a game that the Wolverines can win with a strong performance.

West Virginia transfer Terry Henderson is expected to carry the load in the backcourt as he replaces Trevor Lacey, who declared for the draft last season but wasn’t selected. Henderson will play alongside lightning quick, but inconsistent, point guard Cat Barber,

The preseason AAC favorites are led by preseason AAC player of the year senior guard Nic Moore who dropped 17 points in a win at Crisler last season. The Mustangs will be without suspended head coach Larry Brown, but still have plenty of talent and should be a force in the American this year. Markus Kennedy is back, you might remember that the big man played one of his first games back from suspension last year against Michigan, as are Keith Frazier and Ben Moore on the wings.

This is a team that beat Michigan at one of its lowest points last season and you can bet that the Wolverines will be hungry for a revenge victory.