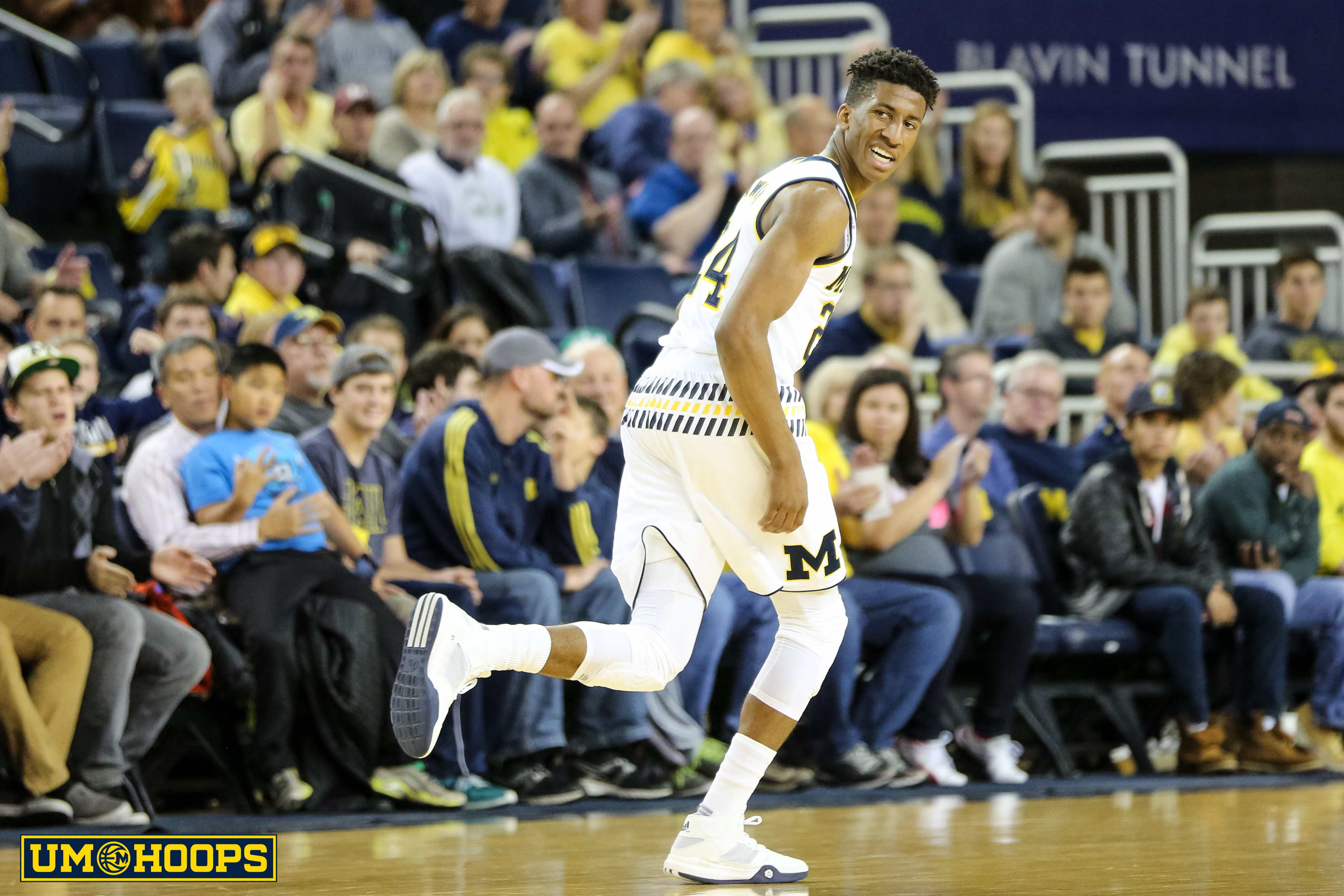 Michigan cruised by Northern Michigan in a 70-44 win after a closer-than-expected first half on the back of Caris LeVert’s 18 points, five assists and four rebounds.

Michigan cruised by Northern Michigan in a 70-44 win after a closer-than-expected first half on the back of Caris LeVert’s 18 points, five assists and four rebounds. The Wolverines will be back in action on Monday against Elon.

Player of the Game: Aubrey Dawkins

After shooting just 1-for-7 in the exhibition against Le Moyne, the sophomore guard rebounded in a big way against the Northern Michigan. Dawkins tallied 15 points on seven shots and chipped in five rebounds and two assists with a perfect 100% effective field goal percentage.

Dawkins battled ankle issues against the Dolphins after rolling it during practice last week, but showed no lack of explosiveness against the Wildcats.

Stat of the night

The Wolverines forced 19 turnovers in an improved defensive effort, forcing the Wildcats to give the ball away on nearly a third of their offensive possessions. Michigan turned the giveaways into points as well, outscoring Northern 23-11 on points off turnovers.

Leading only 15-11 with seven minutes to go in the first half, it looked like Michigan’s sluggish start on offense could be a reason for concern. But when Dawkins grabbed a rebound mid-air and slammed it home with 6:59 remaining in the half, it woke the Crisler Center up. The Wolverines would make their next seven shots, carry a double-digit lead into halftime and never look back.

Northern Michigan rebounded 34% of its missed shots on the night and outscored Michigan 12 to 9 in second chance points.  Northern Michigan isn’t the best rebounding team Michigan will face by any means and the Wolverines big men will have to improve quickly in that department. The Wildcats got to more 50-50 balls than Michigan and that’s not a good sign in the first game of the season.