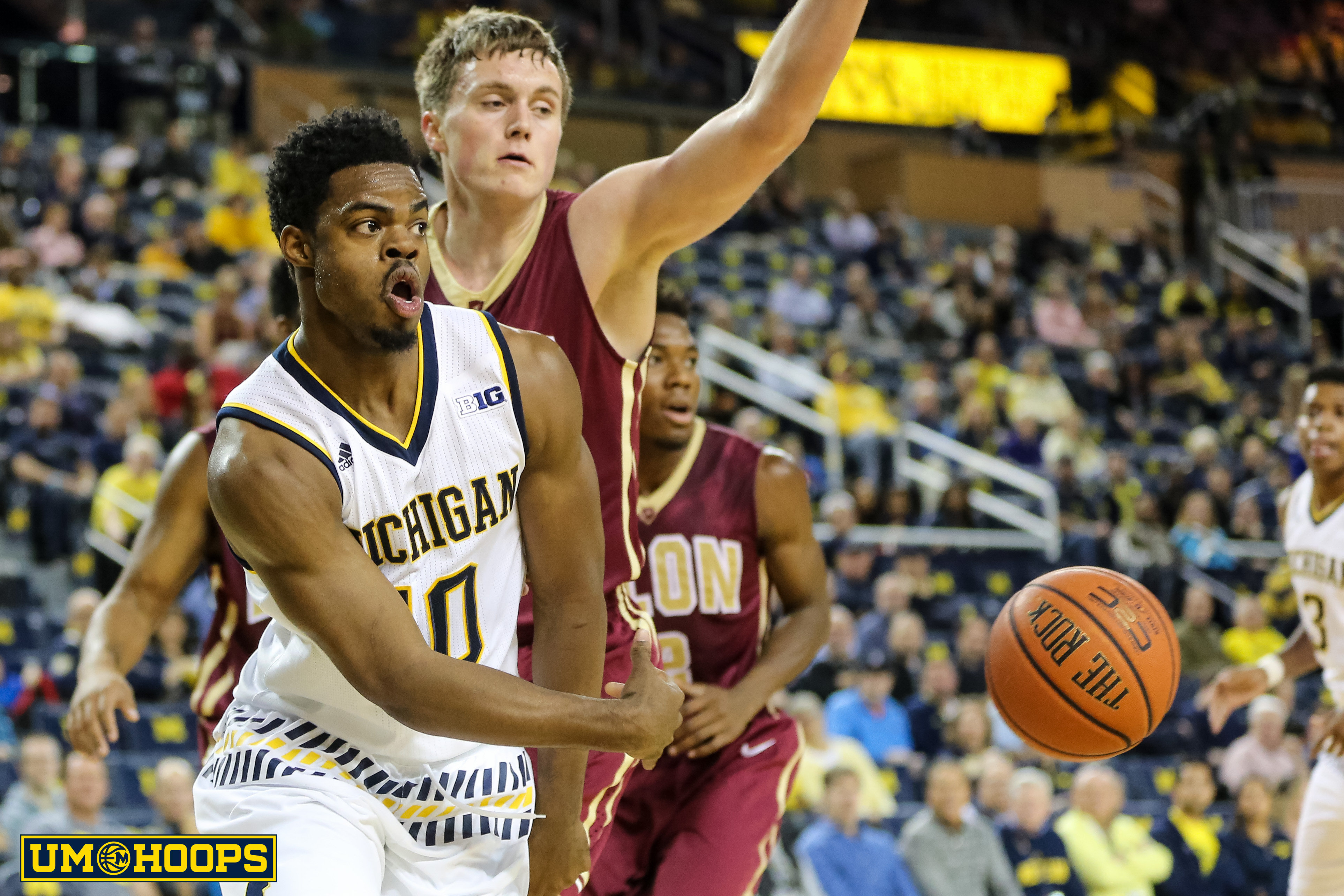 Despite early struggles on both ends of the court, No. 24 Michigan regained its composure and cruised to an 88-68 win over Elon.

Despite early struggles on both ends of the court, No. 24 Michigan regained its composure and cruised to an 88-68 win over Elon.

Junior wing Zak Irvin returned to the court for the first time since his back surgery, but missed all five shots he attempted from the floor. Friday’s stars of the game, Caris LeVert and Aubrey Dawkins, had more pedestrian performances and combined for just 18 points, but Derrick Walton Jr. and Duncan Robinson picked up the slack. The duo combined for 43 points on just 16 shots and combined to make 11 of 12 three-point attempts.

Derrick Walton seemed to drift through Michigan’s season opener, but he made his presence felt on Monday night. Walton scored 24 points on 8 of 10 (6 of 7 3-point) shooting, handed out seven assists, and grabbed six rebounds in a stellar 30 minute performance. Statistically it was probably Walton’s best performance in a Michigan uniform, but the way that he controlled the game from the point guard position might have been even more impressive. The 6-foot junior was superb in all three factors: half court offense, defense and transition.

With 3:21 to go, defensive blow-bys and a failure to convert on offense had Michigan tangled up with the Phoenix, with the Wolverines clinging to a 31-30 lead. But a Robinson 3-pointer sparked a 12-3 run to end the half, and Michigan never led by single digits again. The Wolverines used the momentum to shoot an impressive 69 effective field goal percentage in the second half and coast to a 20 point win.

Stat of the game

After going just 6-for-16 from 3-point range Friday, the Wolverines depended more on the long range shot against Elon. It worked, as Michigan went 13-for-24 to keep up with the 3-pointer-friendly Phoenix. Duncan Robinson knocked down five triples in five attempts on the night and 42% of Michigan’s field goal attempts were from long distance.