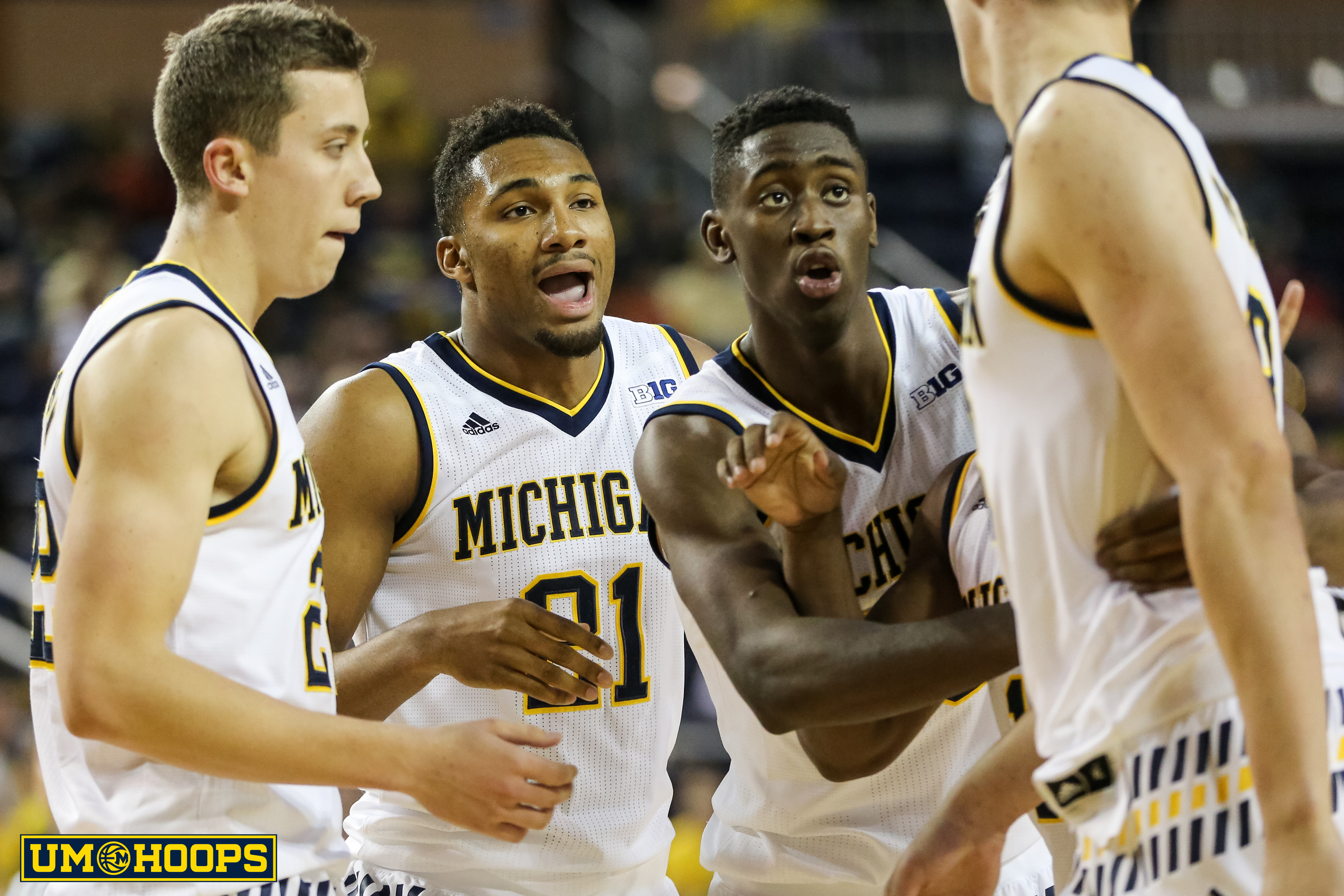 For the first time in 11 months, Michigan basketball fans got to root for a healthy team Monday.

For the first time in 11 months, Michigan basketball fans got to root for a healthy team Monday.

Junior guard Zak Irvin made his season debut, becoming the last of the many Wolverines to return from injury.

And though Irvin went 0-for-5 from the field, his presence on both ends of the court helped give Michigan its most complete performance in recent memory.

“With this team, we’ve got so many different types of athletes that when we get on runs, it’s easy for us to get baskets,” said junior guard Derrick Walton Jr., who led the game with 24 points. “We’re trying to feel out what’s best for us, we’ve got a lot of different guys that can play.”

With their best lineup in nearly a year, the Wolverines had as good of an offensive night in nearly the same amount of time. Michigan’s 88 points and 1.3 points per possession were the most it had scored since Nov. 29, 2014 against Nicholls State.

The output is more notable, however, because the Wolverines scored without much production from their presumed top-three scorers — Irvin, senior guard Caris LeVert and sophomore guard Aubrey Dawkins — who combined for just 16 points.

Instead, Walton and redshirt sophomore forward Duncan Robinson, who combined for just four points in Friday’s season-opener, scored 43 points on 16 shots to carry the load.

“It’s nice to see other people can score the basketball, we know that,” Irvin said. “Our key is to not let the ball stick. Find the open man and execute the gameplan.”

“Our key is to not let the ball stick. Find the open man and execute the gameplan.”

Added Michigan coach John Beilein: “It’s really important that we look for each other. There was not much sticking today, we just kept the ball moving and found the open man.”

For much of the fall, Beilein has compared his team to a puzzle. The premise behind the analogy is that the Wolverines have talented pieces, but aren’t sure how those pieces should, or could fit together.

So when Beilein says his team “isn’t close,” like he did last Thursday, he doesn’t mean it as a lack of ability or preparedness, but as a murky picture of what Michigan at its best looks like, and which players are at the center of it all.

That search for the right combination will continue, but Michigan fans were treated to plenty of bright spots Monday. Robinson and Walton took care of nearly half of the scoring, while the Wolverines overall shot 54.2 percent from 3-point range. The team also assisted on 20 of 31 field goals.

Even the scoreless Irvin impressed with stellar defense and team play as he continues to get into game shape.

“He looked great out there,” Beilein said. “Our defense changed the minute he walked in that game. I’m not measuring him by whether he makes 3’s, I’m measuring him by his defense, his rebounding and his passing. As a shooter, that will all come.”

He also handed out three assists, a sign that he’s picked up where he left off at the end of last season with his ability to pass the ball. It took the 6-foot-6 guard five games and over 150 minutes to tally the three dimes he picked up in 15 on Monday.

As the games get tougher, Beilein noted that his rotation of players will get smaller. He said after the game Monday that he wants to whittle the number of big men down to two from four, and is looking for eight or nine key players, not the 12 that played Monday.

Before that, however, Michigan fans can enjoy a team with multiple scoring, passing, rebounding and defensive assets.

It’s no longer a team that has to run through LeVert, or is looking for a leader; it’s a team that has so many playmakers and leaders, even the player of the game is nervous that he’ll get pulled.

“At any moment you can make a mistake and another guy can come in and replace you,” Walton said. “That’s a luxury we aren’t used to having.”