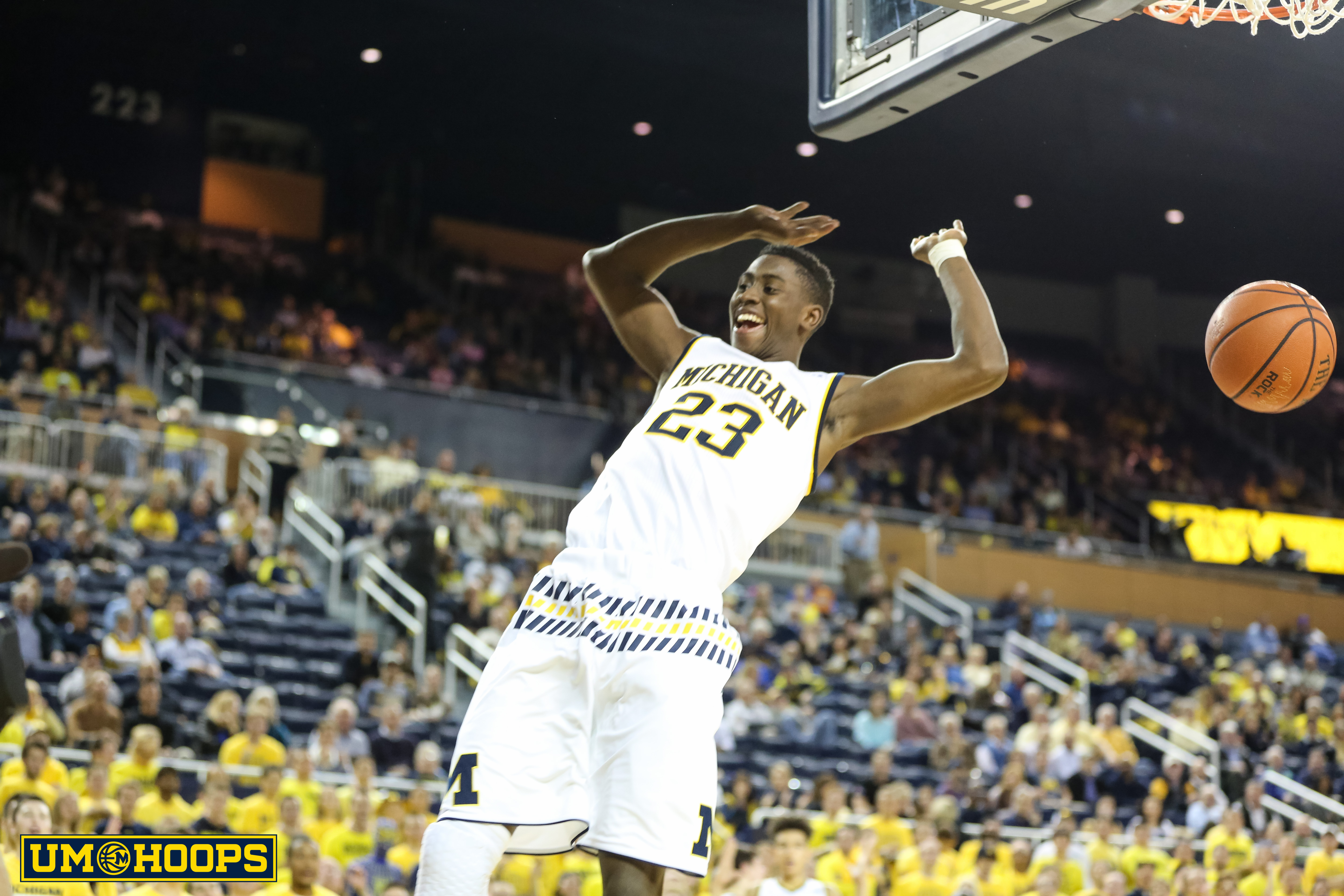 After a year on the shelf, we’re bringing back our Form Tracker feature. Roughly every two games we’ll check in and grade Michigan players’ performances over the last week.

After a year on the shelf, we’re bringing back our Form Tracker feature. Roughly every two games we’ll check in and grade Michigan players’ performances over the last week.

LeVert played a great game (18/5/4) against Northern Michigan and an average game (11/7/4) against Elon to open the season. The ball has still stuck at times when LeVert gets it, but he’s been distributing and scoring effectively. His assist numbers have been solid, he’s attacking the basket well (he settled for a few too many mid-range jumpers against Elon) and has been very aggressive in the passing lanes, forcing turnovers and creating easy points.

Walton played arguably his best game — statistically speaking — in a Michigan uniform on Monday. He scored a career high 24 points on just 10 shot attempts and handed out seven assist and six rebounds for good measure. On the other hand, he had just 4 points on 4 shots and one assist in the opener against Elon.

“That hunting mentality is something that he has to have,” Beilein said of Walton after his big performance. “I think Trey was more of a scorer playing point guard and Derrick is more of a point guard who can score. We have to keep getting him more aggressive.”

If Walton can replicate 75% of his performance against Elon on a consistent basis, he’ll be in for a big season.

Dawkins continues to be lethally efficient on the offensive end, but needs to continue to strive for efficiency on both ends of the floor (a trend among Michigan’s sophomore wings).

“We just talked about how efficient it was,” Beilein said of Dawkins’ performance against Northern Michigan “He didn’t have to force anything, he’s making more plays. He made a 2-on-1 play that he blew up in practice yesterday. He watched the video with us today, and then he made it perfect today.”

Here’s what we know about Duncan Robinson: he has an incredible shooting stroke, he needs to be more aggressive offensively and he’s a below-average defender. Through two games we’ve seen the whole gamut. Robinson hasn’t looked great defensively and only took one shot in Michigan’s season opener, but he notched 19 points on 6-of-6 shooting against Elon.

Chatman hasn’t shot the ball that well from the perimeter, but just about every other aspect of his game looks improved. 6-of-12 on twos and 0-of-3 on threes. He’s moving the ball well and shows great vision, but he’s also a very good cutter. The playing time crunch at the wing will be tough, but right now he’s starting and giving Michigan solid production in just under 20 minutes per game.

Wilson has shown flashes of potential at the four and five position, but he hasn’t really looked at home at either spot. His length should make an impact at some point this season, but it will be interesting to see if Michigan focuses his effort at one position in particular.

Doyle showed some nice flashes in the second half of Michigan’s win over Elon, scoring on a post up and grabbing some tough rebounds, but he hasn’t put together a complete game to prove that he deserves the starting spot. Doyle showed the most last season, but he’s yet to prove he can play consistent on both ends and stay out of foul trouble.

Wagner has only played 13 minutes this season, but he’s brought energy into the mix. He drew a charge and picked up a steal against Elon and scored his first collegiate points against Northern.

“I like what Moritz is doing,” Beilein said on Monday night. “He weighed 231 (pounds) today so we’re now plus-20 from when he walked in. He’s on a different weight lifting thing.”

Moritz needs more opportunity and it’s hard to imagine that it doesn’t come given the lift that he’s gave Michigan in small spots thus far.

Michigan’s other member of the walking wounded, Albrecht doesn’t look close to 100%. He’s made a few of his patented assists and steals in limited playing time through two games, but appears to just be working his way into shape. Overall, Albrecht seemed to defer a bit in his first two outings.

“He needs to shoot the ball when he’s open, so when you talk to him, tell him to shoot when he’s open,” Beilein said after the opener. “He’s got to shoot instead of trying to do these other things. He’s an incredible shooter, and he needs to do that. But other than that it was good to have him out there.”

Donnal has been Michigan’s starter through the first two games of the season, but he hasn’t really shown many major reasons to leave him at that spot. He’s grabbed only one defensive rebound in each of Michigan’s first two games and missed a couple of bunnies against Elon.

Zak Irvin made his return to the floor on Monday and missed all five shots he took. He did hand out three assists, but we’re confident his better days are ahead as he gets back to health.

“He looked great out there. Our defense changed the minute he walked in that game,” Beilein explained. “I’m not measuring him by whether he makes threes, I’m measuring him by his defense, his rebounding and his passing. As a shooter, that will all come.”

Give Abdur-Rahkman credit, he’s been able to make plays in limited playing time. He scored on a devastating hesitation move against Elon and knocked in a three against Northern Michigan. He’s only played 22 minutes this season — after averaging 35 per game over Michigan’s last 12 games last year — and that will take some getting used to.