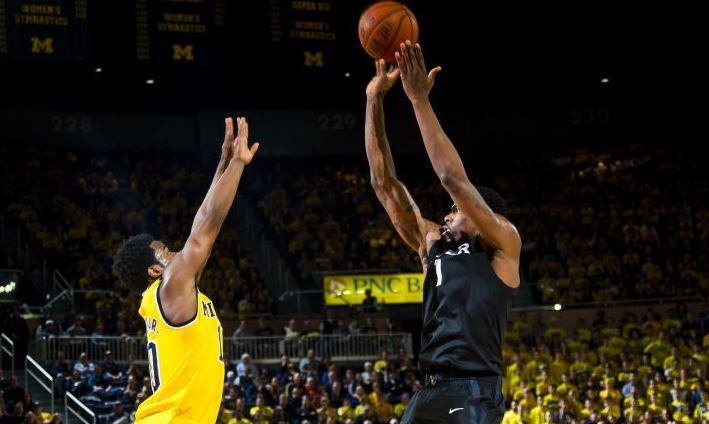 Michigan suffered its first loss of the season on Friday evening as Xavier walked out of the Crisler Center with a statement, 86-70, victory.

Michigan suffered its first loss of the season on Friday evening as Xavier walked out of the Crisler Center with a statement, 86-70, victory.

Xavier was the most aggressive and physical team and had an answer whenever Michigan cut into its second half lead. The Wolverines will head on the road to the Bahamas in hopes of finding their footing against a talented UConn team.

Player of the game

A multiple offensive rebound possession for Xavier ended up with a pair of free throws for Trevon Bluiett, who beat Zak Irvin to a 50-50 ball, to stretch the lead to 11 points.

That play was part of a 12-1 Xavier run that would eventually stretch the lead to 15 points.

Stat of the game: Xavier’s offense

Xavier scored 1.30 points per possession on the night in what was a brutal defensive performance by the Wolverines. The Musketeers got penetration, second chances and finished at the rim. Xavier had four players in double figures on the night, Michigan had just one.

Xavier outscored Michigan 34-14 in the paint and the offense came not just from big men like Jalen Reynolds (15 points), but also guards slashing past Michigan’s wings and guards with relatively no resistance.