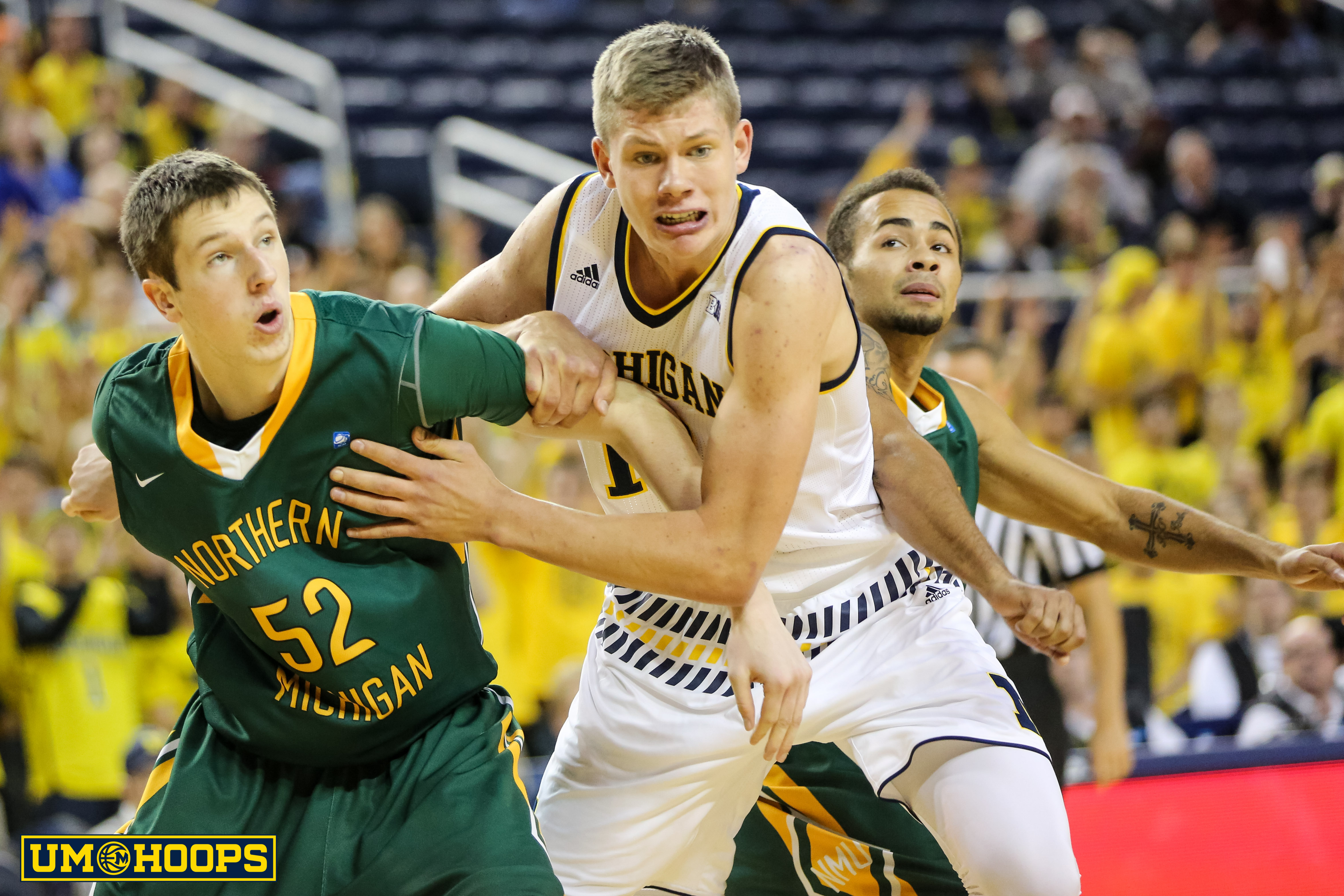 Michigan will look to put its offseason development in the weightroom on display against a formidable Xavier front line.

“It isn’t the mountains ahead to climb that wear you out,” Beilein quoted Ali. “It’s the pebble in your shoe.”.

The pebble that Beilein is referring to is rebounding and against the Musketeers the pebble in the shoe might feel more like a rock.

“I don’t think we can say a particular guy (has to step up on the glass),” Beilein said. “I think everybody has to block out. We still have some guys that all they need to do to play is block out and they’ll get on the court. We have a couple guys that watch the ball in the air and their man is cutting behind them. We can not break that habit with some of them and that’s what we have to do.”

“The pebble in our shoe is that there’s one guy watching that ball. It’s a different guy, it just keeps rotating around. We have to finally get that pebble out of our shoe.”

If we’re being frank, the pebble has been around for a while. Michigan has never been a great rebounding team under Beilein, especially after the loss of Jordan Morgan and Mitch McGary in the middle. Things hit a new bottom in 2014-15 when the Wolverines checked in as the worst defensive rebounding team that Beilein has coached since 2010.

Last year’s team wasn’t great at much after injuries derailed the season, but rebounding has to be near the top of the list of hopeful improvements. Beilein is an astute basketball mind and pointed out that the offensive rebounds are the statistic that he’ll be watching closely.

Beilein is correct that traditional metrics like ‘rebounding margin’ are meaningless, but we prefer offensive rebounding rate than pure counting stats. The Musketeers are rebounding 44.3% of their missed shots this season while the Wolverines are allowing their opponents to rebound 30% of their misses — a disappointing number considering Michigan’s foes.

Sooner or later, Michigan is going to have to grow up inside. Beilein remembered back to Michigan’s trip to Brooklyn around this time last season when DJ Wilson went to dunk on 6-foot-2 guard Dylan Ennis against Villanova and was tossed to the ground.

The Wolverines are still young (and skinny) in the middle, there’s no Mitch McGary walking through that door, but they are bigger and stronger than they were a season ago. The hope is that plays like that will result in two-points, perhaps even three, this year and loose balls and rebounds above the rim will be more like 60/40 or 50/50 balls than 40/60 balls.

Wilson added 20 pounds of muscle and 7 inches to his vertical jump, he’s not the same guy anymore. Ricky Doyle is in better shape, Mark Donnal is bigger than a season ago and Moritz Wagner is just learning on the fly and spending every other hour in the gym. That’s who Michigan has got and sooner or later they are going to have to figure it out.

The Wolverines’ biggest test in the middle tonight will be 6-foot-10, 240 pound junior Jalen Reynolds.

“He is an excellent player. He passes the ball well out of the post, he scores the ball. He’s a tremendous offensive rebounder,” Beilein said. “It’s going to be a challenge for our guys. He went to school with Mitch McGary, he would be a senior if he hadn’t prepped, he’s been around a little bit. He’s been waiting for his turn to really be a focus of their inside game. He’s going to be difficult.”

How will Michigan attempt to stop Reynolds? Beilein isn’t giving away any secrets, but he realizes that the Musketeers have the firepower to make the Wolverines pay if they bring a double team.

“He’s a powerful player. He’s really a powerful player. People have used double coverage, single coverage,” Beilein explained. “Things we’re sorting out right now to see what’s best. We want to have a coverage on him that stops him, but if everybody reads that coverage they are a really good closeout basketball team. When you’re in your closeouts they are driving it right at you.”

Both JP Marcura and Edmond Sumner — who John Beilein compared to Caris LeVert for his length and quickness — have attempted as many or more free throws as field goal attempts from the guard spots. They are both elite drivers that know how to draw contact when attacking the rim.

And that’s just the tip of the iceberg. Backup big man James Farr notched a double-double against Missouri, 15 points and 14 rebounds, while starting stretch four man Trevon Bluiett is probably the best pure scorer on the roster.

“It is time to play a team like this. This team has had incredible success,” Beilein said. “You can go way, way back to Pete Gillen, all the way through. They just continue to win — no matter what league they’re in, whatever. They win.”

This won’t be the Wolverines’ last challenging game of the season, but it will be their first chance to prove they’ve grown up.