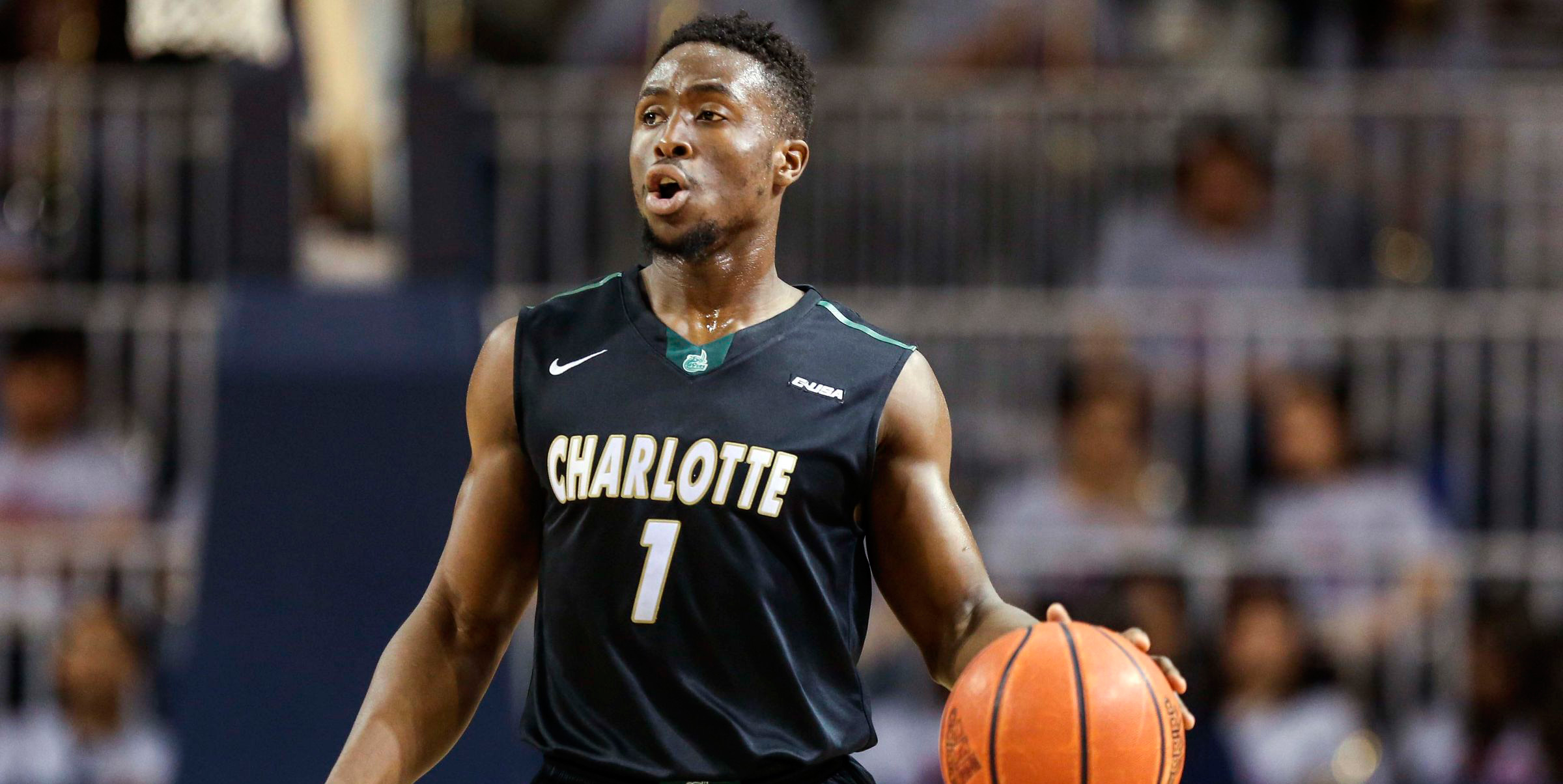 Michigan’s second game in the Bahamas is against the Charlotte 49ers (1-3) in a late night Thanksgiving 9:30 p.m. tip-off.

Michigan’s second game in the Bahamas is against the Charlotte 49ers (1-3) in a late night Thanksgiving 9:30 p.m. tip-off.

Charlotte, ranked 275th by Ken Pomeroy, is the worst team in the field on paper. The 49ers lost to Elon (home), East Carolina (away) and Syracuse (Bahamas) with their lone win over Furman sandwiched in between. The first year of the Mark Price era hasn’t gotten off to the smoothest start as the 49ers have struggled mightily on the defensive end of the floor.

Charlotte has pushed the pace early on this season, averaging 74.4 possessions per game per KenPom, but that tempo appears to have only magnified its struggles on both ends of the floor.

Charlotte’s offense is heavy on two-point shots and isolation play. The 49ers are ranked 286th in percentage of three-point attempts and 291st in assists per made field goal. Charlotte is shooting just 43% on twos (271st) and 33% on threes (183rd) for a 44.9 eFG% (269th). The 49ers are slightly above-average at valuing the basketball, turning it over on 16.6% of their offensive possessions, and are also solid on the offensive glass — grabbing 33.5% of their misses.

Charlotte’s pace creates a frenetic turnover-prone style of play — 49er opponents give the ball away on 22.4% (37th) of their possessions — but also plenty of open shots. Charlotte opponents are shooting a scorching 52.3% on twos (253rd), 41.3% on threes (317th) for a 56 eFG% (303rd). The 49ers have also struggled on the defensive glass as they were pounded by ECU, Furman and Syracuse on their own backboard.

The eight Charlotte players who beat Michigan in Puerto Rico in 2013-14 have all moved on by now, leaving Mark Price with a collection of transfers and underclassmen to mold into a team.

Andrien White leads Charlotte in scoring at 13.3 points per game. White is a 6-foot-3 freshman who is shooting 43% on twos and 41% on threes for the season. His turnover numbers are elevated, but he has just three assists in four games. He’s proven himself as a reliable pickpocket though, grabbing at least two steals in every game.

Braxton Ogbueze (12.5 points per game) is the 49ers leading three-point shooter. He’s 10-of-24 from long distance this year, but is just a 38% shooter inside the arc for his career. Running him off the three-point line will be essential.

Anthony Vanhook leads the 49ers with 11 assists in four games this season, but eight of those came in the loss to Elon. Another freshman guard, 6-foot-2 Jon Davis, has been playing major minutes for the 49rers. He’s shooting 39% inside and 29% outside the arc, but had an improved 9 point, 6 rebound, 4 assist performance in a start against Syracuse.

Pittsburgh transfer Joseph Uchebo could create the most problems for Michigan’s interior defense. Uchebo is a 6-foot-10, 245 pound transfer from Pittsburgh and is Charlotte’s most consistent interior scorer. He’s 15 of 25 inside the arc, gets to the free throw line and blocks shots. Ucebho has been coming off the bench, but he had 16 points on 7 of 13 shooting and 12 rebounds against Syracuse on Wednesday.

Bernard Sullivan is Charlotte’s other primary interior scorer. He’s 6-foot-8 senior who is shooting 44% on twos and also gets to the free throw line often where he shoots just 56%. Sullivan, a former Clemson Tiger, has notched five blocked shots in four games and has been the starter at the four for Charlotte.

6-foot-10 Lithuanian Auburn transfer Benas Griciunas starts at the center, but plays very limited minutes. He’s just 5-of-14 from two and 0-3 from three this season with average rebounding and shot blocking numbers despite his size.

This is the worst Division I team that Michigan has faced this season and needs to be a Michigan victory. KenPom projects an 82-68 final score and gives the Wolverines a 90% chance of advancing to the fifth place game to face the winner of Texas-Washington (who are playing a rematch of their season opener).

Michigan can salvage this tournament with a pair of wins, but finds itself up against the wall with two early season losses in its first four games and more challenging games ahead on the schedule.