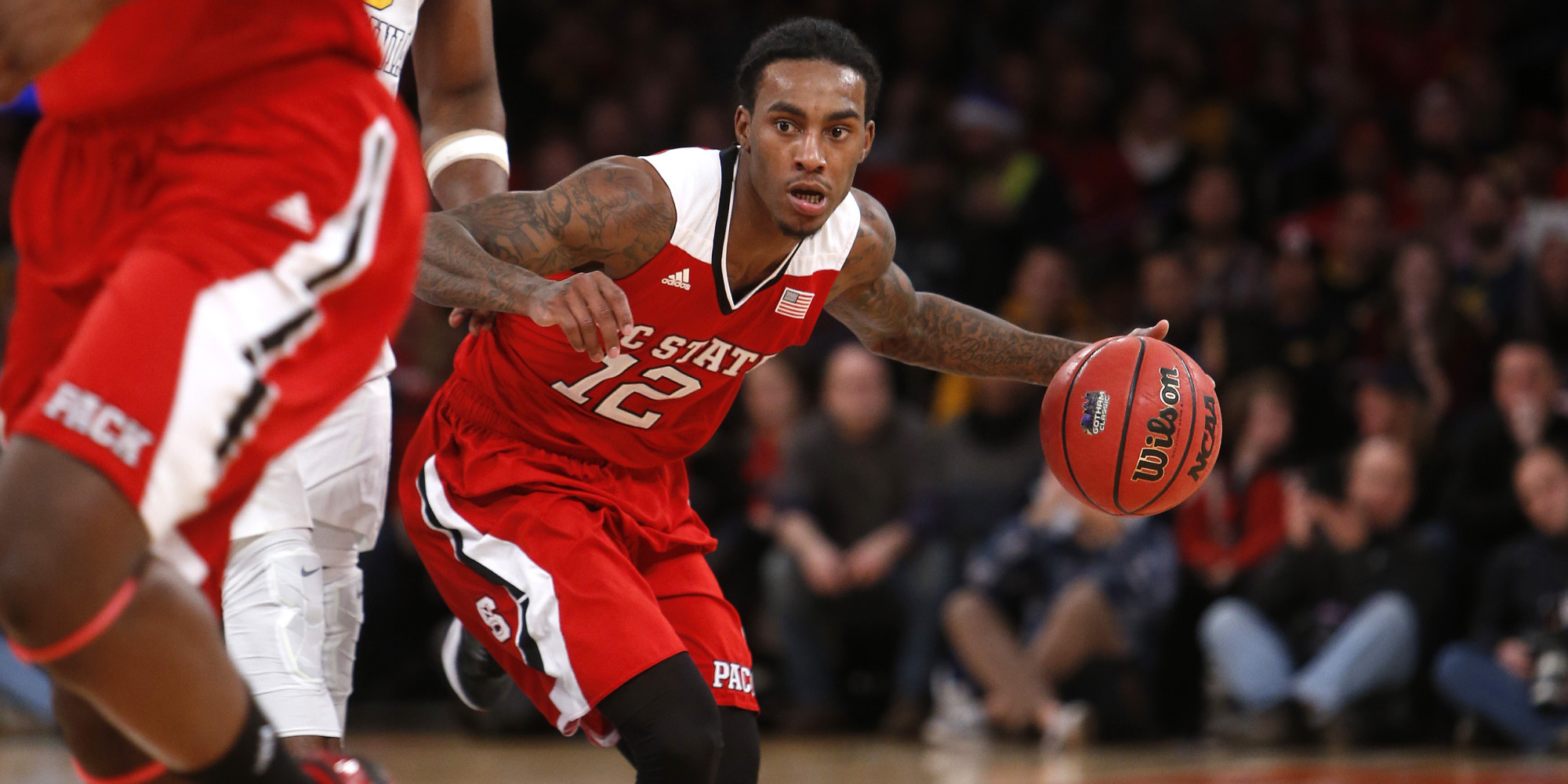 Six games into the year, Michigan has seen its fair share of ups-and-downs. The Wolverines will look to build on the momentum they built with two wins in the Bahamas last week as they travel to Raleigh, NC to take on North Carolina State.

Six games into the year, Michigan has seen its fair share of ups-and-downs. The Wolverines will look to build on the momentum they built with two wins in the Bahamas last week as they travel to Raleigh, NC to take on North Carolina State.

NC State is also 4-2 on the season with losses to William & Mary and Arizona State to complement a nice early season win over LSU and potential No. 1 pick Ben Simmons. The Wolfpack made the Sweet 16 last season, lost a pair of double-digit scorers including Trevor Lacey and Ralston Turner. Transfer guard Terry Henderson was expected to fill some of that scoring void, but suffered an ankle injury 7 minutes into his first game in a NC State uniform.

Offensively, NC State resembles the Texas team that Michigan faced on Friday quite a bit. The Wolfpack shoot mostly twos (27.1% of field goal attempts are threes), have a lightning quick point guard that draws fouls, and a few big bodies on the inside. NC State is a poor shooting team — 47% on twos (200th), 32.4% on threes (212nd) for a 47.6 eFG% (208th) — that feasts at the free throw line (47 free throw attempts per 100 FGA) and on the offensive glass (rebounding 34% of its misses).

The Wolfpack are ranked 9th nationally in average height according to KenPom and that results in a defense that is built around defending the interior. NC State opponents are shooting 40.9% on twos (28th nationally), but have been hot from long distance (35.7%) where they take 39.3% of their attempts. The Wolfpack don’t force many turnovers (on just 16.7% of possessions), but they do a good job of blocking shots and defending the inside while keeping opponents off the line.

If there was some sort of college basketball team statistical similarity score metric, the Wolfpack would grade out similarly to Texas without the Shaka Smart infused pressure defense to force turnovers.

6-foot-2 junior Anthony ‘Cat’ Barber leads the country in minutes per game, averaging 39:10 per contest. The point guard from Newport News, VA uses a whopping 28% of NC State’s offensive possessions and most recently went for 37 points on 19 shots with eight assists in a win over Winthrop. He’s best when he can distribute (31.7% assist rate) or get to the free throw line (86 FTAs per 100 FGA). He’s not an efficient shooter and has made just 38% of his twos this season while going 0-of-7 from three-point range. He’s a 88% free throw shooter and has had double-digit free throw attempts in five of six games including 22 freebies against Winthrop last Friday.

A pair of 6-foot-7 shooters anchor the wings for the Wolfpack. Freshman guard Maverick Rowan and sophomore Caleb Martin both attempt more threes than twos while Martin (40.4%) has been the more efficient long range shooter and Rowan is better inside the arc (57%) than outside (33%). No one else on the NC State roster has made a triple this season, so this duo will be the focus of Michigan’s three-point defense.

The Wolfpack start a two big man look with 6-foot-8, 240 pound Abdul-Malik Abu and 6-foot-9, 250 pound junior Lennard Freeman. Abu is a plus-offensive rebounder and more involved offensively utilizing 26.7% of NC State’s offensive possessions and, similar to Barber, he’s most effective drawing fouls. Abu attempts 45 free throws per 100 field goal attempts and shoots just 47% on two-pointers this season. Freeman is less involved offensively, but he’s dominant on both backboards and appears to be a capable finisher inside.

NC State’s bench is incredibly limited (the Wolfpack are ranked 338th in percentage of bench minutes) since junior guard Terry Henderson tore ligaments in his right ankle during the Wolfpack’s season opening loss to William & Mary. Since the injury, NC State has essentially gone seven deep with one backup wing and one backup big man.

Caleb Martin’s twin-brother Cody is the only wing to play significant backup minutes. He’s not the long-range threat that his brother is (0-2 on the sesaon), but he’s an effective offensive rebounder and finisher around the basket (55% on twos).

6-foot-9, 285 pound, big man Beejay Anya backs up the post position and plays about 50% of available minutes. He’s trimmed down from 325 pounds two seasons ago as a freshman and is a physical presence down low. He’s a 71% two-point shooter and the 16th best shot blocker in the country, but he’s shooting just 35% at the free throw line.

Michigan will play two pivotal road games in the next seven days (with SMU next Tuesday) with a guarantee game against Houston Baptist sandwiched in the middle. With two blown chances for quality wins against Xavier (who looks very good after dominating its holiday tournament) and UConn, the Wolverines are down to these two chances to bolster the non-conference resume as their other five upcoming non-conference foes have three Division I wins among them so far.

Tonight’s game in Raleigh is the more winnable of the two with KenPom projecting a 72-71 Wolfpack victory, giving Michigan a 48% chance at the road win. The Wolverines have the deeper team and perhaps the better top-end talent, but they haven’t played a true road game yet this season and nothing comes easy away from home.