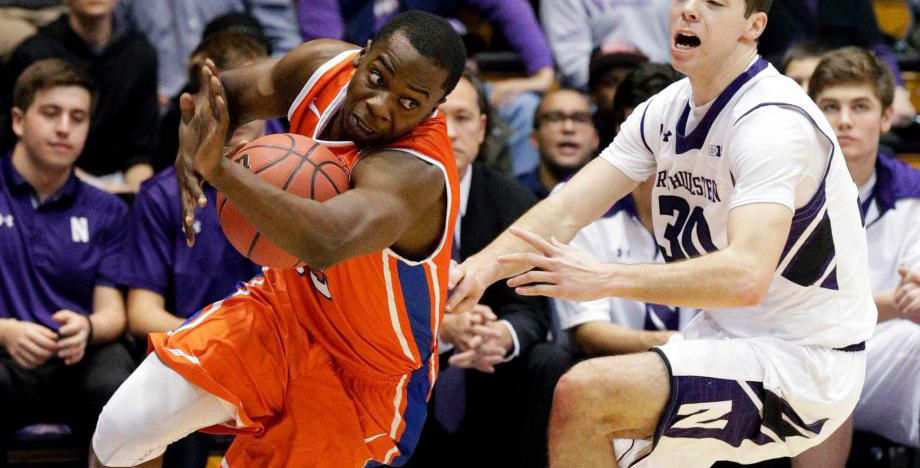 Michigan hosts Houston Baptist on Saturday afternoon in its first home game since November 20th. The Wolverines have grown up through a couple of tough losses and solid wins over the last two weeks away from home and will face the worst team on their schedule to date in Houston Baptist.

Michigan hosts Houston Baptist on Saturday afternoon in its first home game since November 20th. The Wolverines have grown up through a couple of tough losses and solid wins over the last two weeks away from home and will face the worst team on their schedule to date in Houston Baptist.

Michigan isn’t in the spot to take any guarantee game lightly after last year’s disastrous December losses to NJIT (then ranked 293rd per KenPom) and Eastern Michigan (then ranked 132nd), but John Beilein and his staff should have the opportunity to further tweak the rotation and continue to work out some kinks — perhaps resting Derrick Walton — before next week’s tough road game at SMU.

Houston Baptist is ranked 297th nationally in adjusted offensive efficiency and 329th nationally in adjusted defensive efficiency for an overall KenPom rank of 325th. HBU enters Saturday’s game on the back of its first Division I win of the season — a 77-73 home victory against Rice — but is just 2-5 on the season while facing only one top-100 opponent (South Dakota State).

This isn’t a good Houston Baptist offense. The Huskies shoot 44% on twos (271st) and 28% on threes (315th) for a meager 43.6 effective field goal percentage (316th). They turn the ball over on a fifth of their possessions and are just average on the offensive glass. The only thing that Houston Baptist does fairly well is get to the free throw line, attempting 43 free throws per 100 field goal attempts.

Defensively, HBU is awful inside and allows opponents so shoot 55% on twos while still giving up 36% shooting outside the arc for a 55 effective field goal percentage (306th). The Huskies are ranked 324th in defensive rebounding and send opponents to the line 40 times per 100 field goal attempts. HBU has held one team — Crosley’s Ridge — to below a point per possession this season and hasn’t had anything better than the fifth best defensive performance against any of their Division I foes.

Anthony Odunsi is HBU’s only only double digit scorer and the 6-foot-4 senior guard excels getting to the free throw line. He’s attempting 95 free throws per 100 field goal attempts and draws 9 fouls per 40 minutes. He’s a 50% two-point shooting, but has only attempted two threes this season and split the pair. He’s also HBU’s leading assist man, but he gives the ball away on just over a quarter of his offensive possessions.

Colter Lasher averages 9.6 points per game, but the 6-foot-7 junior is an underwhelming shooter. He’s shooting 41% on twos and 28% on threes (with a team-high 25 attempts) and rarely gets to the free throw line. Lahser was a far more effective slasher last season (making 54% of his twos), but he’s struggling out of the gate this year.

Reveal Chukwujekwu doesn’t just have a terrific name, he’s also a great rebounder at the guard spot. Chukwujekwu rebounds 13% of HBU’s misses and 18% of his opponents’ misses despite his listed 6-foot-3, 205 pounds. He’s also a foul magnet (80 FTA per 100 FGA), but his 31% two-point shooting percentage makes me think many of those offensive rebounds could be off of his own misses.

Sophomore Josh Ibarra averages 8 points and six boards and gives HBU some legitimate inside size at 6-foot-11, 250 pounds as he’s one of just two regular rotation players to measure in over 6-foot-7. Ibarra is great on the defensive glass and he’s also a terrific passer (a 25% assist rate) and shot blocker while making 60% of his twos.

Jourdan Stickler and Trey Patterson are both 6-foot-4, 180 pound guards that play significant minutes. Patterson is the 2-point shooter (8-of-15) while Stickler is the three-point specialist — 6-of-16 outside and 3-of-18 inside the arc

Asa Cantwell comes off the bench and fires up three-pointers. He’s 7-of-23 from deep on the year and just 1-of-4 inside the arc.

Michigan might not be nearly as motivated to blowout an overmatched opponent as it was against Charlotte in the Bahamas, but this game should be a blowout. KenPom projects a an 83-60 Wolverine victory, giving the Huskies just a 2% chance at the road upset.