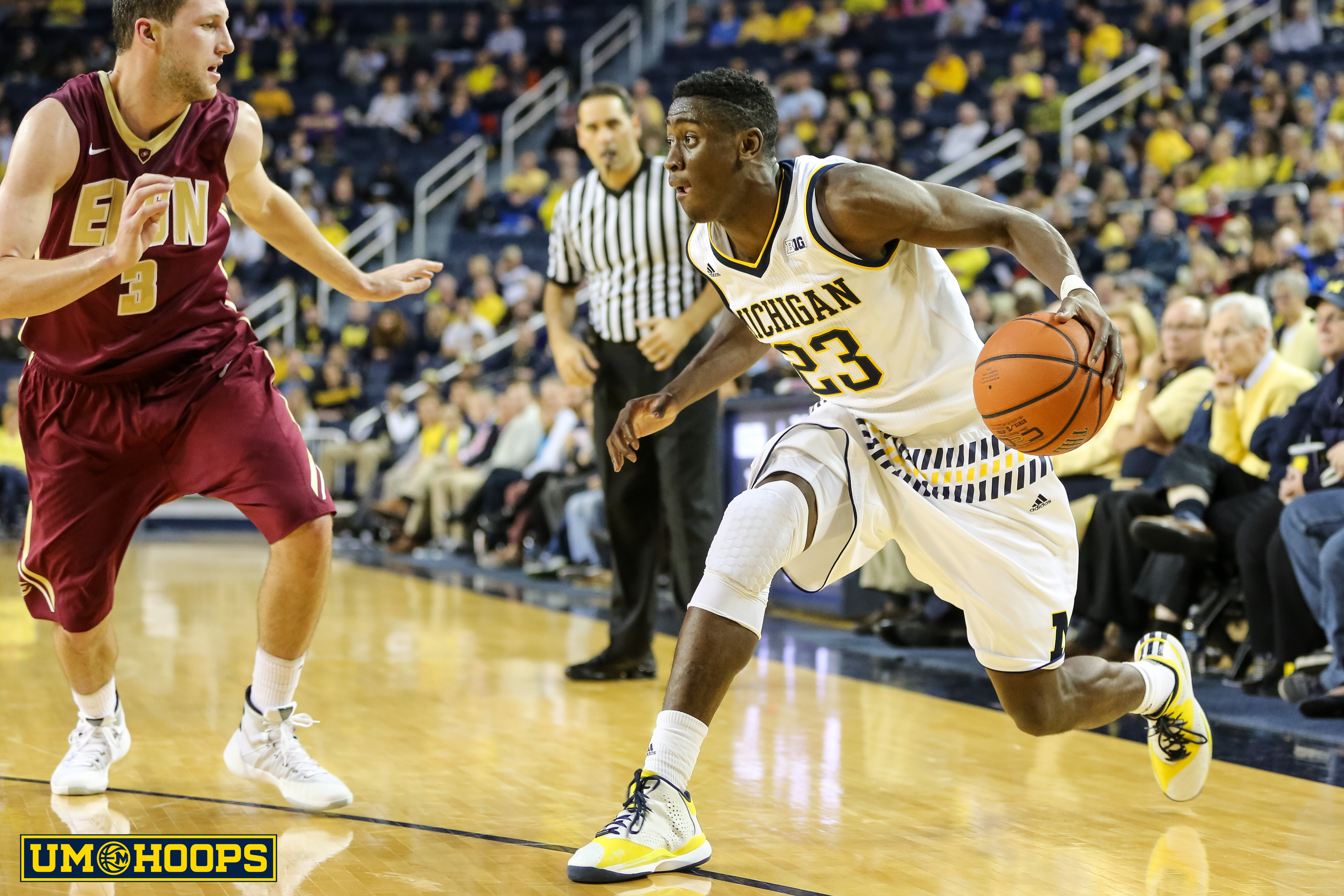 The Wolverines (6-2) travel to Dallas to take on No. 22 Southern Methodist. It’s the last high-quality opponent they will play in nonconference play, and another chance to pad their resume.

Last Tuesday, the Michigan basketball team went on the road against an NCAA Tournament team, spread the ball around and held on for a quality win over North Carolina State without its starting point guard. This Tuesday, it gets to do it again.

The Wolverines (6-2) travel to Dallas to take on No. 22 Southern Methodist (9 p.m., ESPN). It’s the last high-quality opponent they will play in nonconference play, and another chance to pad their resume.

“If you can play two road games against quality opponents in your nonconference (schedule) and go 2-0, that’s a heck of a start as you go into the conference season,” Beilein said. “If we win at SMU, that’s really going to help us.

For the second week in a row, Michigan may have to win without junior guard Derrick Walton Jr., who is still rehabbing a lateral ankle sprain.

Beilein didn’t know on Monday if Walton would play, but noted that he learned his lesson last season of rushing Walton back from injury.

“If he does try and play and he can’t do it, he’s got to come out,” Beilein said. “It’s a very tender area of your body, and you also want to make sure that you don’t hurt him for down the road. An ankle injury will plague you all year long if you don’t allow it to heal.”

Even if he does return, it will likely be in limited action, meaning that it will be on his backups — sophomore Muhammad-Ali Abdur-Rahkman and senior Spike Albrecht — to guard Nic Moore, the Mustangs’ star player.

More notably, the 5-foot-9 guard was able to defy Michigan’s length last year, scoring 17 points and leading the Mustangs to a 62-51 victory.

“His pace and how he sees the floor and how he just runs the SMU offense beautifully,” said Beilein, who has coached three NBA point guards in eight seasons at Michigan. “He picks his spots. He’s still a high-volume shooter and never looks like, ‘Hey, this is all about me.’ He really makes great decisions. He gives you just enough aggression on offense to realize that you really have to guard him.”

For its own part, Michigan will be SMU’s toughest challenge yet by a considerable margin. The Wolverines boast one of the best offenses in the country, and at 32 will be the highest-ranked team in the KenPom ratings to play SMU by 54 places (Yale is second at 86).

And though the Mustangs don’t have an obvious answer in the event that senior guard Caris LeVert and redshirt sophomore forward Duncan Robinson continue their hot shooting streaks, SMU can try to outpace Michigan.

Even with almost every player returning and plenty of time to work on things, the Wolverines continue to allow defense to be a sore spot, ranking just 91st in the country in adjusted defensive efficiency.

“We have the same mistakes happen a lot, and we’re just working on them, that’s all we can do. In this span right here we don’t have a lot of time between rest and practice to work on the fundamentals defensively — we’ll be more scouting-report specific.”

Win or lose, Michigan gets a reprieve after its trip to Dallas with games against Delaware State, Northern Kentucky, Youngstown State and Bryant. But sporting a so-so 2-2 record against quality opponents thus far, the Wolverines have one last chance to make an impression in nonconference play.