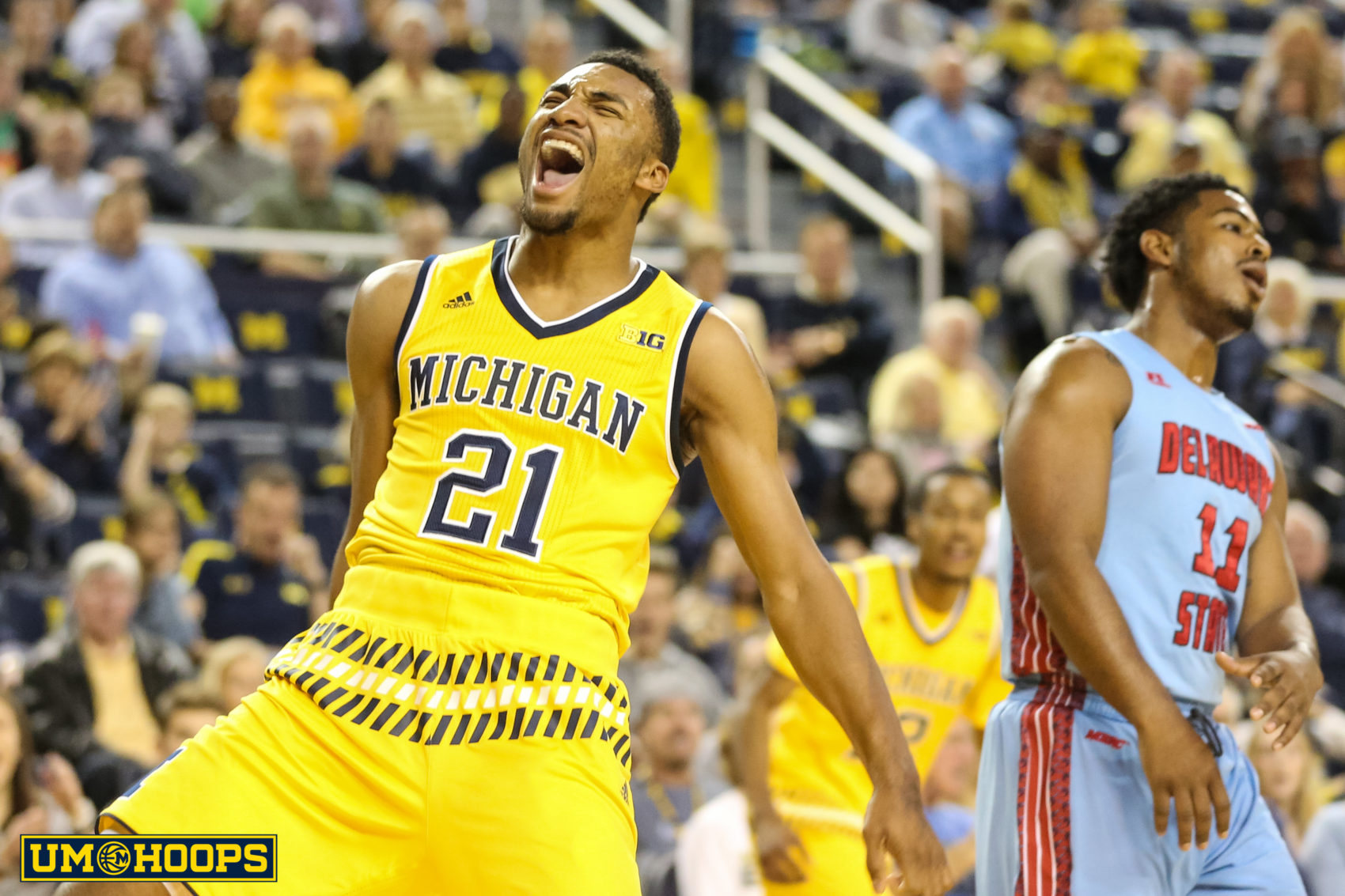 Though the Michigan basketball team is struggling with injuries, post play and defense through 10 games this season, the Wolverines got a break Saturday. Playing the winless Delaware State, Michigan (7-3) led wire-to-wire in an 47-point blowout win.

Though the Michigan basketball team is struggling with injuries, post play and defense through 10 games this season, the Wolverines got a break Saturday. Playing the winless Delaware State Hornets, Michigan (7-3) led wire-to-wire in an 47-point blowout win.

The Wolverines are 1-0 in the post-Spike era. We look at some of the key points of their win over the Hornets (0-9).

As usual, Caris LeVert led the team in scoring (15 points), and Duncan Robinson hit several threes, but Irvin showcased explosiveness that had been noticeably absent since he underwent back surgery in August. Irvin threw down back-to-back dunks in the first half, and ended up second in the game with 12 points and led the team with eight rebounds and two steals. His jump shot continues to be erratic, but he’s making a positive impact for the Wolverines.

It was over when… The game was more or less decided from the opening tipoff based on the matchup, but the Hornets played themselves into a deeper hole by opening the game with exclusively jump shots on offense. Failing to put Michigan on its heels and doing little on defense, Delaware State put itself in the loss column in the opening 10 minutes, falling behind, 27-8 and allowing the Wolverines to empty their thin bench early.

Key Stat: Michigan outscored the Hornets, 36-10 in the paint, with most of Delaware State’s points coming in the waning minutes of the game. From the guards to the forwards, the Wolverines showcased an ability to finish drives and also got Ricky Doyle involved inside with 10 points on perfect 4-of-4 shooting.

Dawkins was replaced by Duncan Robinson in the starting lineup and looked out of sorts in 19 minutes of action. He was just 2-of-8 from the floor, including two missed dunks, with a pair of turnovers on the night. He knocked down a triple late in the game, but Michigan will need last year’s breakout freshman to find his confidence heading into Big Ten play.